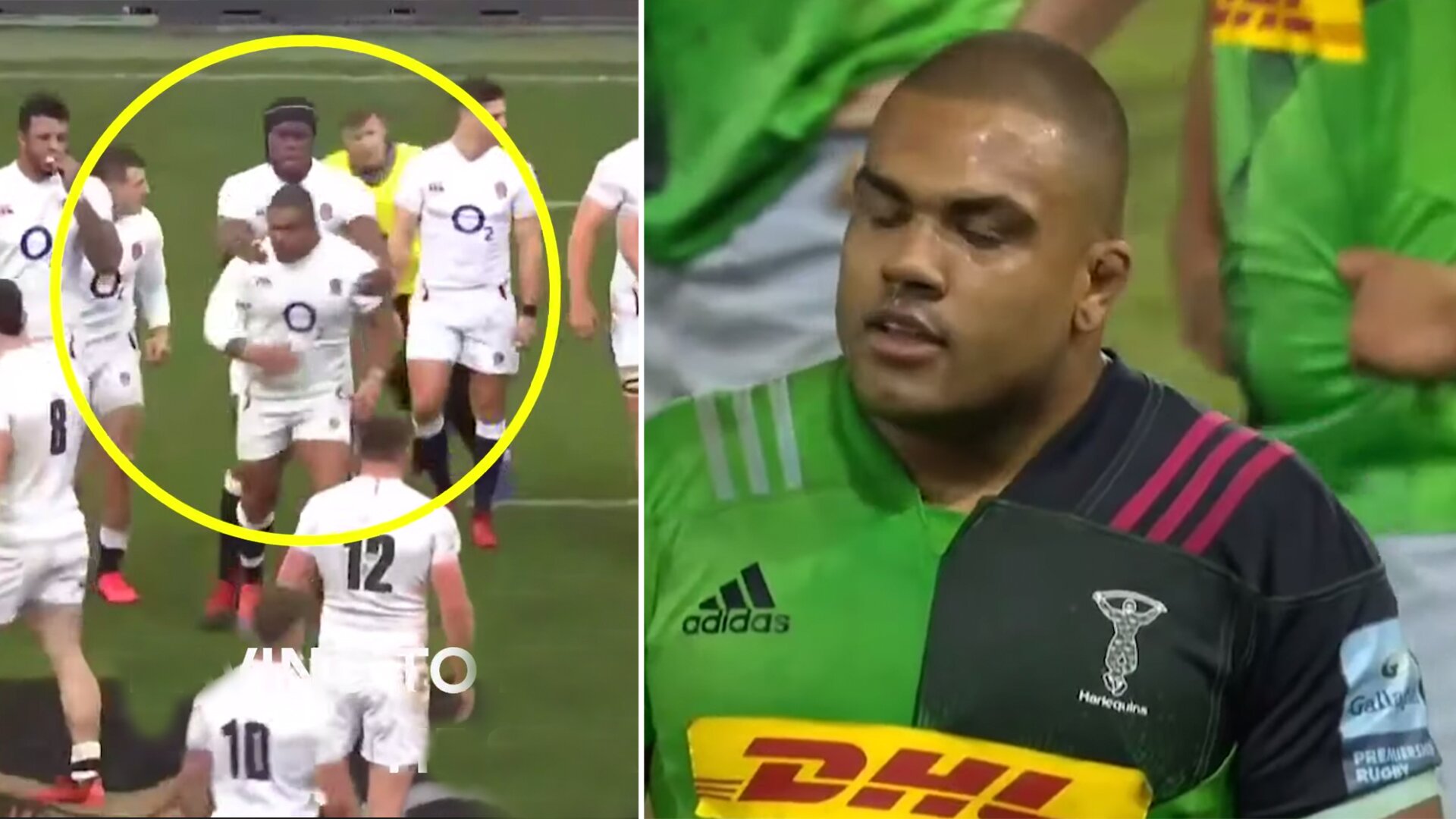 A damning new video has sadly proved that England prop Kyle Sinckler does not have what is necessary to help the Lions beat South Africa in 2021.

The video focuses in on the poor temperament of the Bristol Bears prop, from watching it, it really shows just how much of a liability the front row player can be in the team.

Back in 2017, we were tipping him to be the best prop in the world.

Kyle Sinckler is one of the favourites to start against South African in the British & Irish Lions Tour, if it goes ahead. But, after watching this compilation, you would be forgiven for thinking that he should not be picked at all.

We did not get a proper chance to see how the 27-year-old would handle would handle the South Africans during the 2019 World Cup final because he came off concussed so early in the game. Could England have been handed an even worse beating if so?

I just can’t like Kyle Sinckler, kid is a liability

Why did Kyle Sinckler just do that? presumably Harlequins will transfer list him now. he seems a liability

The turning point in this game was Kyle Sinckler being an idiot. #WALvENG #6Nations

Couple this with his lack of form for Bristol since his move in 2020, and we are looking at a player that would seriously struggle against the Springboks and their abrasive tactics.

The video here has already ammassed nearly 200,000 views online, and you can see why this is the case from the content within the video.

The Lions have many options at prop instead of him, Furlong, Fagerson, Francis?

Does he really have what it takes to dominate at the highest level for South Africa?

This video would certainly suggest not.