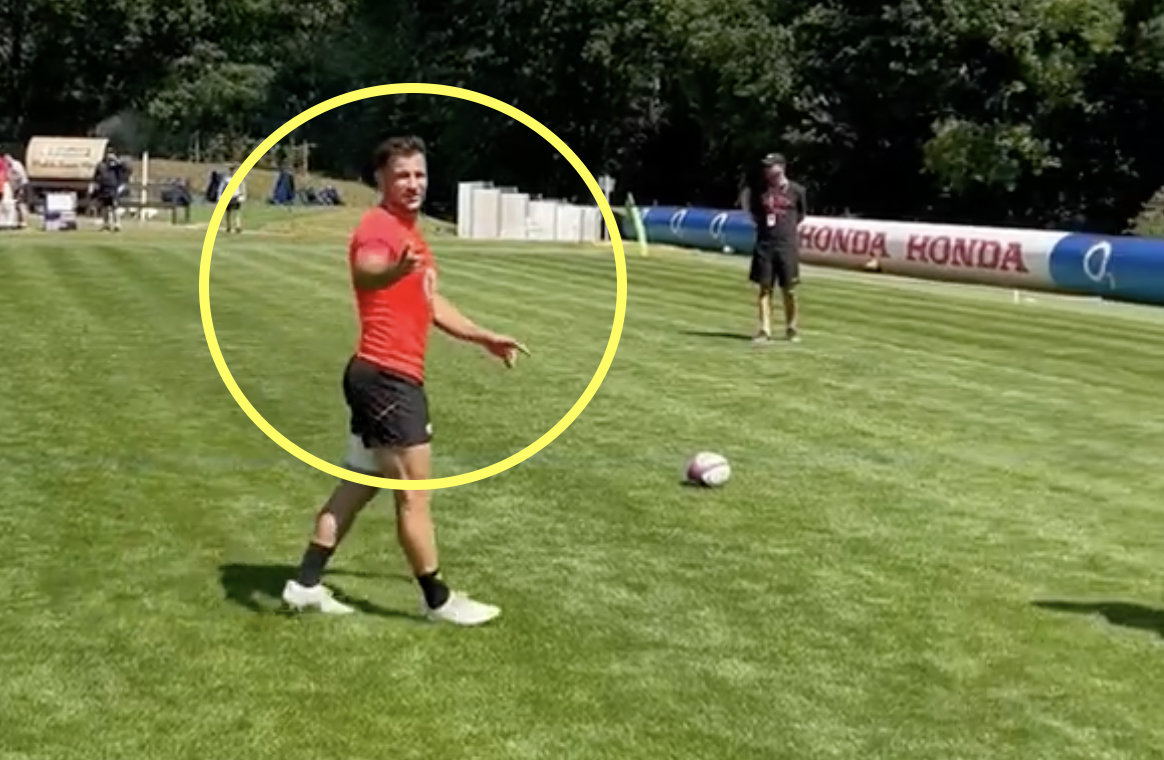 Eddie Jones’ England squad had a surprising new/old face in it this week in the shape of Danny Care, who earned his first call up after almost four years out of the Test set up.

The Harlequins scrum-half is poised to make his England comeback this Sunday against the Barbarians after many people thought his Test career was over, and at the age of 35 it is understandable why. Then again, he is in the form of his life at the moment, and has been for 18 months, and deserves to add to his 84 caps in July against Australia.

Care was actually set to be part of the Barbarians camp for this match, but in a strange series of events may be donning the white shirt again.

But after all this time out, he is not showing any rustiness, and has brought plenty of confidence to the England camp. A video has been shared this week of the No9 practicing drop goals, where he nailed one from outside of the 22 with his weaker foot (left foot), before turning to the camera. The Quins star already has three drop goals to his name in his Test career, and by the looks of it he is in good shape to add to that.

This is what Jones said after announcing his squad: “This is a strong, diverse squad. There are a lot of exciting, young players and some experienced players who have another opportunity to shine.

“Everyone will be given the chance to make their case for being part of the Australia tour squad while we prepare for the Barbarians.

“The Barbarians game at Twickenham is always a great rugby occasion and we know the fans always have a great day out, watching a really entertaining game.

“We’re looking forward to working hard on the training pitch this week so we’re ready for a fantastic match on Sunday.”