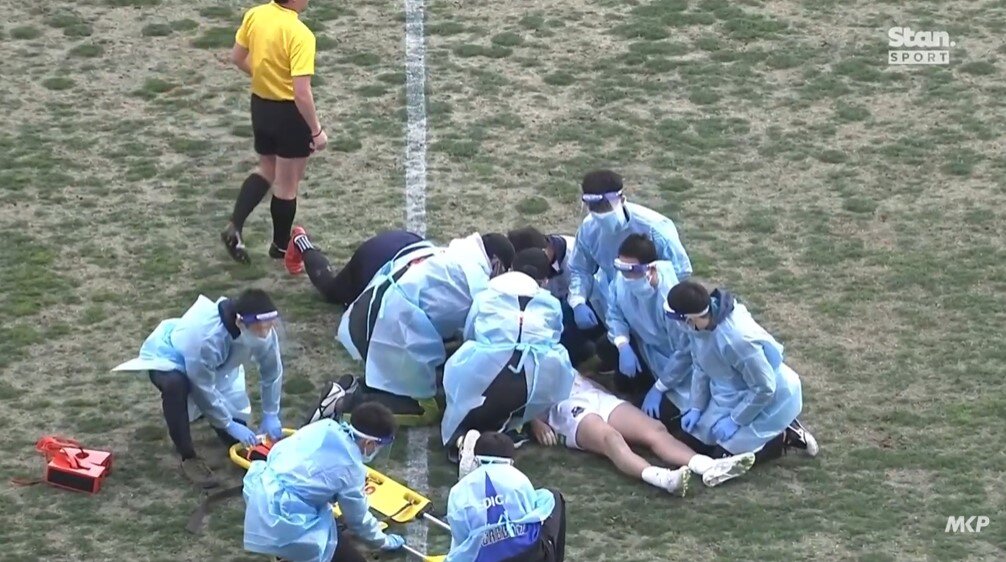 The sound of this collision in Japan is chilling. The awful and accidental incident happened during the Shining Arcs Tokyo-Bay Uraysu vs Toyota Verblitz Round 9 game of the Japan Rugby League One at the Paloma Mizuho Stadium in Nagoya City.

One of the worst we’ve seen, and we hope that the player involved – – Ryo Tsuruda – makes a full and speedy recovery. The other player, Will Tupou didn’t seem to be injured.

It’s an interesting one with regards the laws. Both players contested the ball simultaneously and fairly, but it’s resulted in a head collision, one of two coming off worse than the other.

If it happened in Europe, would one or even both players be sent off?

The Springbok Sevens will start the HSBC Canada Sevens as the most successful team at BC Place in Vancouver, having played the most Cup finals of any of the 16 teams at the sixth tournament of this year’s HSBC World Rugby Sevens Series.

They finished second in 2016 and 2017 before winning their maiden Cup title at this event in 2019, before claiming gold for the second time in 2021, and come into the tournament as defending champions and, for good measure, at the top of the World Series standings.

However, these statistics were not on their minds as they arrived in Canada on Monday – it was the three successive defeats and the rash of penalties conceded in those matches that worried Blitzbok coach Neil Powell.

And for good reason, as Powell explained: “The number of penalties was a worry – we are more disciplined than that and have been for a while,” he said.

The high number of penalties conceded prompted a chat to the match officials to get clarity and left Powell with a clearer picture for the Canada event.

“We did chat to the officials to understand where we made those errors in order to rectify them,” said Powell.

“It was a combination of frustration on our side and interpretation on theirs. We sought clarity and got that.

“The feedback to the players was that we need to give the referees a better picture of what we do. We know the rules it was just a reminder of what was wrong and what not. There should be no issues this weekend,” he added.