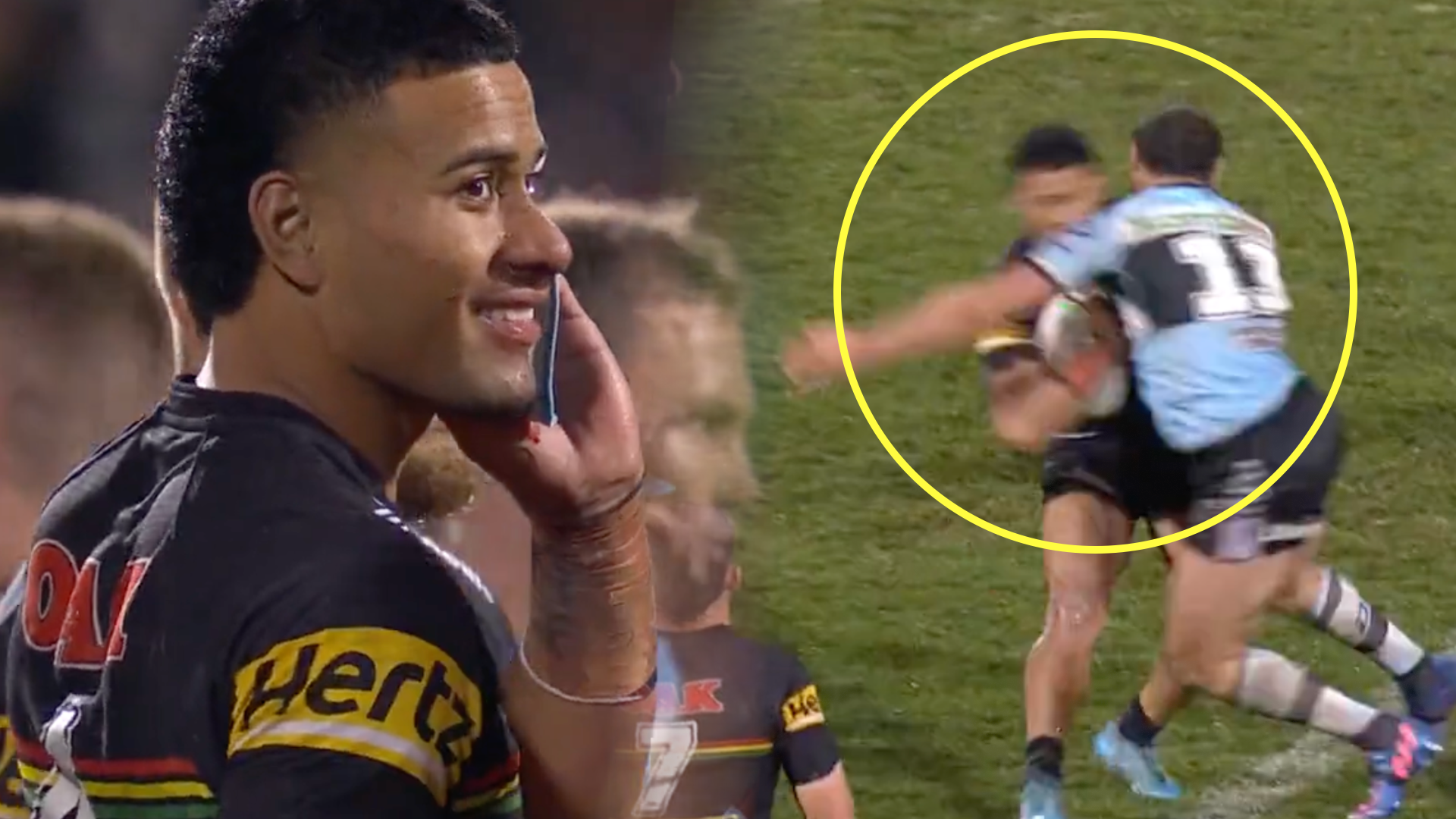 If anyone wanted an insight into the difference between dealing with head contact in rugby union and rugby league, look no further than the events of the last month in both codes.

Head on head collisions were a defining feature of the series between the All Blacks and Ireland, with the decision to red card Angus Ta’avao in the second Test and to only yellow card Andrew Porter in the third Test proving to be pivotal. Nevertheless, both players were still carded.

However, in the NRL over the weekend, there was a similar tackle to the ones seen in New Zealand, though this one created a fair more gory injury, at least superficially. It came as the Panthers hosted the Sharks, with the visitors’ Dale Finucane rushing out of the line to make a hit on Stephen Crichton. However, a slight mistiming of the tackle saw a head on head (or more specifically ear) collision that completely split Crichton’s ear almost in half. Crichton seemed to laugh the hit of initially while he had a towel over his ear, but that does not lessen how gory it is.

However, the key difference here was that Finucane was not penalised on the pitch for the collision. This was discussed on the Sunday Footy Show in Australia, where the team debated whether it was a penalty or not, as they all agreed it was an accident. Of course, so were Ta’avao’s and Porter’s tackles in union.

Finucane has since been charged and could face a ban when he faces an NRL judiciary this week. The events of this week will probably show what differences there are between league and union, as Ta’avao also copped a three week ban. Having said that, Porter avoided a ban after the match, and just had the yellow card.

This was the hit and the panel talking about it:

On top of the ear injury, Crichton also suffered a concussion. His ear has since been operated on though, and pictures have been shared online both of him post surgery and just after being hit, and it is quite gruesome. Take a look at the pictures (WARNING: GRAPHIC):