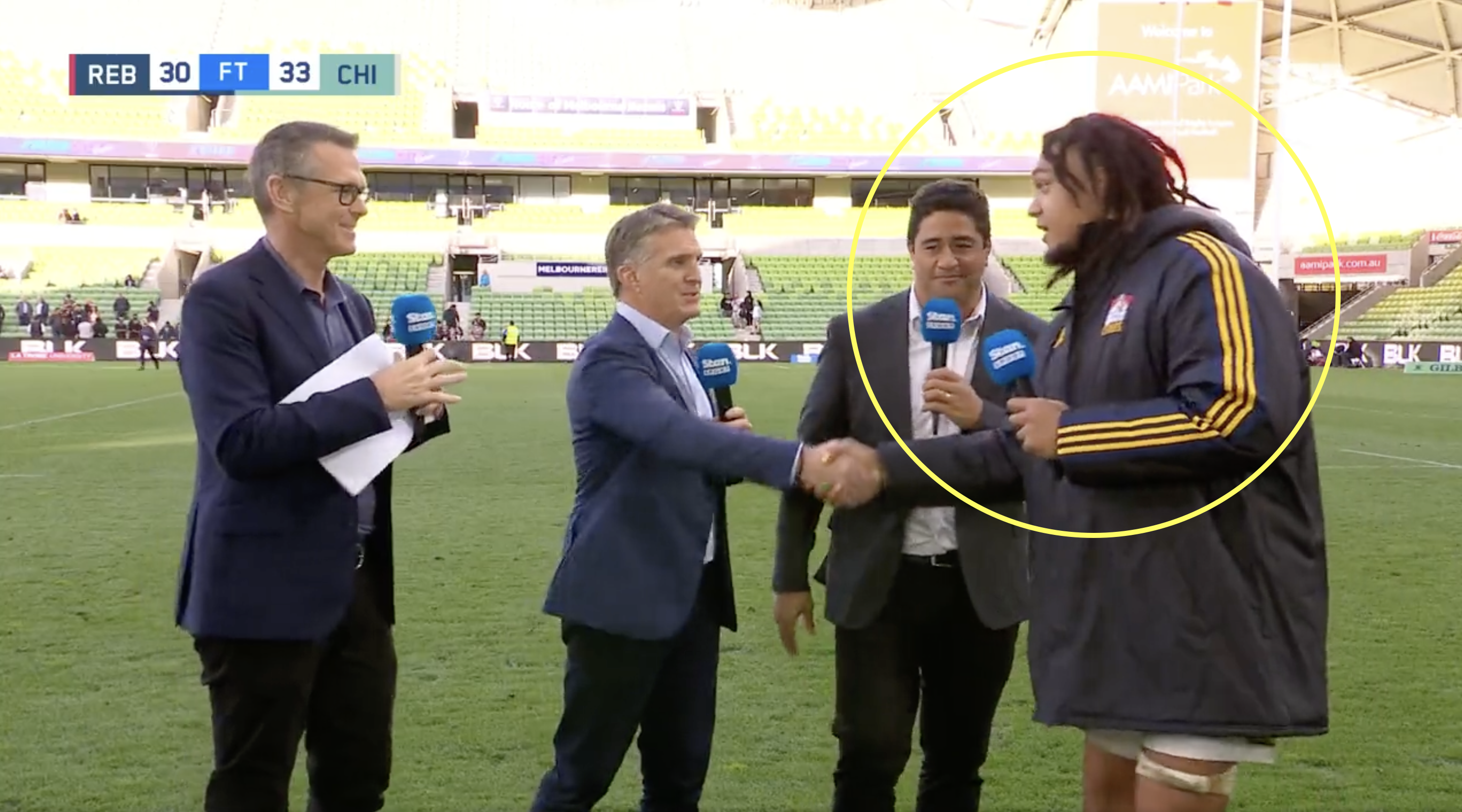 Chiefs lock Naitoa Ah Kuoi set the bar for how players should act in post-match interviews after their team have won.

After coming away with a close 33-30 win over the Rebels at AAMI Park on Sunday in Super Rugby Pacific, the 22-year-old Kiwi was named man of the match. He joined the Stan Sport team of Nick McArdle, Tim Horan and Morgan Turinui a while after and gave quite a memorable interview.

The interview ranged from the lock singing Stevie Nicks ‘Edge of Seventeen’, discussing an ideal playlist with Horan and also asking for a job after his career is over.

On a serious note, they eventually discussed rugby as well. Ah Kuoi talked about his own game, and also the moment he was absolutely flattened by the Rebels’ tighthead Pone Fa’amausili.

“For me, I guess there are a lot of good locks in our ranks,” he said. “Three other All Blacks locks, so I’ve just got to, when I get the opportunity to play, come and do my thing. For me, I like to be elusive, probably you can see if I ran it straight the No3 came and bopped me. So I like to just get out the way, throw a fend out, a little bit of footwork. But yeah, I don’t want to get smoked too many times.”

The win left the Chiefs in fourth place in the Super Rugby Pacific table, and they will be hunting down a home play-off berth. However, the lock said his side are only focusing on the job right in front of them.

“We’re making sure we don’t get complacent,” he said. “If we got complacent we probably would have come away from here with a loss, so we’re just making sure every week we’re ticking it off and building towards a home quarter-final hopefully, but that’s just a little bit later in the season. For me, just keep it relaxed, loosey goosey, bit of reggae, bit of Rasta.”

Is this one of the best post-match interviews of all time? 😂 #SuperRugbyPacific #Rugby #StanSportAu pic.twitter.com/kYW21POhWm