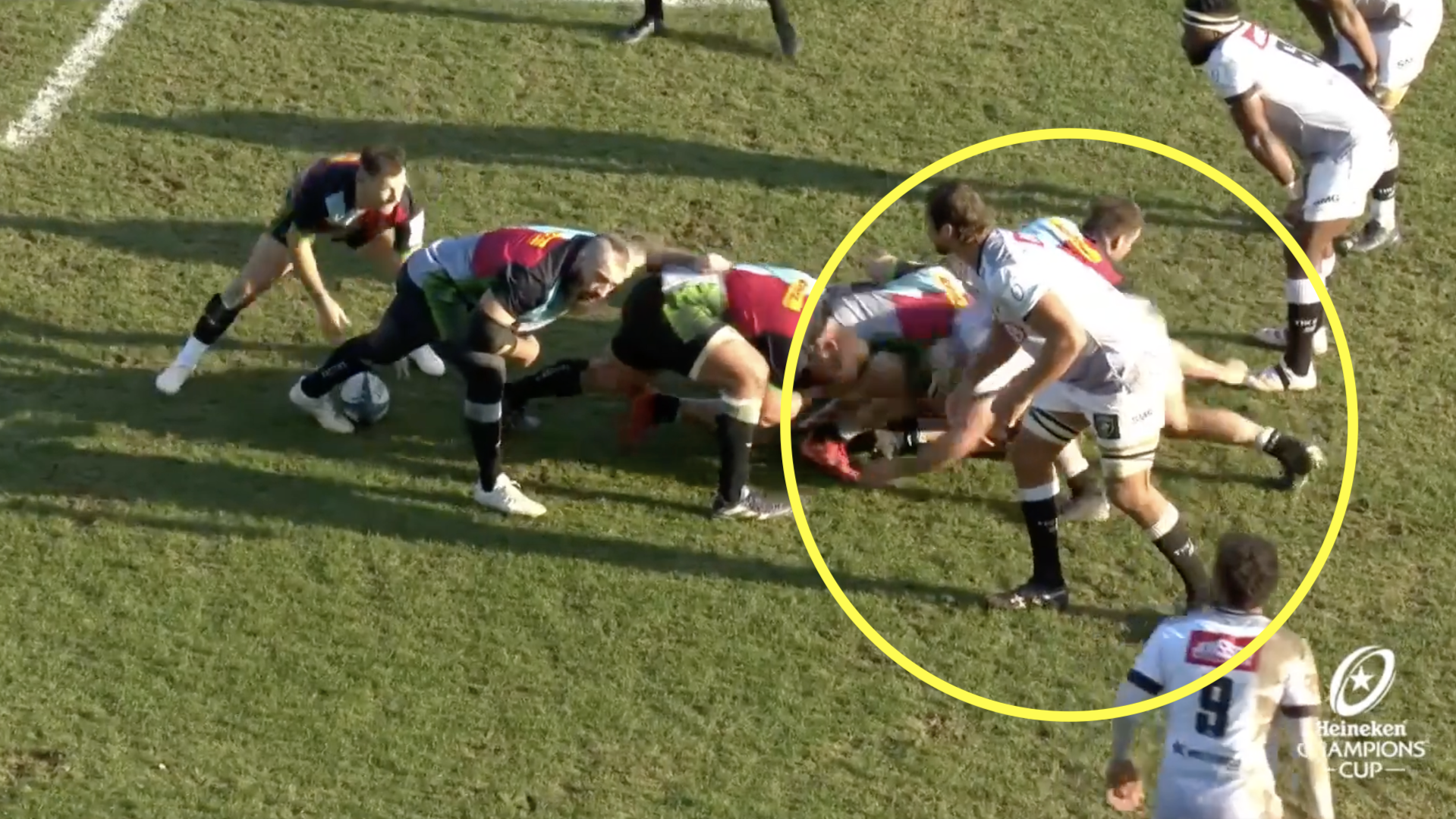 Eben Etzebeth knows his stuff, and showed he clearly knows the laws of rugby like the back of his hand to hoodwink Harlequins completely on Saturday.

Up against Quins in the Heineken Champions Cup at the Stoop, the Sharks lock showed a rugby IQ that seemed to be higher that the entire Quins team’s combined.

The hosts had possession in their own half with a minute left of the first 40, and had shaped up to box kick into the Sharks’ half. Quins had set up a caterpillar ruck, with England prop Joe Marler at the back of the ruck. However, after the ruck was shunted, Marler suddenly only had a hand on the ruck, rather than a shoulder, which Etzebeth astutely saw.

The Springboks lock snapped up the ball right in front of Danny Care and went in to run in a try from 40 metres out to mean his side only trailed by two points at half time.

This was a genius knowledge of the laws of rugby, as, not only had none of his teammates picked up on Quins’ rucking, but the Quins players themselves (or at least Marler) were not aware of this either. Etzebeth’s stock continues to rise with every game.

🐛🦈 @EbenEtzebeth does not fear caterpillars!

He's disrupted a few in the first half, and now gets his hands on the ball and races to the line.