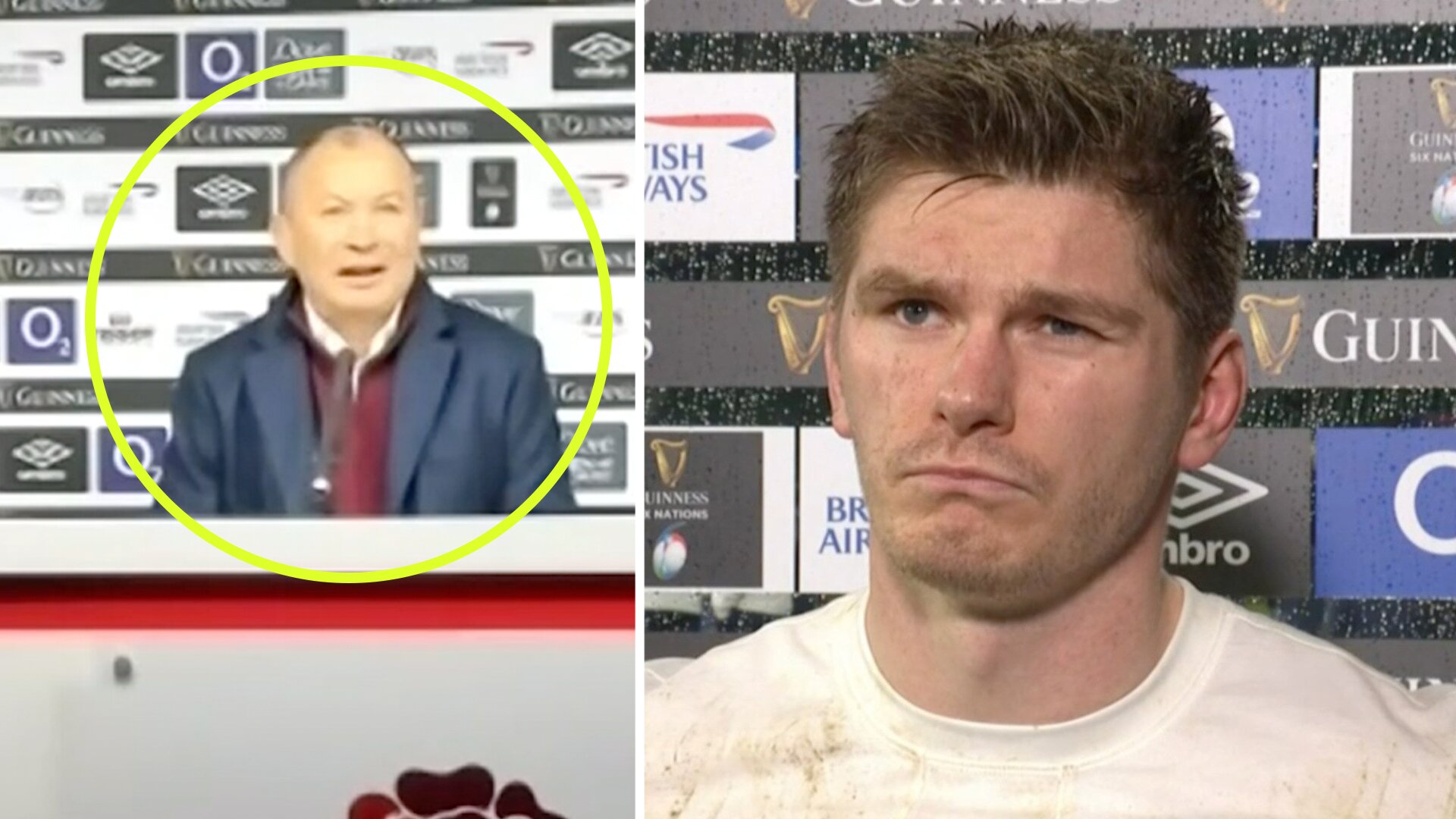 England rugby coach Eddie Jones was in a particularly prickly mood today after his side’s shock loss against Scotland in the Guinness Six Nations,

The Australian appeared in front of the media directly after the loss to the scots in the championship this weekend. He was in no mood for banter after the shock loss and he was particularly prickly with members of the media after questions about the performance of his side were raised.

The England coach took exception to questions from journalists when players like Ollie Lawrence were questioned.

When a journalist asked if England should look to play more of an expansive playing style he responded by saying, “what are you even talking about mate”.

Owen Farrell was particularly salty in his post-match press conference, getting similarly frustrated with the line of questioning that some of journalists took.

English rugby star Cam Redpath had an incredible first cap for the men in blue, beating the side that he couldn’t get into in the first place. Brutally poetic!

Here is the press conference, look at how short Eddie Jones is with his replies to the media here after the Scotland loss, and you can see he is beginning to actually get quite angry here.

You can see things start to descend pretty quickly when the media start directly questioning whether England had the right playstyle going into the game!

Rugby Onslaught will continue to investigate all passages of news as this continues.