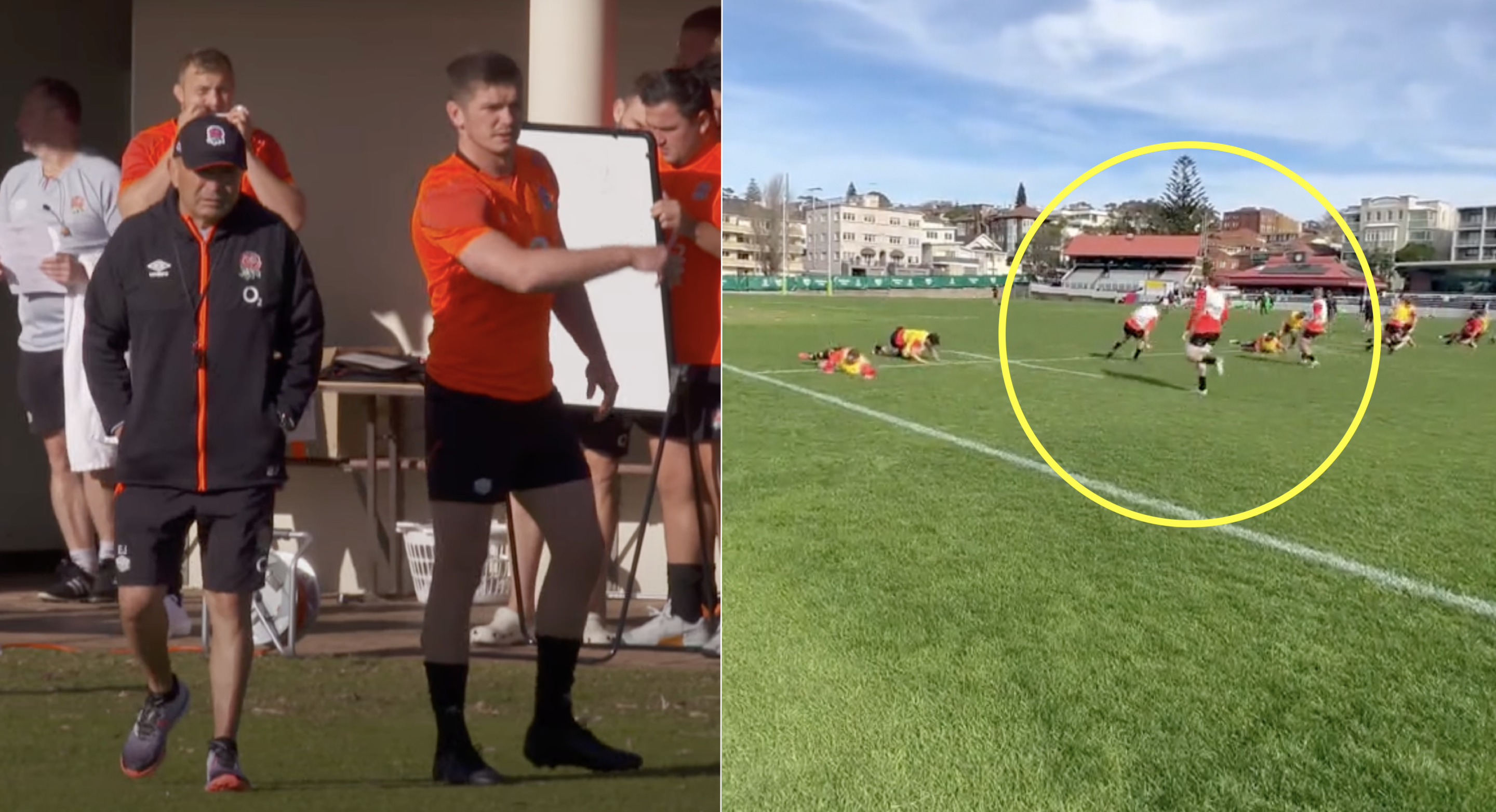 England Rugby made a grievous mistake today which was to share a video of the England team doing a fitness drill in Sydney as they prepare for their third Test against Australia on Saturday.

The point of the video was probably to show what an engine Henry Arundell has, as the young fullback showed off his pace and fitness to win the challenge- which was running from the line to the 22 and back twice. Unfortunately, it also showed who the loser was, and it appeared to be lock Jonny Hill. This is of course not surprising that a 112 kg, 2.03 m lock would come last, but is still not a good look.

The Sale Sharks bound second row started poorly with a slight slip and did not pick up from there, as he came comfortably last. Then he had the embarrassment of the video being posted all over social media.

Of course, Hill’s job is to not run quickly on the pitch, it is to push and pull players’ hair until they react and get given a red card. He also serves the role of the ‘big lock’ alongside Maro Itoje that Jones seems to favour over Courtney Lawes, who he has moved into the back row.

It is wrong to have a go at Hill for his pace in the same way that it would be wrong to have a go at Marcus Smith for his lineout lifting. Then again, a quick pack is always handy in this modern game where ruck speed is king. France have even opted to field Cameron Woki, traditionally a flanker, in the second row purely to speed up the game. England, by the looks of it, are not going the same way as the Six Nations champions though.

Take a look at the fitness drill: