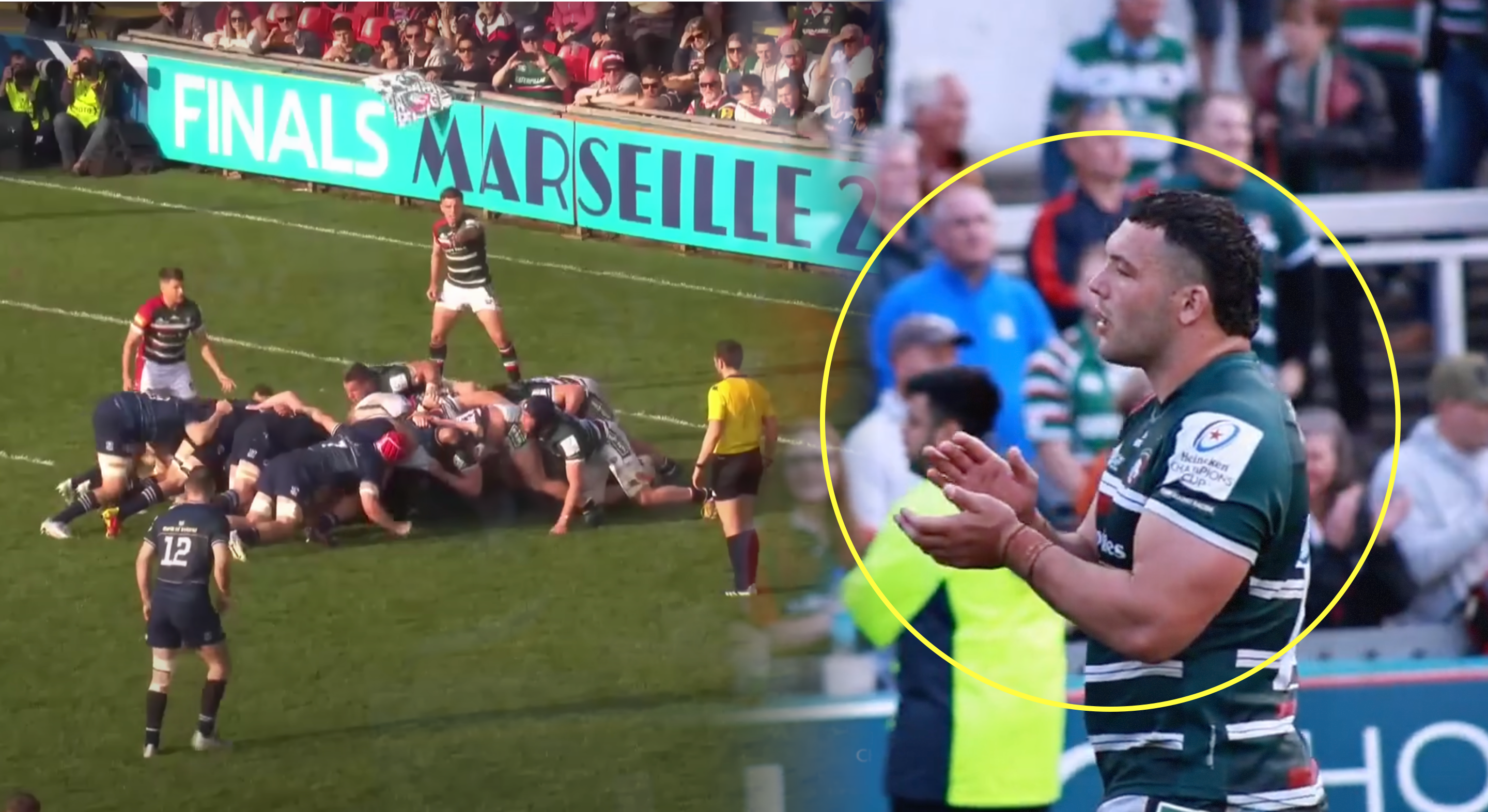 Ellis Genge is one of those players that is loved by his own fans, and perhaps less so by the opposition given his style.

The Leicester Tigers captain is in his opponents’ faces every minute he is on the pitch, be it with the ball in hand, in defence or with his mouth.

Though his side were on the wrong side of the result against Leinster on Saturday at Welford Road in the Heineken Champions Cup quarter final, he tried his hardest to get into the head of his opposite man at scrum time, tighthead Michael Ala’alatoa.

Footage has been shared on Twitter of the loosehead gesturing at the Samoa prop before saying “what’s your name?” just before the scrum engaged. His tactics may not have worked, however, as the Leinster scrum came out on top on a number of occasions in the 23-14 win.

Genge was also quite vocal after the match, dismissing the fact that the visitors had 13 internationals playing.

“We came out there and we fought as hard as we could. They have 13 internationals but don’t put us in that bracket of ‘we gave it a good crack’. We could have won that game,” Genge said.

“Our boys fought all game so I’m not going to come here for someone to say we gave it a good crack and we’re plucky losers.

“I don’t want to give an excuse and say they had two weeks off and we were knackered. I would play again now if it meant we had another crack of the whip.

“Being centrally contracted, they benefit from being able to rest players as and when. I’m just upset at the missed opportunity.

“I’m gutted because of the difference from the first half to the second half. From 20-0 down to win the second half 14-3 shows where we should have been at.

“They are a brilliant side and if you play like that in the first half against a team like that then you are going to get punished.