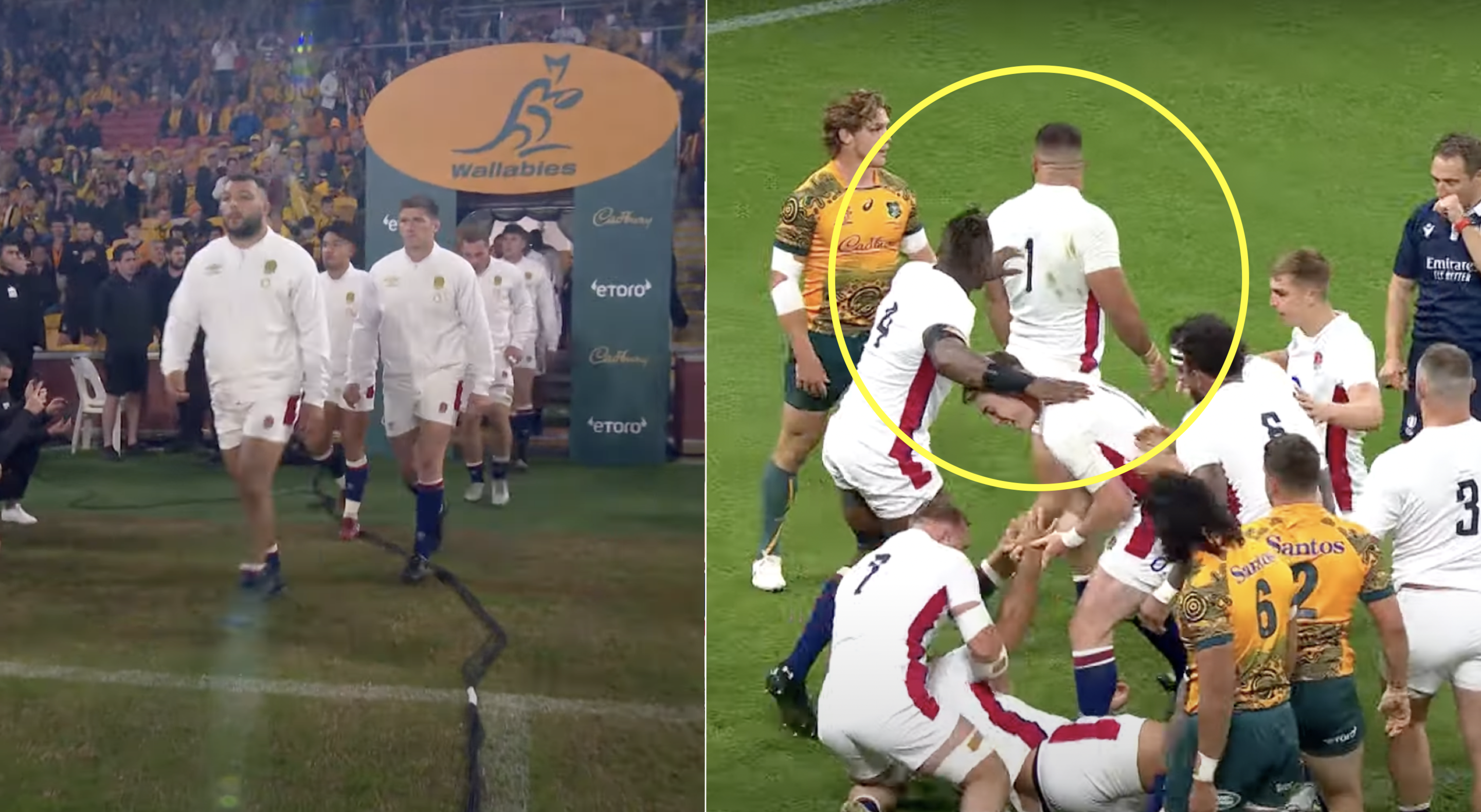 Ellis Genge was on a mission yesterday against the Wallabies in what was a much hyped head to head battle with Taniela Tupou.

From almost the first minute the loosehead was tearing through the middle of the Wallabies’ defence, and that level of intensity remained while he was on the pitch. Of course that boiled over in some areas, which included his penalty for an elbow to the head of Australia scrum-half Nic White late in the second half.

While those instants remain some of his standout moments of the match, there was one moment early on which perhaps summarised why he might get under the skin of rival fans. The moment came just after Billy Vunipola scored the opening try of the match, where Genge, who was part of the driving maul, stood up and started banging on the chest of Wallabies captain Michael Hooper.

This obviously is not illegal (although some referees could have a word with a player for something like this), but this is the ultimate example of gamesmanship. The ex Leicester Tigers captain was on a mission to wind up the Wallabies, and did a pretty good job of it.

Genge was getting the upper hand with Tupou in the first half, both in the scrum and in the loose as the tighthead was playing his first game in quite a few weeks. However, the Reds prop did bag a try late in the first half, which gave the Wallabies a lot of momentum going into the second 40.

The hosts got the better of the second half, but England had built a big enough lead in the first half to hang on for a 25-17 win to level the series and set up a series finale at the Sydney Cricket Ground next Saturday.

Take a look at Genge’s antics: