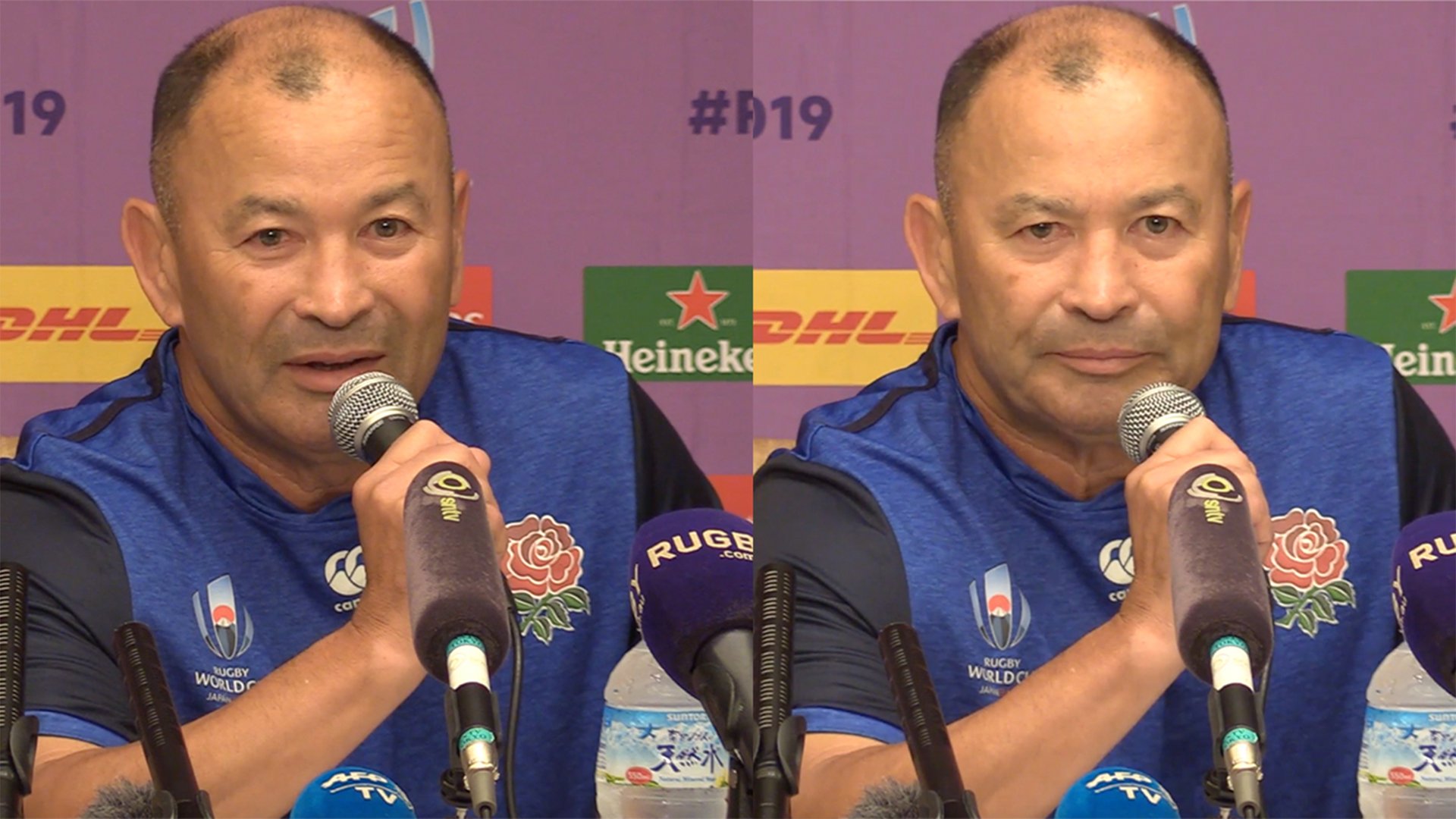 An emotional Eddie Jones paid tribute to his friend and former coach Jeff Sayle at the start of his press conference before the Argentina game.

It was a touching moment as Jones remembered the iconic club rugby legend in Australia. Sayle, a former Wallabies flanker coached the likes of David Campese in his prime, making a reputation for himself as one of the best rugby coaches around.

He was awarded the Order of Australia in 2001 for his services to rugby.

This was a really amazing show of friendship from Eddie Jones, who coached Australia himself in 2003. It’s rare that we see Jones get emotional like this but this occasion certainly warranted it.

Owen Farrell will captain the side at inside centre with Manu Tuilagi playing at outside centre for his second game of the tournament.

Elliot Daly, Jonny May and Anthony Watson make up the back three with George Ford starting at fly half.

Ben Youngs will start his 92nd game for his country becoming the third most capped England men’s player behind Dylan Hartley (97) and Jason Leonard (114). Dan Cole will equal Youngs if he features in the game off the bench.

Joe Marler, Jamie George and Kyle Sinckler are named in the front row with Maro Itoje and George Kruis as the lock pairing. Tom Curry, Sam Underhill and Billy Vunipola will start in the back row.

Jack Nowell and Mako Vunipola are included in the match day 23 for the first time in the tournament having both recovered from long-term injury.

Jones said: “We are in Tokyo for the first time and the players are excited to be here and have had a good week’s preparation so far. We know Argentina are a very good team and our players will be ready for the game.

“Argentina is a completely different team from others we have played so far in the pool stages and are always about the physical contest. This week it’s about getting our game right, our set piece in a good place and making sure defensively we are organised and ready to find ways to score points against them.” emotional emotional emotional