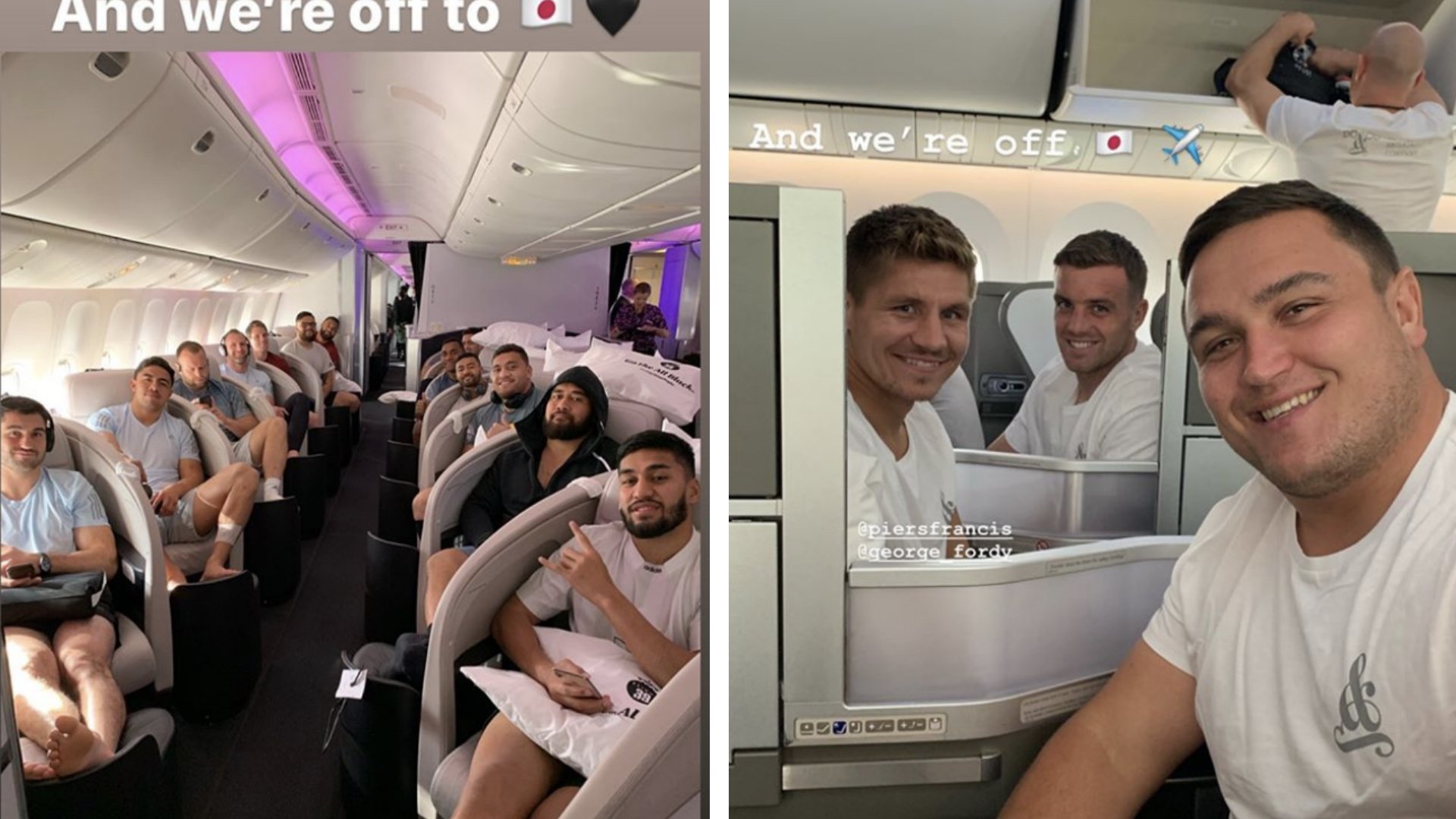 The two best teams in the World will travel to Japan today to begin what they hope will be a successful World Cup campaign. England and New Zealand will both have to travel 12 hours to reach the Land of the Rising Sun.

Both teams have posted a great deal of content around this as their boys head off.

We decided to catalogue this footage as teams and players cover the event through their social media.

The men in white left England yesterday to start the long journey to Japan, being one of the first teams to head off on the voyage to the Pacific.

Some of the players got in on the act, as they left their family and loved ones for a period of 5-8 weeks.

Joe Cokanasiga was lucky enough to be allowed an exclusive look around the cockpit. Luke Cowan-Dickie nabbed a seat next to Exeter teammate and self-proclaimed best friend Jack Nowell. On a long flight you need to sit next to a mate. It looks like Nowell might even be wearing some form of circulation socks for the long journey. Rugby players really do have all bases covered don’t they.

Jamie George, Piers Francis and George Ford were all pulling out their best media smiles for this picture as they head off, sporting the classic “And we’re off” caption. You’re going to see that a lot more as this article goes on. Finally, a lovely post that we saw on Tulaigi’s partner’s social media as he said farewell to his daughter before his time away from the family. England should have just about landed in Japan after the flight.

New Zealand covered their team leaving the country extensively, even with companies like Air NZ performing a Haka for the team as they left the airport.

I’m sure New Zealand will be getting a lot of these as the ceremonies continue as they arrive in Japan.

Dane Coles appeared to be in high spirits as they arrived in Japan. Beauden Barrett sat with his former Hurricanes teammate as they set off on the long voyage.

New Zealand 9’s Aaron Smith and TJ Perenara were looking dapper as they were about to board the plane and check out the facilities. We begrudgingly admit that we like New Zealand captain 100x more after he posted this brilliant Instagram story, showing that he is a true Lord of the Rings fans. It appears New Zealand have just landed in Japan and centre Jack Goodhue posted this video of the team being greeted by a musical band as they arrived at the team hotel.