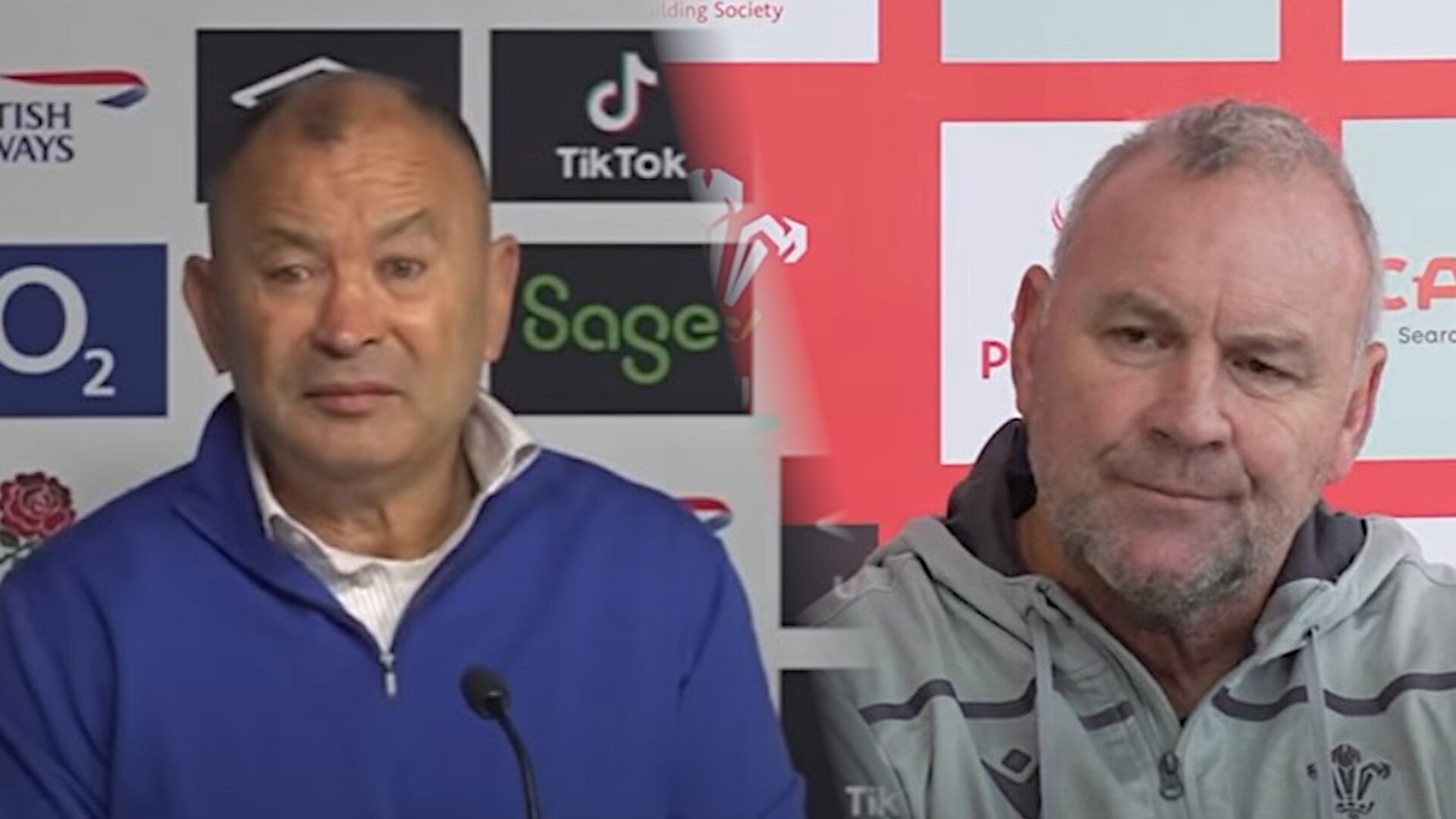 England and Wales are considering swapping their head coaches – Eddie Jones and Wayne Pivac – as either side look to lift the Webb Ellis Cup in France next year.

Both unions are conducting reviews of their dire Autumn Nations campaigns, where either side could only manage one win from four attempts. Absolutely shocking stuff.

Rugby Onslaught’s famous investigations unit understands that the RFU and the WRU are now furiously backchanneling in order to swap coaches for 2023 – the logic being: “things surely couldn’t get any worse?”

The biggest problem is the difference in their salary expectations. Jones is thought to demand a salary of approximately £1,000,000 an annumn, while Pivac is apparently on UK minimum wage of £10.90 per hour, a deduction he took following the Six Nations loss to Italy in Cardiff earlier this year.

There had been suggestions that the WRU would re-induct Pivac as an intern – where he’d be entitled to food at the canteen and free WRU merchandise – but Pivac’s agent resolutely stuck to his guns.

One of the RFU’s stipulations for the swap was that the WRU would also be obliged to hire Rob Howley. It’s not clear why they would demand such a hire, but some have speculated that the morale damage it would do to the Welsh side would be enough to see the Welsh exit the Rugby World Cup at the pool stage.

Should the swap go ahead Jones would be transported around Wales in a Pope mobile and would be housed in a Royal Navy Battleship in the Bristol channel, which would enable him to escape the country should Welsh results get any worse, while equipping him with the ability to launch a missile strike against the media section at the Principality Stadium should loses start to mount.

Any communication with staff would be done via zoom, while Jones would not be physically present at Welsh training.

Meanwhile, if Pivac moved to London, he would be required to stay in Bill Sweeney’s spare room, where the RFU could ‘keep a close eye on him’. He would also be subject to curfew.