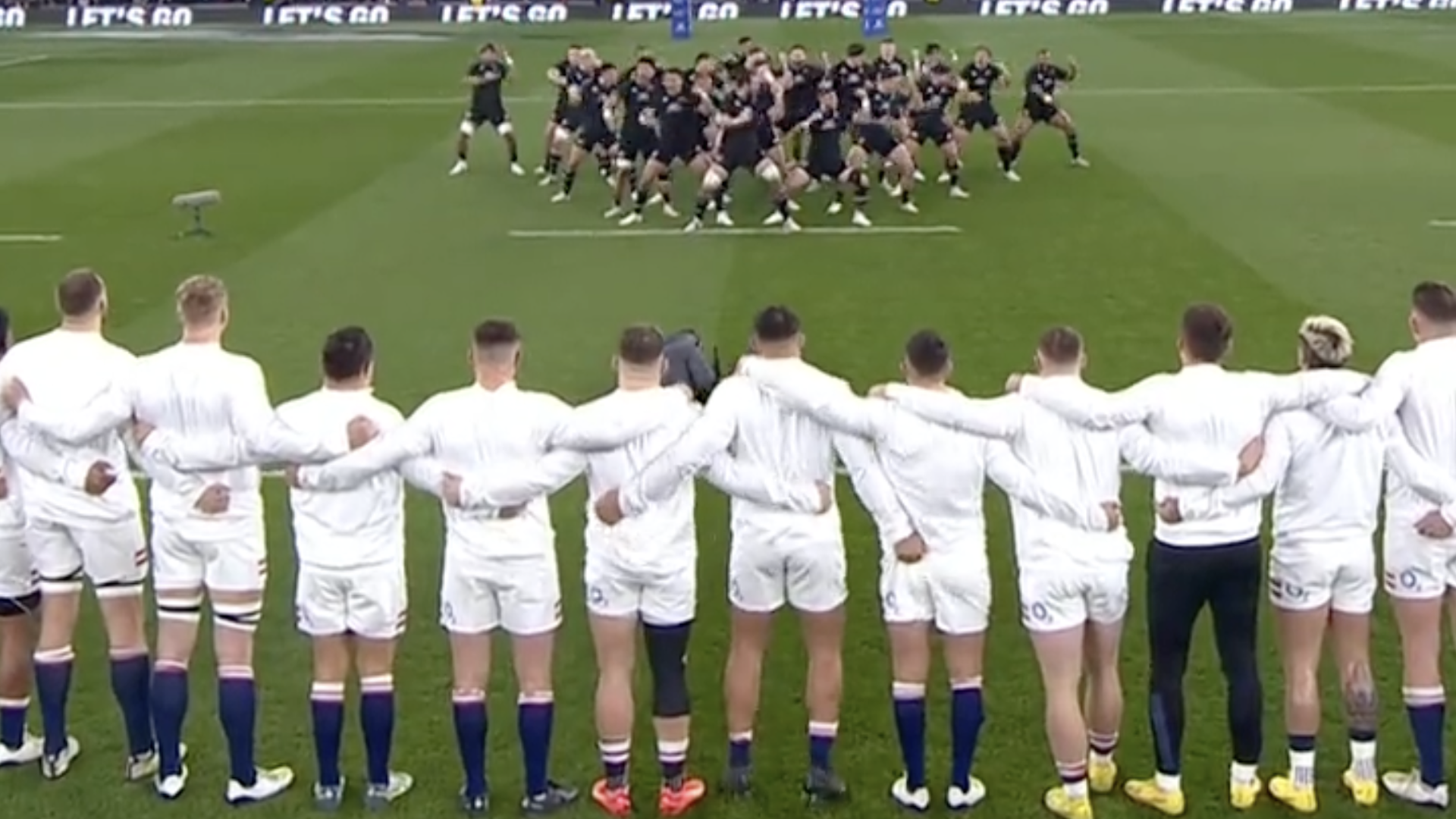 The Twickenham crowd’s response to the All Blacks performing the haka on Saturday has not gone down well at all with fans around the globe.

While there was a lot of chat on how England were going to respond to the haka in their first encounter with the All Blacks since the World Cup, where they famously met it with their V formation, Eddie Jones’ side did not do much. Instead, it was the crowd that sang ‘Swing Low’ over it, and that has clearly disappointed fans from other nations, as well as England fans.

“Shame on the english the Haka respects itself.”

“It’s like booing or singing over their national anthem. Such disrespect.”

“I think english crew should have been quiet respecting the haka.”

“The crowd boo’s is a disgrace. Singing Sweet Chariot etc is a great challenge. But booing the Haka???”

“Why would you not appreciate the Haka it is one of the last spectacles in rugby.”

Take a look at the haka: