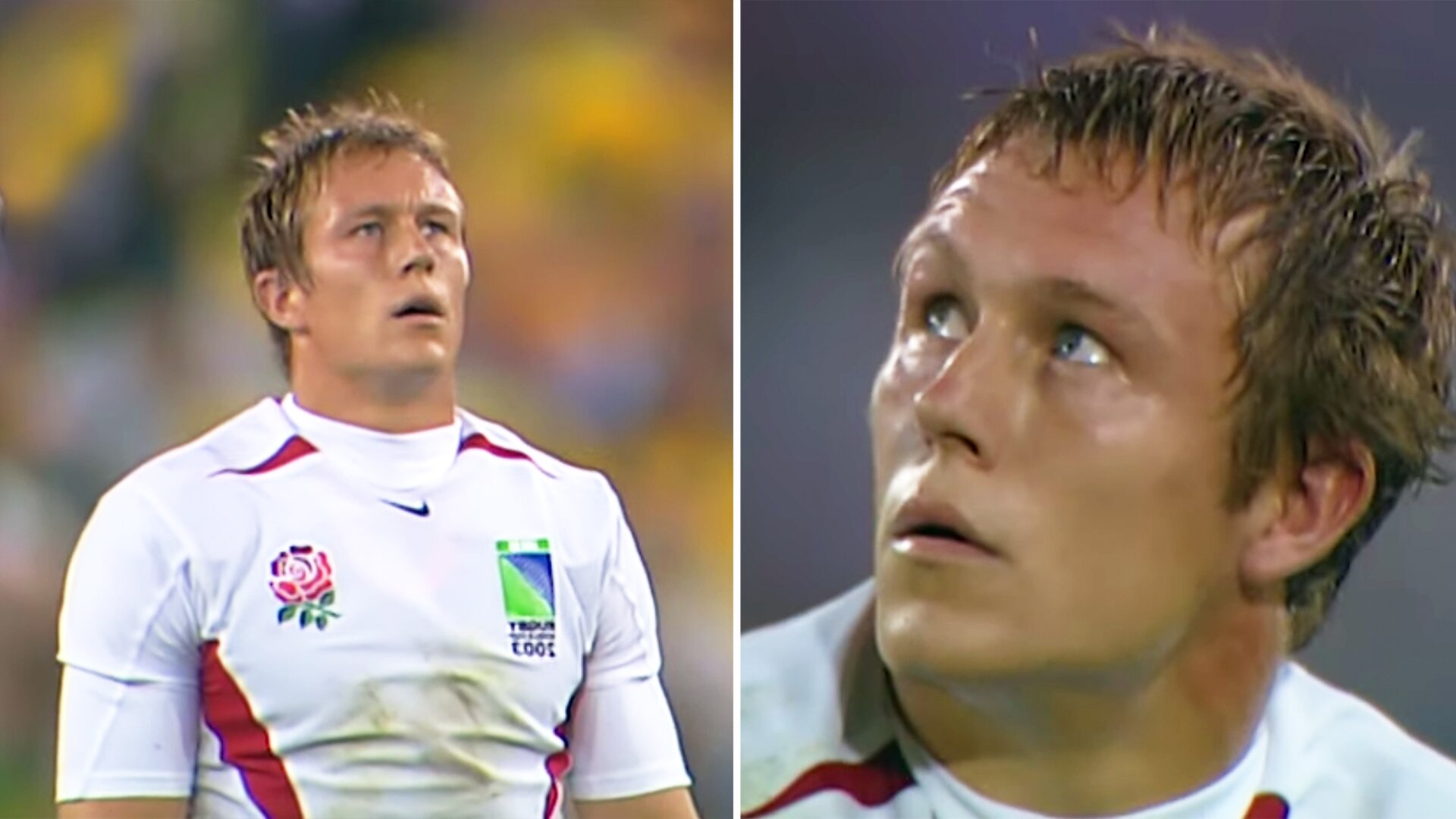 It’s the moment England fans have been waiting for. Jonny Wilkinson’s World Cup-winning performance has just been released in its entirety and it’s sending the internet into overdrive.

The 21-minute-video was released by ‘RugbyPass’ late last night and is sure to surge in popularity as the day goes on.

For many – this is considered to be one of the greatest performances from a fly-half ever.

This incredible footage shows just how integral Jonny Wilkinson was to his sides Webb Ellis Cup triumph in 2003.

The 24-year-old fly-half had been in mesmerising form throughout the tournament in Australia with some outstanding displays with the boot.

The final, held in Sydney against the hosts Australia, was a cagey end-to-end affair that had fans on the edge of their seats from the first minute.

We can see from this video that Jonny Wilkinson gave the performance of a lifetime to win the World Cup for his team.

The English fly-half put his body on the line in this final as we see him put in a number of dominant tackles throughout the course of the match.

At one point it looked like he wouldn’t be able to continue on in the match as he lay on the floor, clearly in pain, following yet another thumping tackle.

The build-up play leading up to his famous drop goal is just as tense to watch back as it was on that fateful day in 2003.

England fans – you don’t want to miss this.