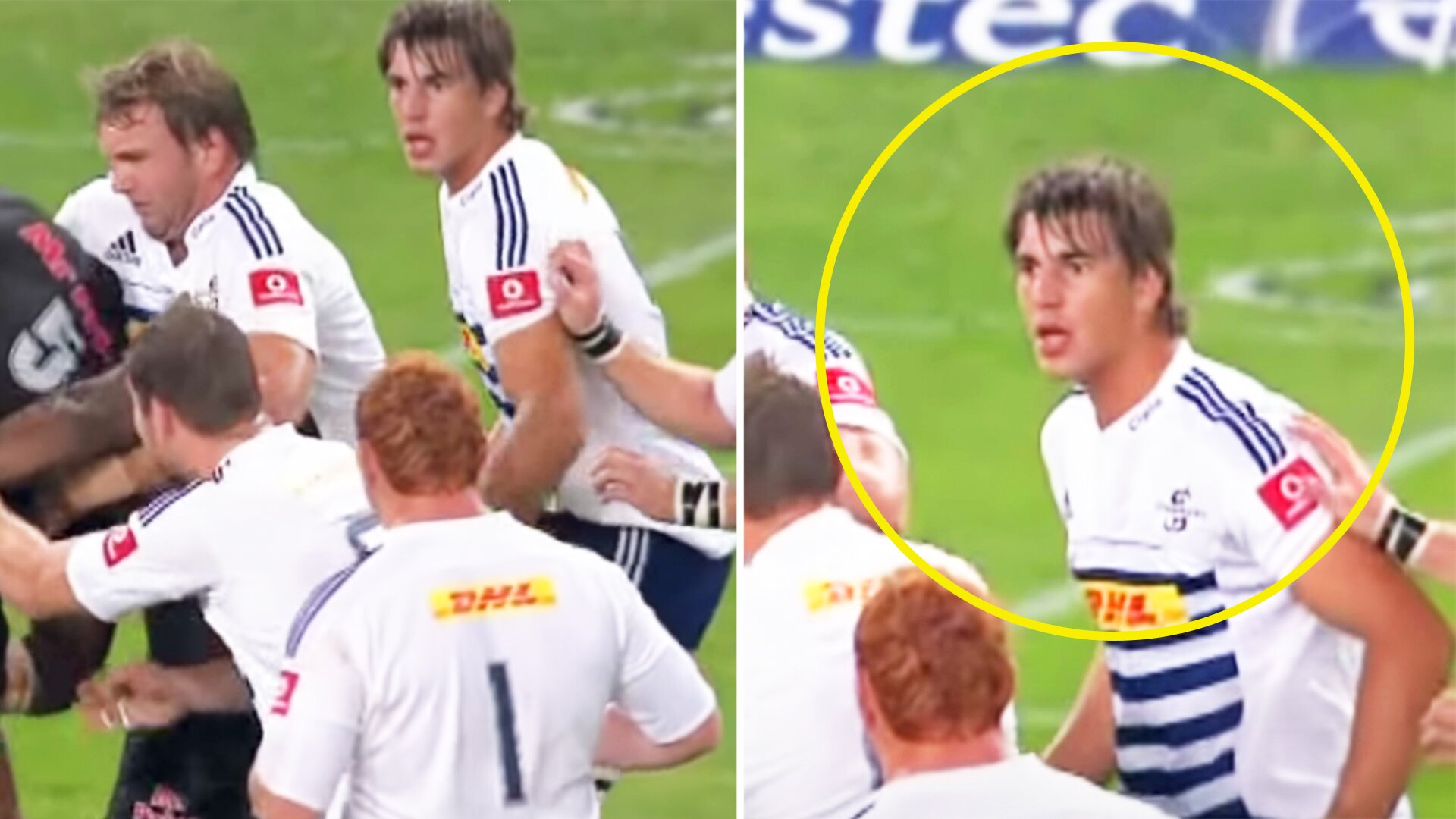 It takes a lot to stun Eben Etzebeth – but this Super Rugby moment certainly did just that.

The 20-year-old Stormers lock was playing against the Natal Sharks in a 2012 Super Rugby encounter when this shocking moment took place.

After watching this video – can you blame him?

This moment came when the Stormers met the Sharks in 2012 and the shocking clip has gone down in rugby folklore for years.

The Sharks had just scored a try and were up to receive the kick-off.

They kicked it high and short to the right for their forwards to chase. What followed is one of the most shocking and impressive moments in Super Rugby history.

You can see the look of complete shock on Eben Etzebeths face at what he’d just witnessed.

Watch the powerful video below

Gloucester Rugby have confirmed the signing of giant prop-forward, Logovi’i Mulipola who joins the Cherry and Whites on a short-term deal. The Samoan international has been capped 31 times by his country and has the ability to play on both sides of the scrum.

The 6’4, 128kg Samoan will come to Kingsholm with significant experience, with over 100 Premiership appearances under his belt. Mulipola will link up with his new teammates with immediate effect, as training intensifies ahead of the restart in August.

Head Coach, George Skivington was happy to be able to welcome Mulipola into the ranks: “It’s great to have a player of Logovi’i’s stature joining us.

“Logovi’i is a knowledgeable player who can play a key part in the remainder of our season. He comes with a wealth of experience, he’s strong ball carrier and a solid scrummager so I know he’ll come in and hit the ground running.”

Making over 100 Premiership appearances and a further 22 in the European Champions Cup during his six and a half seasons at Leicester, Mulipola won the Anglo-Welsh Cup in first year in the East Midlands in 2012, playing in the Aviva Premiership final that year and going on to win the Premiership title the following season.