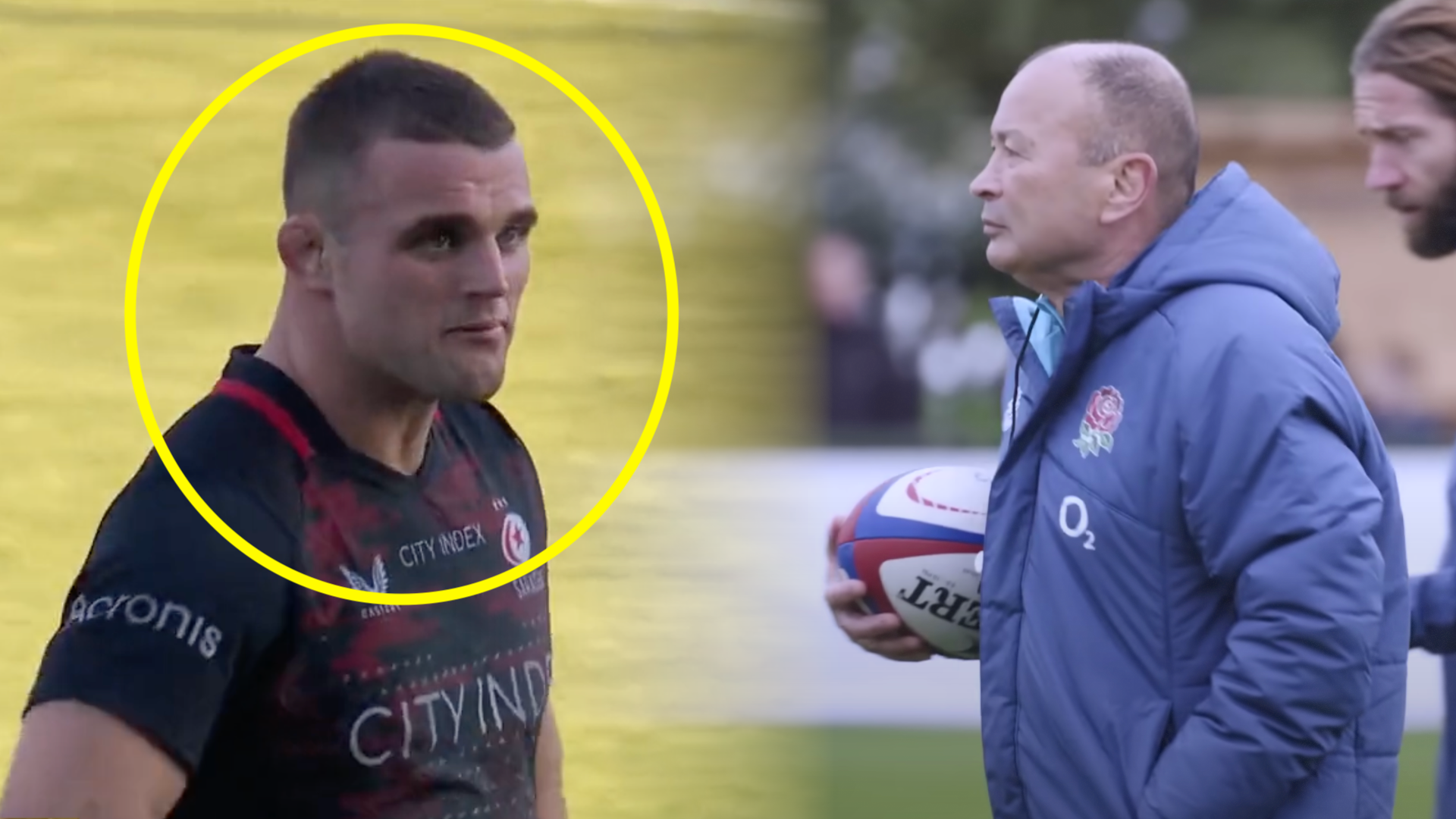 Ben Earl is in good form at the moment. Actually, he is so good at the moment he is making other in form players look like schoolboys facing him, and he might well have put in his most impressive performance of the season yet against Northampton Saints yesterday.

With Saracens trailing 39-17 with a quarter of the match remaining, the flanker decided to play properly and from then on there was only going to be one winner as Saracens came away 45-39 winners at the StoneX Stadium.

Earl, who was captaining side, scored Saracens’ second to last try, and assisted Elliot Daly’s match winner, both with running lines that slashed through the Saints’ defence.

He seems to be making breaks for fun at the moment, showing unreal pace and power, as Saracens opened up a 15 point lead at the top of the Gallagher Premiership. Bizarrely though, he is not even making Eddie Jones’ England training squads, let alone playing squads.

Not only is Earl arguably the best player in England currently, but he was is even named the Premiership player of the season just a matter of months ago. It now looks as though he is getting the same treatment that Sam Simmonds got a couple of seasons ago.

To add the the controversy, the England back row is a matter of hot debate at the moment with Jones continuing to field either Courtney Lawes or Maro Itoje there, both of whom can play in the second row. Earl has earned 13 England caps under Jones, but they have all been from the bench, meaning he hasn’t really had the chance to prove himself fully.

Following his game against Northampton, England fans have only been saying one thing online. Take a look:

What the hell has Ben Earl got to do to get in!!! It’s an absolute travesty he isn’t included 🤦🏼‍♀️ #englandrugby https://t.co/fBrKMrwLv0

Literally what more does Ben Earl have to do to even get in the squad. Should be starting let alone not even picked for the squad.

Congratulations to @Saracens what a team to come back like that. How on earth can Eddie Jones not pick Ben Earl the form player in @premrugby and a real game changer

I’m a loyal @ExeterChiefs fan. However!!!!!!! It’s defies belief to me that Ben Earl isn’t in @EnglandRugby squad. I’d go with him rather than Sam Simmonds – who is also brilliant. #SARvNOR #GallagherPrem

Ben Earl’s Premiership form is too good for Eddie’s England. Needs more mediocrity in his game to earn a recall.

Ben Earl and Elliott Daly NEED to be in that @EnglandRugby frame. #SARvNOR

Here is his try against Northampton:

What a game he’s had! @Saracens just won’t go away 💪#GallagherPrem pic.twitter.com/uKb4aLxdHn

Here is his assist for Daly’s try:

Ben Earl breaking lines yet again, fantastic support from Elliot Daly, and @Saracens turn it around 🙌