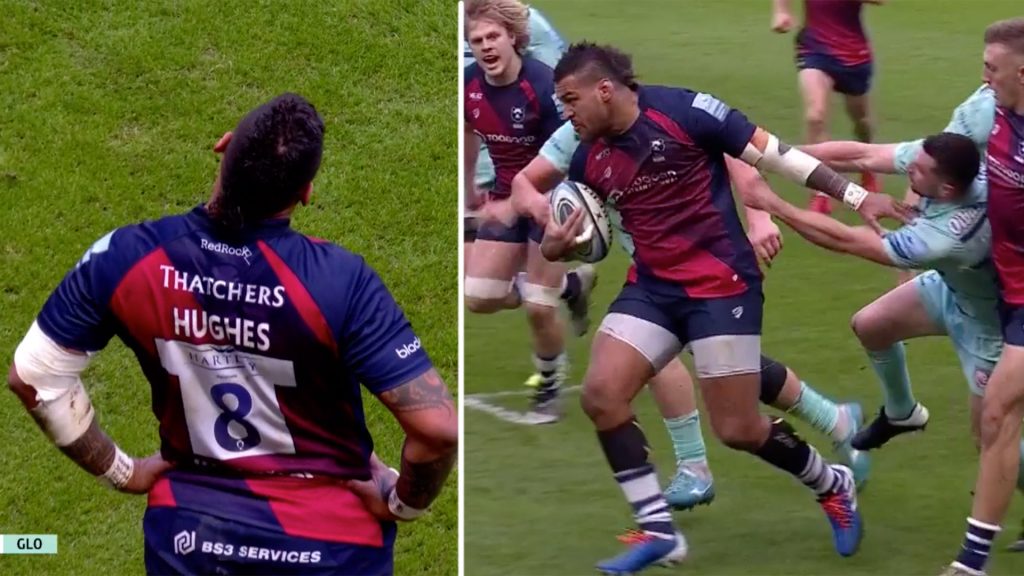 England fans have no need to worry about Billy Vunipola’s injury that will keep him out of the Six Nations after Nathan Hughes did this for Bristol.

But for some reason, he is not in the England squad…

Hughes put in a man of the match performance for his team with 16 carries, 6 defenders beaten and 105 metres made.

The English number 8 was monumental for Bristol this weekend against Gloucester with some devastating carries and runs for the Southern team.

In the first half, Hughes ran in a spookily similar manner to Vunipola in the game where he dominated everything in his path.

Nathan Hughes currently isn’t in Eddie Jones’ plans for the Six Nations, much to our surprise because the man has been monumental for Bristol since he joined at the start of the season.

The back row received criticism in the past from England fans for not performing when given chances for the national team, but he has been involved with the red roses in teams matches that they have won in the past.

Currently, England are looking at putting either Ted Hill or Lewis Ludlam in the 8 position for the team, but surely Hughes would make the better fit for a side that could really use his size and power.

Nathan Hughes what a beast . He’s having a stormer for @BristolBears !

Nathan Hughes reminding Eddie Jones that England have more than one big HGV at No8. Driving Bristol to a record Prem win against Gloucester @btsportrugby

How did Nathan Hughes not get called up?

With Billy Vunipola out of England contention for the foreseeable future, could this be Hughe’s chance to break back into the England squad?

He seems much happier since moving to Bristol from Wasps and if anything, he is more powerful than he was a couple of years ago.

Here is the video that BT Sport made highlighting just how dangerous he was for Bristol in their record-breaking win agsainst Gloucester.

We know people have their views on Nathan Hughes, but you can’t deny that this is an International-level performance from the 28-year-old man.