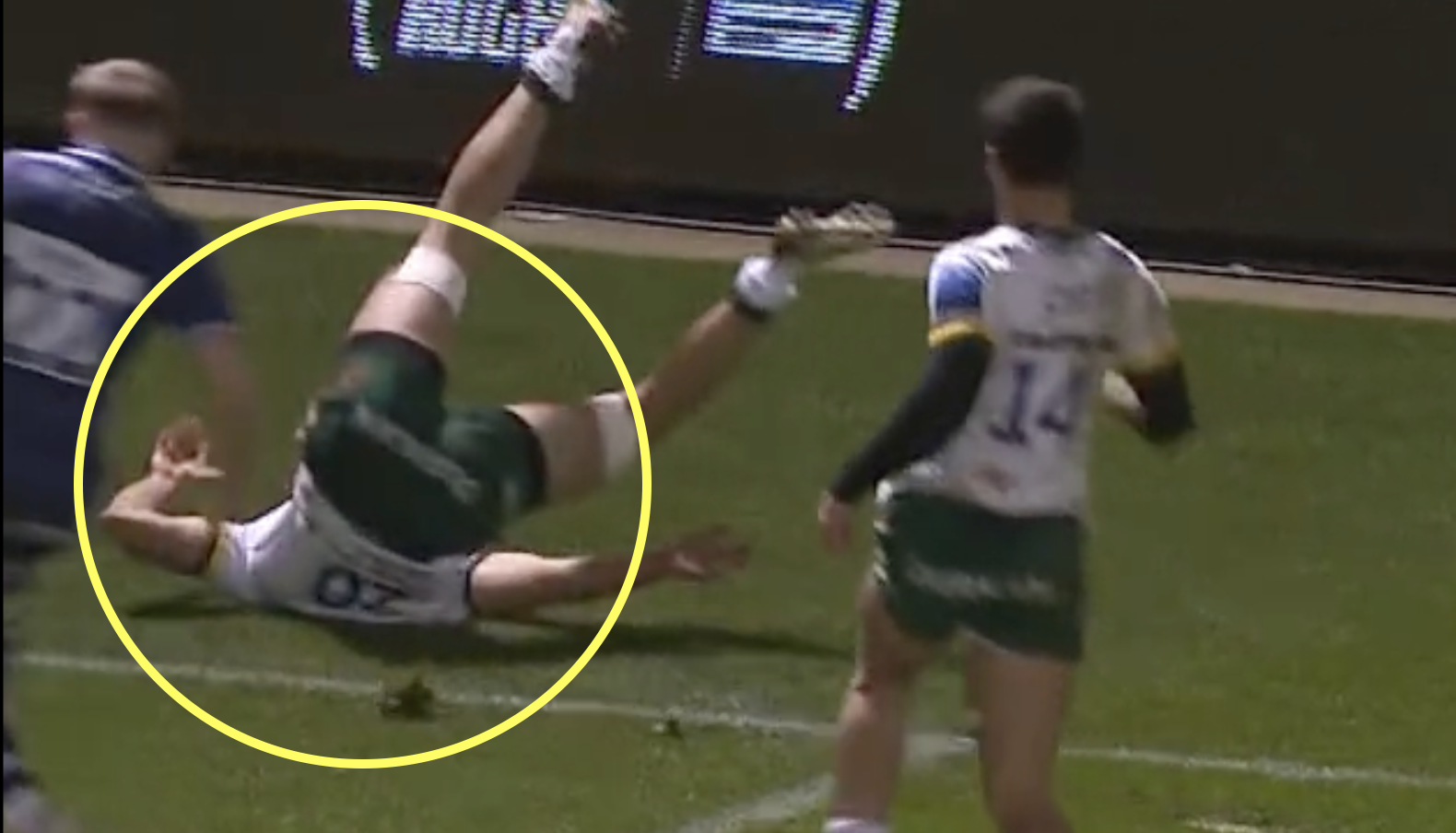 If anyone wanted the perfect example of how a player can catch the eye of England head coach Eddie Jones, look no further than what Raffi Quirke did on Friday night for Sale Sharks.

The scrum-half, who made his debut for England in the autumn, has been overlooked this Six Nations by Jones, who has opted for Harry Randall and Ben Youngs instead. Well Quirke did a mightily good job of drawing attention to himself against London Irish with one of the tackles of the season to prevent flanker Juan Martín González scoring at the AJ Bell Stadium.

It looked for all the world that the Argentine was going to score, but the scrum-half, heavily outweighed by his opponent, flew in like a missile to down the loose forward.

The game was quite an epic, and finished 27-27 after the lead changed back and forth. London Irish had chances to win the game at the death, but instead the spoils were shared.

“I couldn’t be prouder of their intent and the effort of the lads to come from behind,” Sale director of rugby Alex Sanderson said. “Then to keep coming back and to keep scrapping, If you’ve got those things at the core of your team, which we seem to have over the last four or five weeks, you’re in a good spot.

“There was a level of intensity throughout that game, I didn’t think it dipped at all. There were chances for both teams in the first half which weren’t taken, but in the second half they were. I think it was just a case of better execution.

“I’m pretty buoyant. We asked for work, we asked for physicality. I’m happy with their effort and intensity. We’re continuing the momentum we’re building.”

😍 The cover tackle of dreams…