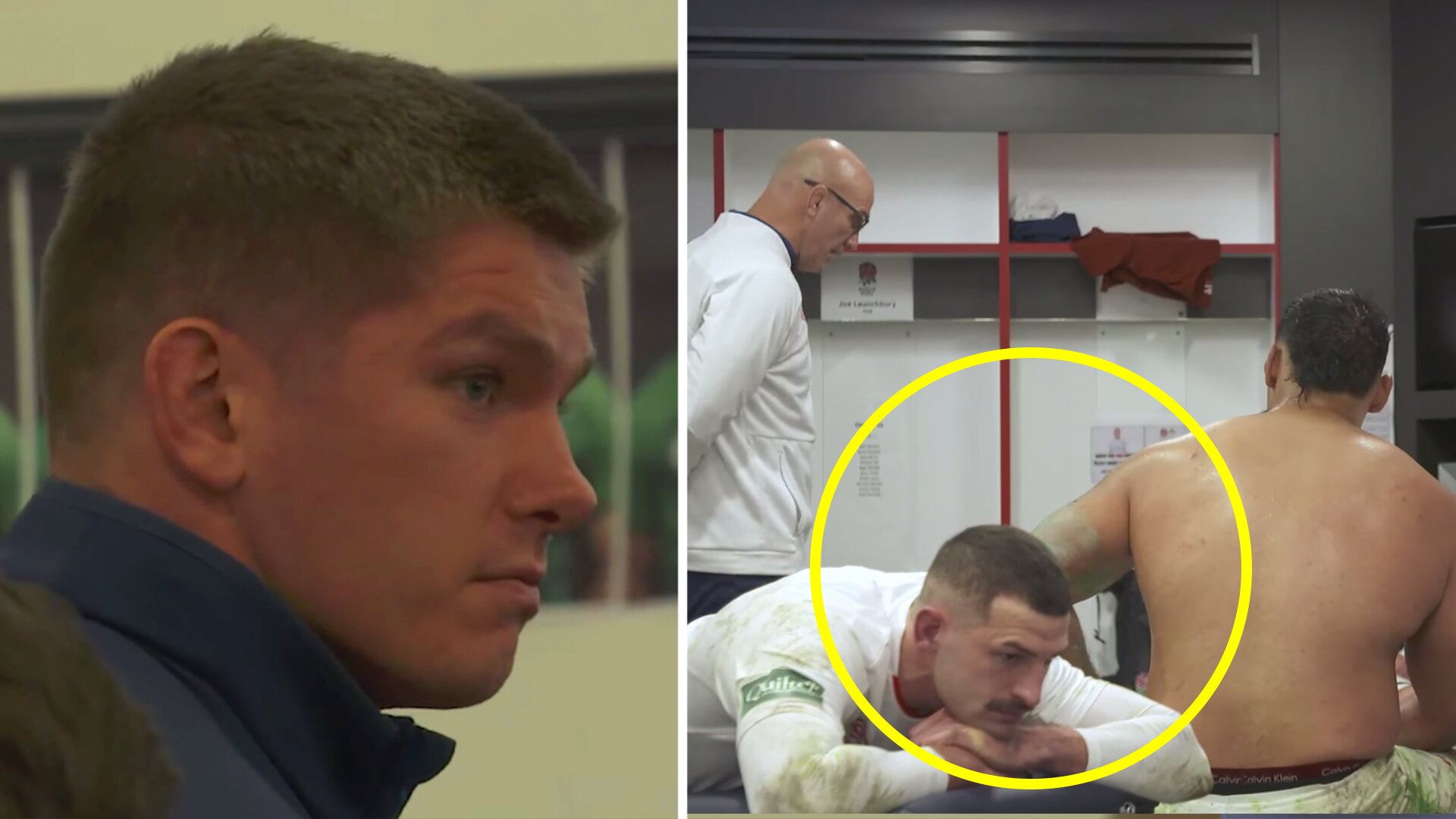 England Rugby has released the incredible speech that Eddie Jones, Owen Farrell and other players gave before their Autumn Nations Cup game against Ireland.

Fans were raving about England’s bulldozing defence against Ireland where they managed to completely outmuscle the men in green in a brutal encounter.

James Ryan, the Ireland captain looked visibly beaten in his post-match press conference after the match.

It was revealed that England somehow managed to make 246 tackles compared to the 73 tackles that Ireland made in the match. It just goes to show how prepared the team were to battle in this match.

This graphic shows the incredible defence that England made in the match.

The England rugby team late last night released the new episode of their ‘Next Level’ series, which shows how the team are preparing to dominate the Autumn Nations Cup.

The series follows all parts of the team and their day to day life as they prepare to take on the likes of Ireland and Wales in the competition.

This week’s episode showed the team in preparation to take on Ireland, who have made no bones about the fact that they wanted to smash the England team into submission at Twickenham last weekend.

England’s defence in this game was so relentless that it shocked many rugby fans.

I keep repeating myself.

But I’m so impressed with that England performance.

England defence effort obvious to see. Ireland’s set piece not functioning, Jonny May is fast. Anything else? #ENGvIRE 🌹 ☘️

Really impressive from England today. Excellent physicality especially in defence. Now for the main event. Good luck to the new boys against Georgia in Llanelli 🏴󠁧󠁢󠁷󠁬󠁳󠁿

The latest episode of The Next Level showed the England team speaking the day before the match.

In the video you can see the team talking about how relentless they need to be to beat the Irish side.

This must explain why they came out so aggressively against the men in green.

Just check out this speech from the England set up before the Ireland game.