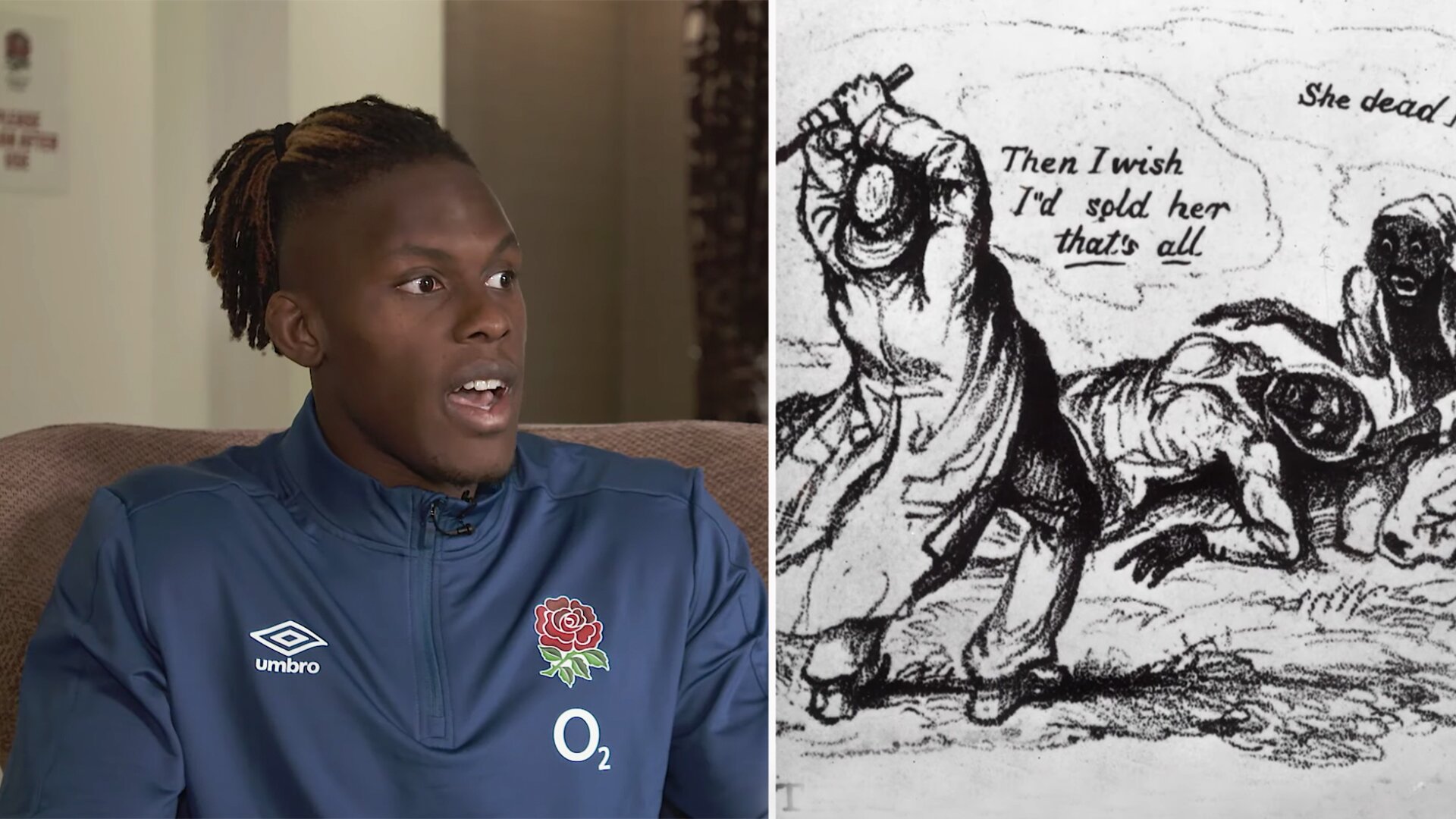 England rugby surprise everyone as they release video about the dark origins of Swing Low, Sweet Chariot

England Rugby have just released a new video this morning as they released a 21-minute video-detailing the origins of the popular Twickenham anthem – Swing Low, Sweet Chariot.

The new video, promoted as part of Black History Month, goes into detail about how the old slaver song came to be sang at the home of English rugby.

In the new feature, England rugby interview a number of rugby stars who give their view on what the song means to them as well as calling on experts who talk us through the origins of the anthem. The song’s use at Twickenham has been called into question in recent months with some arguing that is has no place at a major sporting event.

In the new video we see as England and Saracens star Maro Itoje is interviewed.

One of the things he has to say about the song is as follows.

‘I just feel as if the context is so different and the previous context is such a sensitive issue – and a sensitive topic to a lot of people. It almost feels to sing the song in the context that’s it’s sung in England, it’s taken out of context massively.’

Watch the new video from England rugby below

Cash-strapped Irish rugby administrators have reported a deficit of €35.7million for the latest annual accounting period up to July 31 after income fell from €87.5m to €79.2m and expenditure increased from €84.2m to just under €115m coping with the pandemic lockdown of the sport.

Ireland will finally restart their delayed Six Nations with a home game this Saturday against Italy behind closed doors at the Aviva Stadium and the record €28m surplus reported in summer 2019 after its best-ever financial year is now a distant memory with officials fearing for the future of Irish rugby as a professional sport if it continues not to have fans attend Test and provincial matches in 2021.

In the 39-page report, which was unusually published without the detailed cash accounts, IRFU CEO Philip Browne wrote: “From an IRFU perspective our finances were tracking according to budget (prior to the March lockdown) and there had been a successful launch and sale of over 5,000 ten-year premium seats.

“The IRFU’s financial situation was looking quite positive. That situation has changed dramatically and the IRFU is facing an unprecedented cash flow crisis as we try to work towards the objectives of preserving our national teams and four professional provincial teams, ensuring that we preserve the amateur club game and that we protect our employees and their jobs to the extent that we can.

“Whilst the provinces and the IRFU are currently solvent, that ultimately is a time-limited situation and unless there is a return to some level of normality within the next twelve months, with matches being played in front of some reasonable level of paying spectators, the IRFU and the provinces will have to drastically cut their budgets to ensure costs are covered by the lower revenues.”

Treasurer Tom Grace added: “We’re very fortunate to have cash in the bank and an asset strong balance sheet at the moment. However, these resources won’t last forever and any amounts that we are forced to spend now will affect what we will have to spend in the future when some semblance of normality returns.

“At present, we are able to fund ourselves and the provinces for the next twelve months, even without further remedial action, but this needs to be kept under constant review and our next major review date will be in December.”