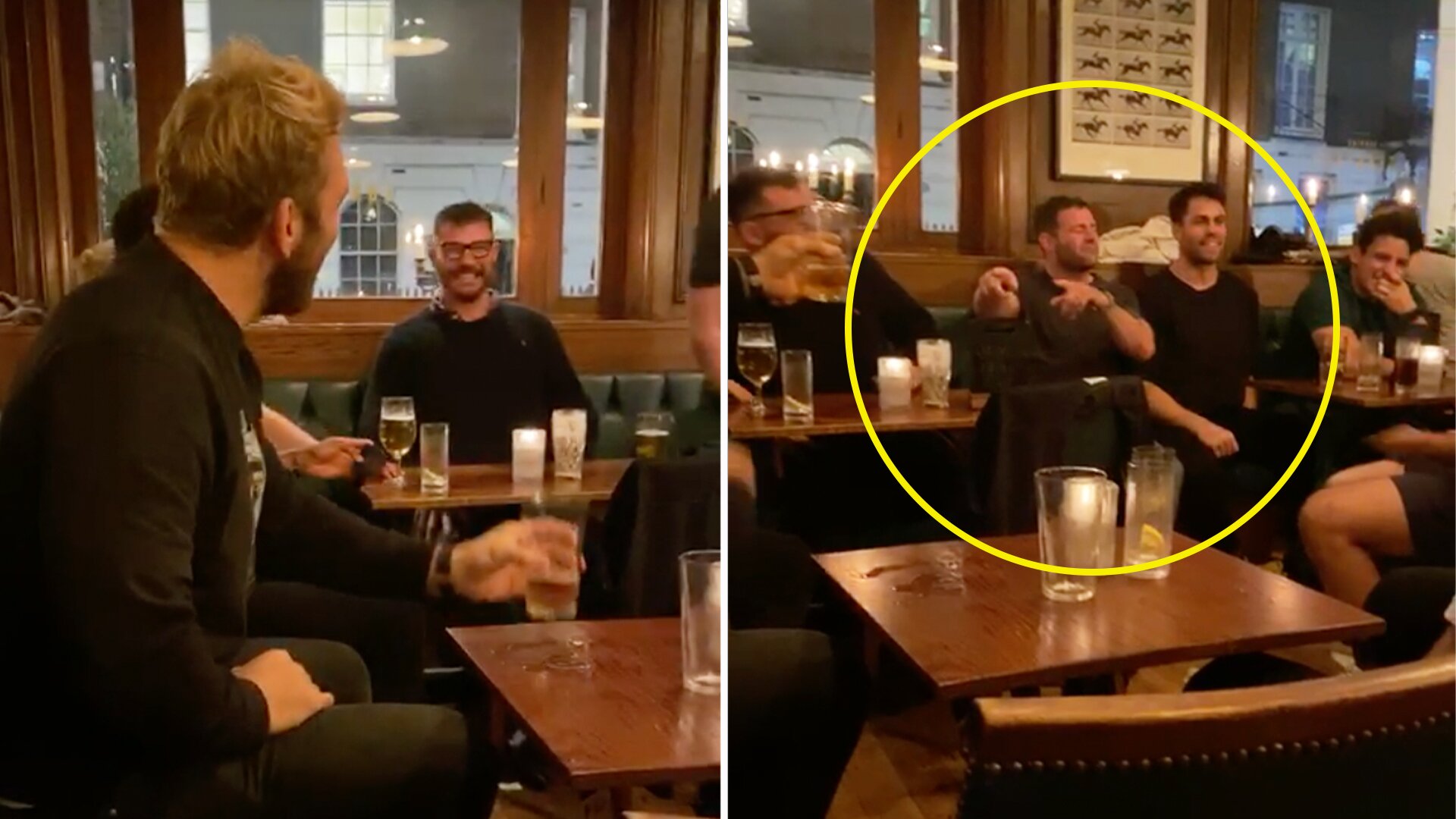 A new video has surfaced online from what appears to be the Barbarians team social that cancelled this weekend’s Quilter international against England.

In this Rugby Onslaught exclusive, we see several high profile members of the side drinking together in what was said to be a team bonding experience.

The eagerly awaited fixture was scrapped after news broke that 12 players had breached Covid rules after leaving their team hotel to go for a meal.

The match between England and the Baa’baa’s that was cancelled is said to have infuriated officials at the RFU with the game’s cancellation set to cost up to £1m for the union.

12 members of the Barbarians playing squad were banished from the camp after having gone out in central London on Wednesday. One restaurant the players are known to have gone to was Sergio’s Italian.

I want to express my deepest apologies to @Barbarian_FC @EnglandRugby and the rugby family for letting you down this week pic.twitter.com/mBPLuL69hA

After the RFU launched an investigation into this meal they found that the team had also had an unauthorised night out to a pub 24 hours previously – this new video would appear to show that night in question.

The new footage shows several members of the Barbarians playing squad including Chris Robshaw, Sean Maitland and Manu Vunipola. Players took to social media to apologise yesterday after news broke that the international would be off.

Watch the new Barbarians video below

After launching the investigation, the RFU’s chief executive, Bill Sweeney, made the decision that the safety of the players was compromised after the breach of protocol and that the only necessary step was to cancel the fixture. The union already had to refund 30,000 tickets from the Barbarians match being rescheduled from June and it is likely to be liable to do the same again here which is set to cost them up to £1m.

With England’s final Six Nations game being just a week away against Italy, they have lost a vital opportunity to prepare their side for what is a crucial encounter in which they will be going for the title.

Rob Baxter has a habit of tinkering with his winning XV from one week to the next to freshen things up and the English league final selection is no different as the Exeter boss has opted to make two changes to his starting pack and another two switches in the backs.

Sam Skinner comes in Jonny Gray at lock while Jannes Kirsten takes over from Jacques Vermeulen at openside. Behind the scrum, Ollie Devoto is in for Ian Whitten while Olly Woodburn nudges out Tom O’Flaherty. Gray, Vermeulen and Whitten all drop to the bench, but O’Flaherty misses out altogether.

Securing the European/Premiership double would be the stuff of dreams for Baxter and the Chiefs, but the Exeter boss is taking nothing for granted against Wasps who have been the form side in the Premiership since the mid-August restart, collecting more wins than anyone else.

“Of course you dream,” said Baxter. “We’re one game away from doing the double, but experience has taught me many times that dreams don’t count for much, it’s the hard work you put out on the field which makes it all happen. All we can do is hope and pray that the team make it happen on Saturday and that we win the final.

“It’s been a tough season for all of us, but we have got to the end and it’s great that the teams that finished one and two in the table, then came through the semi-finals, are now contesting the final.

“Wasps have been smouldering for a few weeks, sitting there waiting, preparing, getting themselves ready for what in every sense is the biggest game of the season. Yes, we had last week to contend with, but that is gone now and it’s this weekend which is the most important thing. That is what we have spoken to the players this week about.

“In every meeting, we have said to them we have got to make sure we hit the pitch and match Wasps in every area because we know they are going to bring physicality and an intensity that will be right up there. There is no point being in a final if you don’t match the intensity that the opposition brings.”