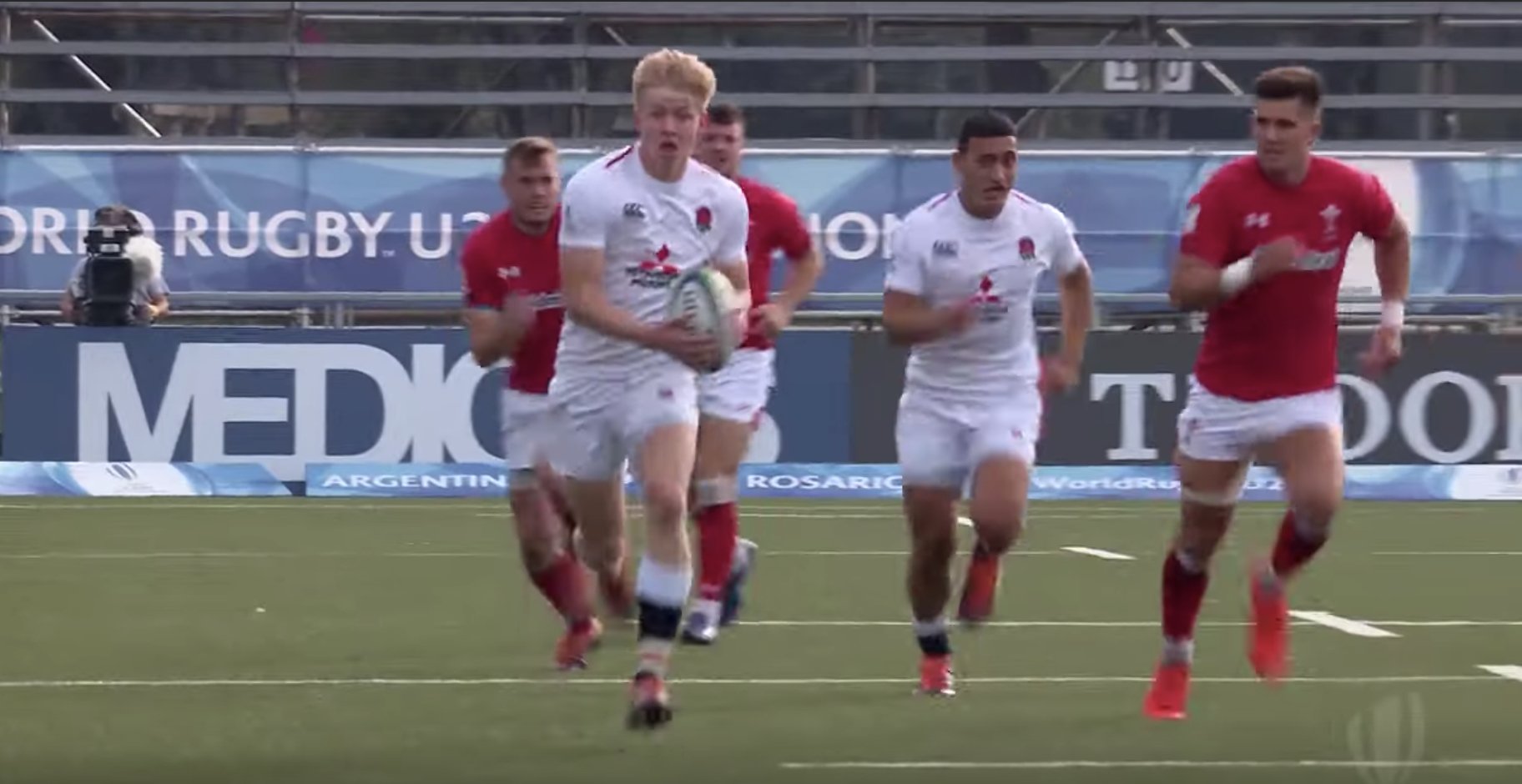 What a fantastic run from England winger Josh Hodge!

Wales were attacking very strongly down the left wing and they were unlucky to knock to ball on. But England winger Josh Hodge was on hand to power back down that same alley with a fantastic little bump on the Wales 10.

We have reported on Hodge in the past.

Hodge has had a fantastic tournament for the men in white and he’s put in some serious shifts.

In other news: England finish Fifth in Under 20s Championship

England led 28-0 at the break through tries from Josh Hodge, Will Capon, a penalty try and Joe Heyes, with Hodge adding the extras.

Hodge had the first try of the game, jinking past a couple of Wales defenders on the right wing before chipping over the top and collecting his own kick to dot down, also converting his score.

Steve Bates said: “The guys played really well in that first half, they took their opportunities well and that gave us a nice cushion at the break and put us in a commanding position.

“It’s hugely important to finish well, we wanted to make sure we won as many games as possible and the winner of the final will only have won as many as we have, which is four out of five.