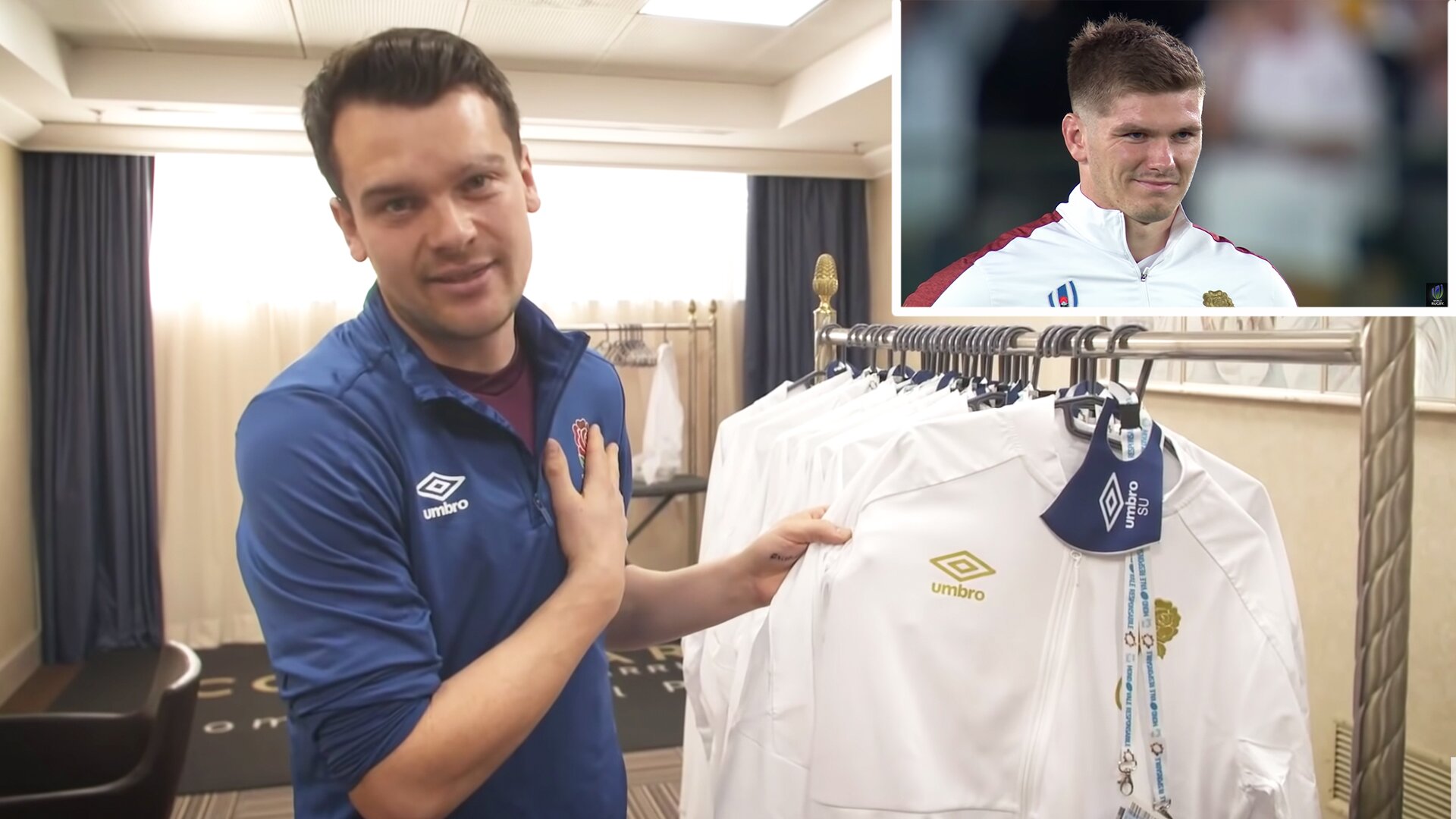 A new episode of ‘The Next Level’ has been released by England Rugby with exclusive behind the scenes access to the team in the run-up to their title-winning Six Nations win over Italy. Fans have wondered in recent years why England have started to wear a gold rose in their pre-match kit. This new video has all the answers.

The new footage covers Jamie George and Ben Youngs in particular who made their 50th and 100th appearances for England respectively.

This fascinating look into the England team covered aspects of the team’s preparations such as what a massive logistical job it is to prepare for away games.

England’s Logistical Manager, Tom Day, talked us through the operation of moving thousands of kg’s of kit overseas for internationals such as strength and conditioning equipment as well as analysis instruments.

Tom Day then took us into the team’s kit room where he showed us England’s ‘anthem jackets’ that they wear before tests.

He shows us Ben Youngs’s jacket for the matchup against Italy which is specially embroidered for his 100th test as well as having a picture of his wife and children imprinted on the inside.

He also told us the real reason as to why England now wear a gold rose. Watch the new England video, below

Two Dragons games have been indefinitely postponed and the region has been forced to lockdown their camp after seven players tested positive for Covid-19.

“The Welsh Rugby Union and Dragons Rugby have collaboratively and proactively taken the decision to close the Region for a fortnight following the latest results of the COVID-19 testing programme,” a statement read. “The Dragons returned seven new positive COVID-19 tests this week as part of the Welsh Rugby’s weekly testing programme. Working closely with and supported by Public Health Wales the decision has been made to close the Region for a fortnight, with no training or games to take place during this time.

This course of action has the full backing of the PRO14 Medical Advisory Group.

“The decision has been taken to ensure health and safety of all those at the club and to reduce further transmission. All players, management and staff at the Region are to self-isolate and follow all Public Health Wales guidelines. Additional testing (in addition to the current testing programme) will also be part of these measures.”

“The Round 7 fixture with Edinburgh will be under review as players are put through a testing programme.

“Munster Rugby, who played against Dragons last weekend, have returned a full list of negative results from their PCR testing this week.

“PRO14 Rugby will examine potential dates in early 2021 to reschedule these games.”