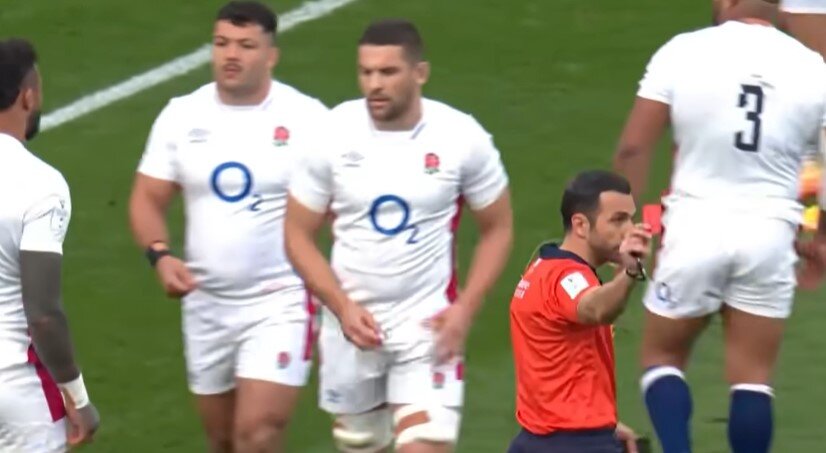 Eddie Jones is said to be considering starting just 14 men for England against France next weekend after his side’s stunning and brave defeat to Ireland at the weekend.

England may have technically lost the game, but the moral victory was in the bag by half-time.

Indeed the men in white played amazingly once they went down to 14 men, playing with a joie de vivre rarely seen in modern rugby. It begged the question: Why not just play with 14 men from the off? Why wait 82 seconds?

It is understood to get around the rulebook, that Charlie Ewels will be listed to start against France but that the Bath second row will walk off the pitch immediately upon blowing the whistle.

Ewels is currently been celebrated behind closed doors due to the selfless act that motivated England to play well for the first time in the tournament.

“Ewelsy is a true hybrid player mate,” Eddie Jones was heard saying at the after-match social. “He plays okay on the pitch but he contributes far more by being off it! A true hybrid mate.”

Ewels was sent off after 82 seconds against Ireland.

England captain Courtney Lawes told ITV: “We were actually quite excited for the challenge, to be fair.

“As soon as the red card went up, the energy went up from the boys and we really wanted to make it right for Ewelsy.

“Unfortunately, we couldn’t do that but the effort was there and that’s all we can ask for.”

Here SA account TAS analytics does a deep dive on the red card and argues that it wasn’t a red card at all.

“Another game ruined thanks to atrocious officiating. This is just getting ridiculous. Rugby is turning into a joke of a sport because of how bad world rugby is with regards to its officiating.”