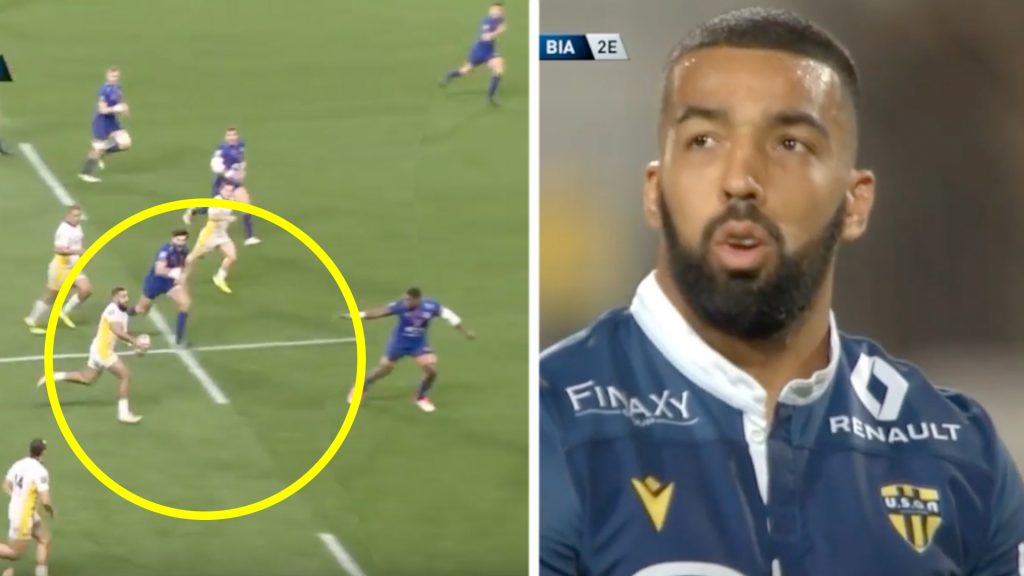 English qualified 10 is kicking the ProD2 in France apart, and he’s coming home next season

What a little gem we have stumbled across here. This man has been running amok in France over the past few years, and he could be coming back to England! He has been kicking and running teams ragged all season!

Zack Henry is an English professional rugby player currently playing for USO Nevers in Rugby Pro D2 in France, who are currently riding high in the competition.

He is only 25 years old, and his highlights just for this season in the Pro D2 are insane!

Henry (6ft, 90kg) is a goal kicking fly-half who also plays full-back. He’s got a massive boot, both off the tee and as a touch finder.

The 25-year-old has been making waves in France… Henry qualifies for England, and from watching this highlight reel, he has all the hallmarks of being a top player in the UK. Reports are emerging that the 10 will be moving back to England next season.

The question is, who have signed him?!

Personally we think Henry would look brilliant at Sale Sharks, with AJ MacGinty, unfortunately, being sidelined with a long-term injury, could this pave the way for this youngster to excel in that team?

With Faf de Klerk, the best 9 in the World at the moment giving him the ball, what a lethal possibility that would be…?!

What makes this highlight particularly impressive is the variety of skills that are on display.

He has a massive boot on him, which can be seen in this highlight reel. He was kicking the ball to touch from absolutely everywhere. But he also has some deadly pace as well!

This man should be playing in England and we hope the rumours circulating around him are true!

Here is his highlight reel, and this is just from this season so far, so impressive. Someone sign him now!