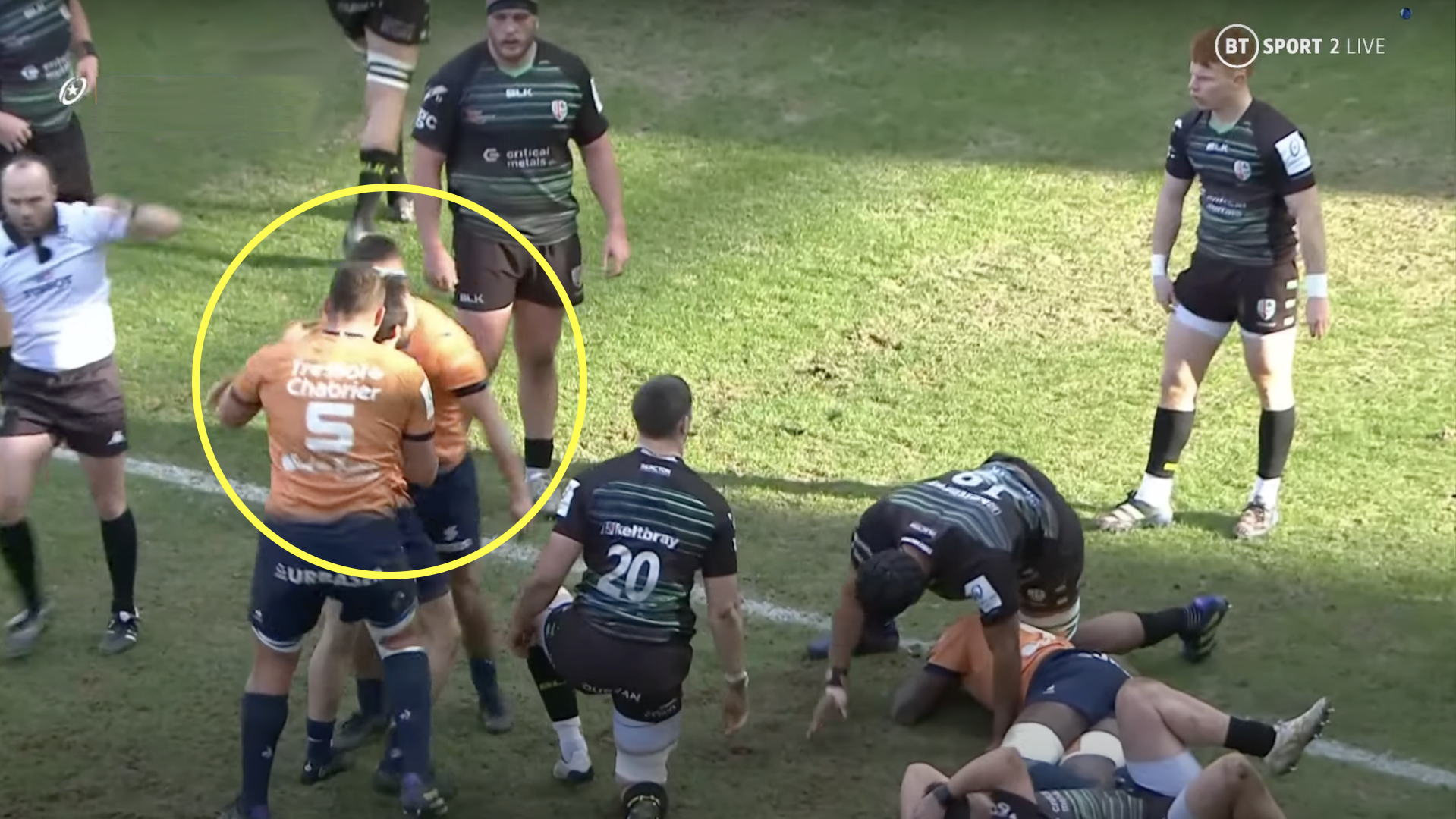 Enraged Bok launches into opposite man after scoring try

If you want to see the most pumped up try celebration from the latest round of Heineken Champions Cup action, or indeed the whole tournament, look no further than Cobus Reinach’s try against London Irish on Sunday.

The South Africa scrum-half’s try came in the closing minutes of the match, and put his side in a position to level the scores with the Exiles with a conversion, which they converted.

Seeing as they were trailing 14-0 at half time at the GGL Stadium, that may explain why he was so pumped up. But it might have had something to do with what his opposite man Caolan Englefield had done.

With a scrum to Montpellier five metres out from London Irish’s line, Englefield was penalised for being offside when blocking a Reinach pass with his leg. From the ensuing penalty the Bok tapped and darted over for the try, but he was clearly not happy with Englefield’s tactics. The 32-year-old was seen screaming at his opposite man after scoring the try, and actually had to be dragged away by his teammates.

In the end, the try did not mean much, as they were still going to finish seventh in Pool B even if they had lost. They will now travel to take on the Exeter Chiefs in the round of 16.

Now THAT is how to execute a tap and go from 9️⃣@c_reinach is pumped up and has too much power for the big forwards on the try line 🏉#HeinekenChampionsCup pic.twitter.com/5J2HKMbI9D

After his side’s slow start, Montpellier head coach Philippe Saint-Andre said after the match: “I remember that we have still qualified for the final phase of the Champions Cup. Even without being exceptional, we are still there.

“But I don’t understand this first half where we are apathetic, without energy. We walk and we suffer.

“We have a different second period with crazy energy, we could even have won with the offensive bonus on the last action.

“We have two faces, it’s not the first time, that’s what is quite worrying.

“They are effective when we have to miss 10 scoring opportunities.

“Our chances/try ratio is not good enough, even if we have the character to finish well.

“But I find it difficult to understand this lack of responsiveness, of commitment in the first period.

“I screamed at half-time, I’m not going to start screaming until kick-off. It belongs to the players, to the leaders.

“We cannot enter the match with so little intensity. Now, we are going to play an away round of 16, we don’t deserve better.”