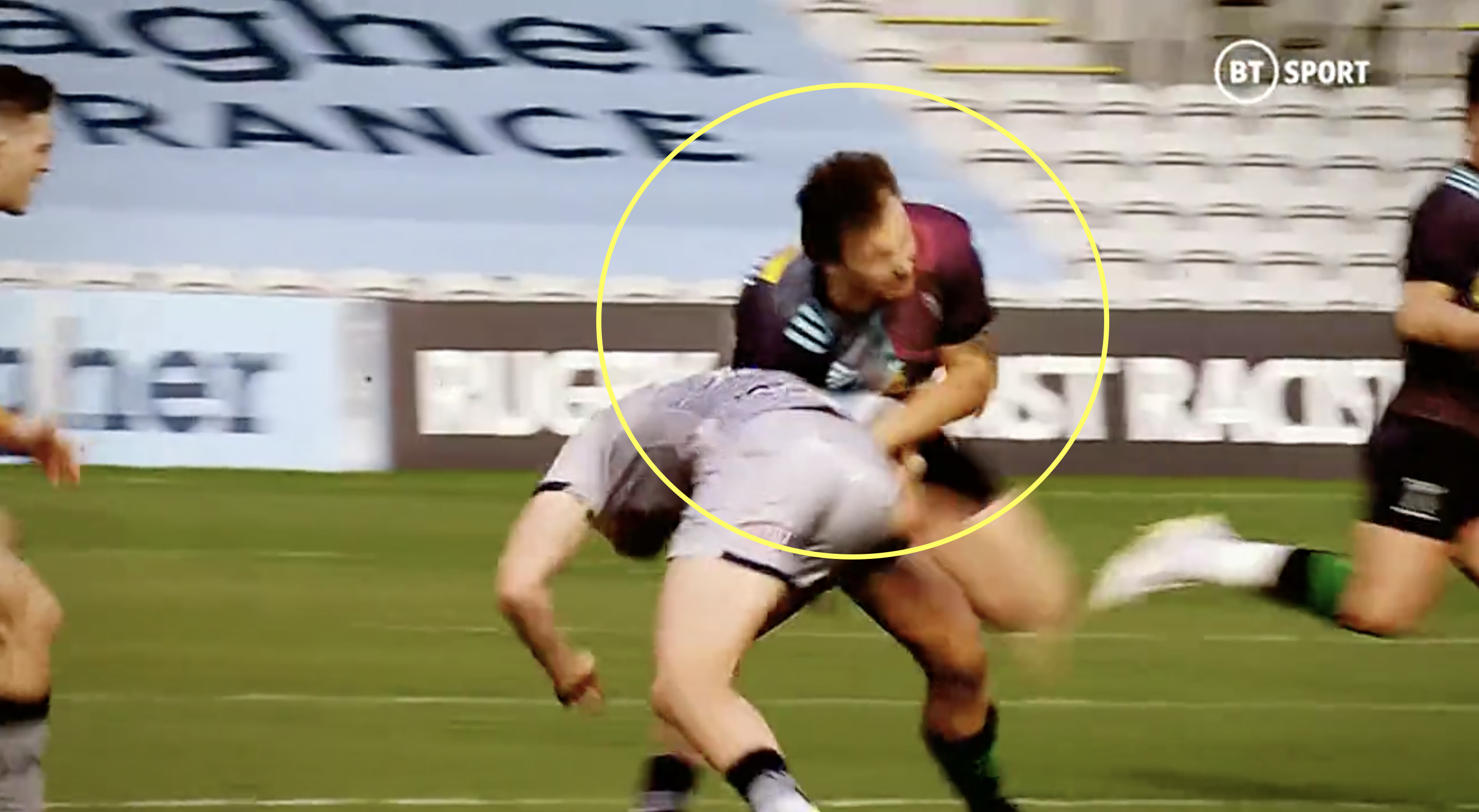 Imagine being such a strong ball carrier that you can have a list of the favourite players you like to run over. Well Harlequins centre Andre Esterhuizen has named the one player in the Gallagher Premiership that he loves running over the more than anyone else, picking his former Sharks teammate Rob du Preez.

The South African duo grew up playing for the Sharks in youth rugby before du Preez moved to Cape Town (and then returned to the Sharks again). He would have thought that he had got away from Esterhuizen when he joined Sale Sharks in the Premiership in 2018, initially on loan, but the 113kg centre followed the same route two years later, instead joining Harlequins.

Speaking to Sarra Elgan on BT Sport recently, the eight-cap Bok talked about his mini rivalry he has with the fly-half/ centre du Preez, who would have come head to head with Esterhuizen more than would have liked in the past two years.

“It’s a tough one, but I like going at Rob du Preez to be fair,” Esterhuizen said.

“We’ve got this thing going on, even when we were back in South Africa and he played for Western Province, we would chat before the game and I would just tell him ‘make sure you put on shoulder pads’ and stuff like that.”

Esterhuizen is making his return to action tonight in the Heineken Champions Cup against Castres at the Stoop after being rested in their dramatic win over Cardiff last week.