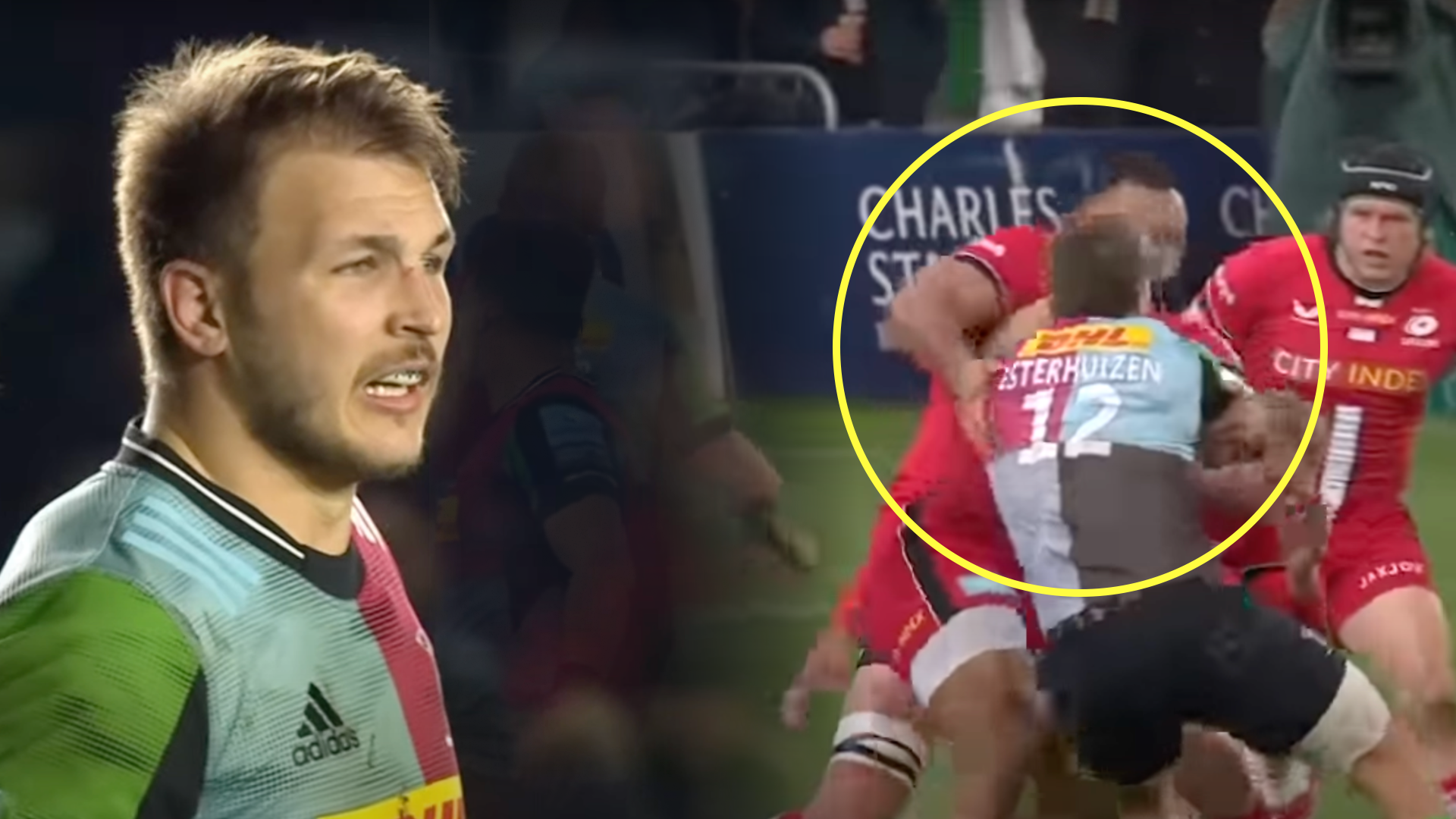 Harlequins centre Andre Esterhuizen has warned Saracens fly-half Owen Farrell that he is going to be running at him this Saturday in the Gallagher Premiership semi-final at the StoneX Stadium.

After finishing second in the league, Saracens booked a home play off berth against last season’s champions Harlequins, who finished third, in an all London derby. Meanwhile, Leicester Tigers host Northampton Saints in the East Midlands Derby.

Just to add a bit more drama to the contest, this will be the first time that Esterhuizen and Farrell have faced each other since their infamous meeting in the green of South Africa and the white of England at Twickenham in 2018. On that occasion, England came out on top by a solitary point, although Farrell came under the spotlight for a dubious tackle on the centre that could have given the Springboks a match winning penalty. Farrell got away with the high shot, although it has widely been deemed a penalty since then.

With the combination of international call ups and Saracens’ relegation, this Saturday will actually be the first time that they have met since then. Esterhuizen’s game has gone from strength to strength since 2018 though, and he was even crowned the RPA players’ player of the year recently.

Speaking on The Rugby Pod recently, the 28-year-old looked ahead to the semi-final and his encounter with the England captain.

“It’s actually the first time we have played against each other again since that game,” said Esterhuizen. “It’s a normal question, I actually run at every ten every weekend so if he is playing ten I am probably going to run at him. We’ll see what happens.”

Of course, as the Springbok said, he runs at every fly-half that he faces, but there may be a little extra venom in his carries this weekend given their history.