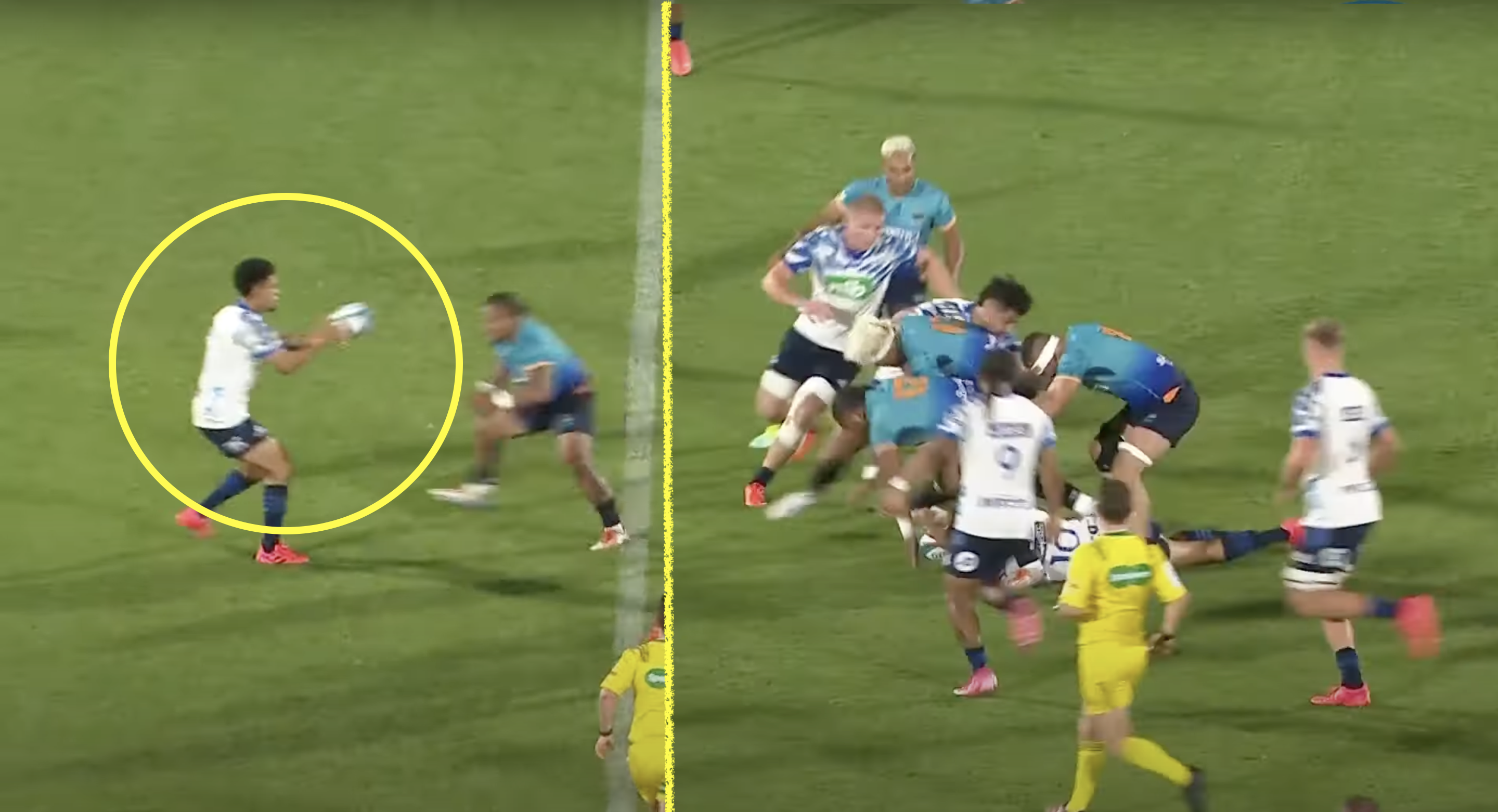 Ex New Zealand league star cuts Blues No10 in half

There are plenty of people at the moment bemoaning how players can no longer tackle the upper body for fear of getting a yellow or red card. Well Moana Pasifika centre Solomone Kata proved this week that it is still very easy in modern rugby union, and still absolutely devastating.

The former Tonga and New Zealand rugby league international took advantage of Blues No10 Stephen Perofeta catching the ball at a standing start yesterday in their Super Rugby Pacific clash. Kata flew out of the line to introduce his shoulder to Perofeta’s ribs. It was a textbook tackle- not too high and he wrapped his arms- and made a massive impact as Moana Pasifika were able to force a turnover.

Moana Pasifika were looking for their second win in a row after beating the Hurricanes last Friday, but were unable to replicate the same result against the Blues at Mt Smart Stadium, as they fell 32-19.