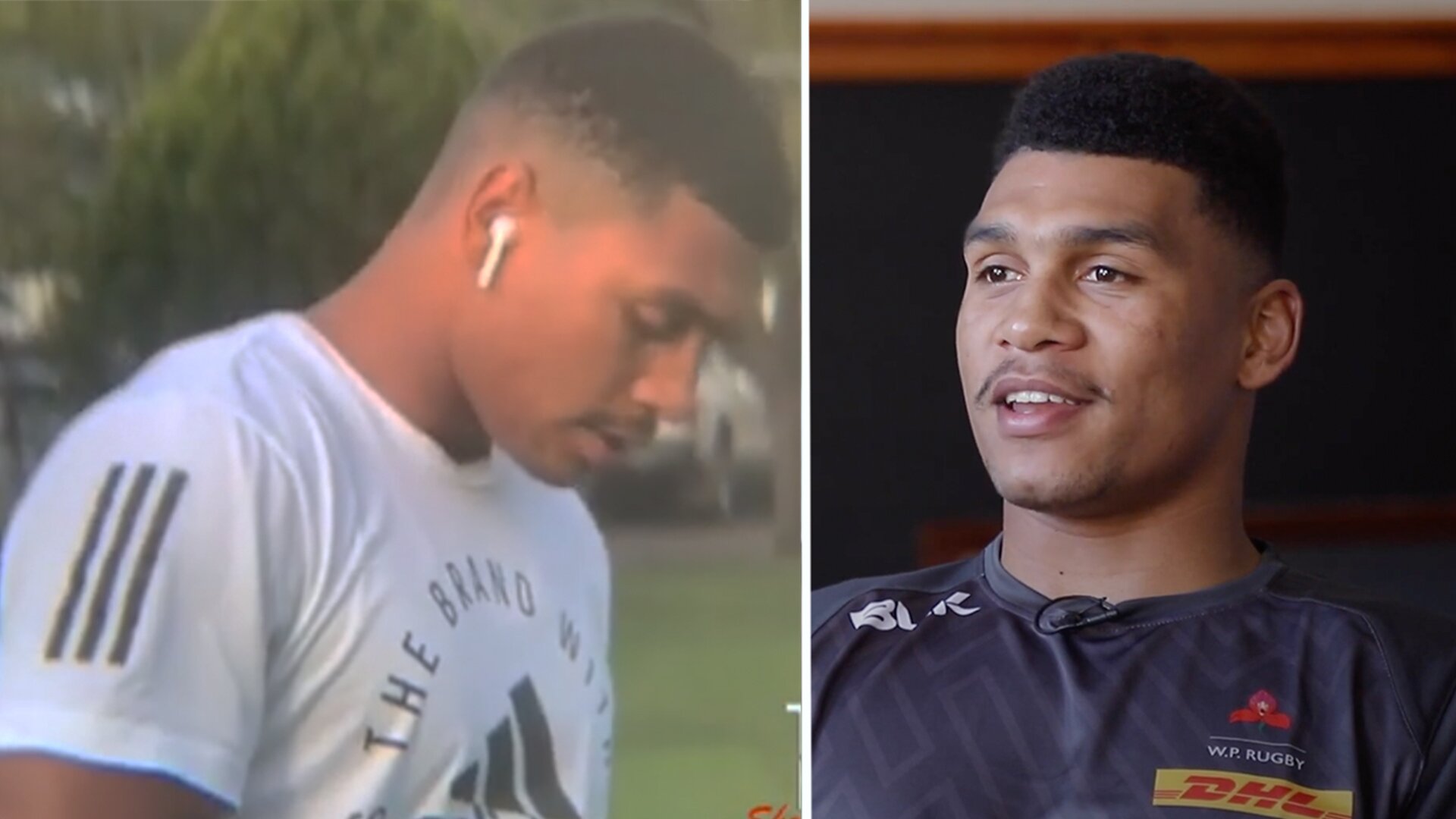 A video maker was driving past Craven Stadium in South Africa when he stumbled across a Springbok prodigy undergoing some brutal solo training.

Thys Lombard is a short format media specialist in South Africa who specialises in creating stories with his iPhone. The footage that he captured today reveals just how far this kid will go.

He stumbled across 22-year-old Stormers fly-half Damian Willemse as he was doing solo training on his speed.

The meeting was completely by chance and the videomaker decided to film the wonderkid working on his speed.

With Handre Pollard out for the foreseeable future in rugby after an ACL tear, there is a spot for a replacement at fly-half in the South African rugby team.

Great seeing how hard @iamdamiangaza is working. Nothing new, always at it, always friendly when I approach him… You go my Man! Nothing will stop you…. #rugby #legend in the making!

With the Springbok prodigy, Damian Willemse, undergoing gruelling trailing like this, it is no wonder that he is being seen as one of the favourites to slot into that 10 position for the World Cup champions.

Fans have been calling for the Stormers star to feature for the national side after the injury to Pollard.

Gonna need Damian Willemse to step up as Bok 10. Curwin Bosch is such a risky option

Willemse will compete against the likes of Curwin Bosch and Elton Jantjies for a spot in the coveted 10 shirt for the Springboks. From looking at the footage above, it seems like he is giving himself every chance to be that player in the shirt.