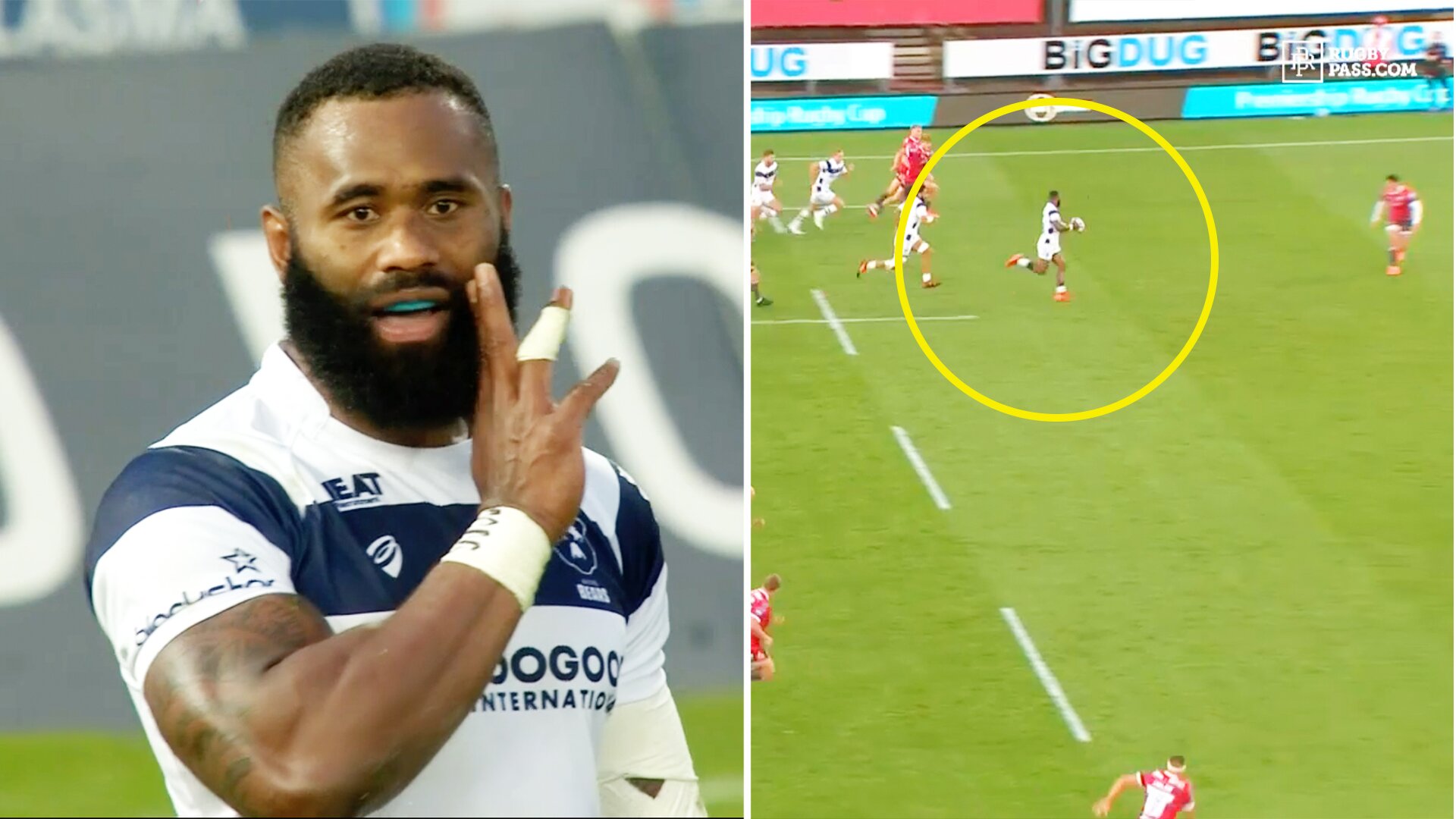 Rugby fans throughout the land are raving about Semi Radradra’s incredible performance for Bristol Bears last night in their victory over Gloucester at Kingsholm.

There was huge hype following the Fijian’s move to the English side and he’s certainly lived up to the billing after this performance.

Fans were raving after his first half display which we have to say is one of the best individual showings that we’ve seen.

Semi Radradra has had the best half hour I’ve seen someone play in a long time.

Anyone else got a semi watching Semi Radradra for @BristolBears?!

What a performance Semi is having pic.twitter.com/vs9ypg2sVZ

After setting up Henry Purdy for that score he also got on the scoresheet himself with another devastating carry close to the Gloucester line.

The boy has everything pic.twitter.com/oGrxldeS2M

Early on in the clash he helped set up the opening try of the game with this deft bit of handling to put his man away in the corner.


He also demonstrated his phenomenal handling ability here with a typical Fijian pass. It was clear that the cherry and whites were man-marking him with several players all evening but it wasn’t enough to stifle his play.

Got the razzle dazzle handling too pic.twitter.com/BoiEd8eygf

Things you love to see: it. pic.twitter.com/CxUMEEbNFK


Bristol helped solidify their position as Premiership challengers to Exeter Chiefs after their 24-33 win last night.

Sale Sharks have endured a miserable return to the top flight since the lockdown period – losing out to the Chiefs in Salford last night.