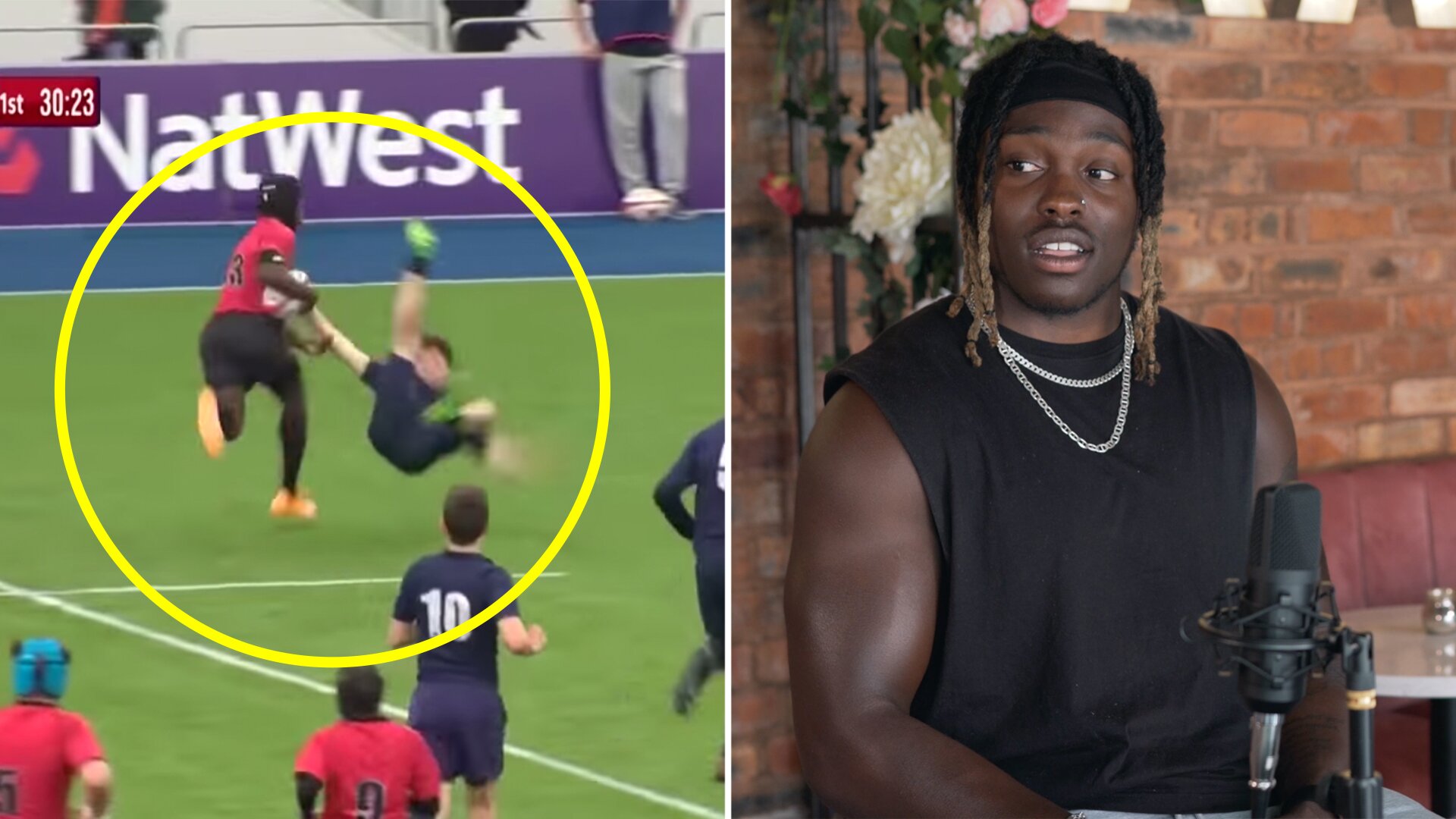 Tyrese Johnson-Fisher is a name that many of the rugby world will remember. He is universally known as one of rugby’s first viral sensations.

Tyrese is a man now, and he featured on the Born Ambitious Podcast hosted by Luis Evitt. His story truly is incredible.

Back in 2015, the youngster was playing for Oakham School in England’s Natwest Cup when his barnstorming performance made him an overnight sensation in the sport. To this day, a highlight of his performance on that day is still the most viewed video on England Rugby’s YouTube channel.

It was one of the most dominant highlight reels we have ever seen. He was just 15 here.

Since then, the 20-year-old has been on an incredible journey. He has excelled in track sports before making a push for American Football in America.

He won a football scholarship to Coastal Carolina University before making a high-profile move to Bristol Bears in 2019. The move attracted much attention in the rugby World.

🇺🇸➡️🇬🇧@tj_athlete has touched down at #BristolBears on a 1⃣ year deal 🛬

Excited to see this guy seize his opportunity 🔥 pic.twitter.com/BiPLkmahDl

Tyrese Johnson-Fisher spoke in this episode about the knowledge that he picked up playing under Pat Lam in Bristol, however the move wasn’t to be and the 20-year-old is now rumoured to be pursuing success in American Football.

The Londoner spoke very openly on the podcast about how he coped with the direct fallout of instant stardom in the rugby world.

He spoke about some of the drawbacks of receiving millions of moves in just 24 hours on the Internet. “I was receiving 500-100 friend requests every single day. And I could just remember seeing loads of inboxes, “you’re not good enough, you’re only this you’re only that. At the time, I was only 15, I didn’t ask for the video to be posted, and to have all that negative attention. To go from having friends who know you to hear them chatting things behind your back, it was a very hostile time.

Rugby can have some of the most critical fans in the sport, and it really showed it’s ugly side with Tyrese Johnson-Fisher.

You can hear him speak openly about exactly what happened here.