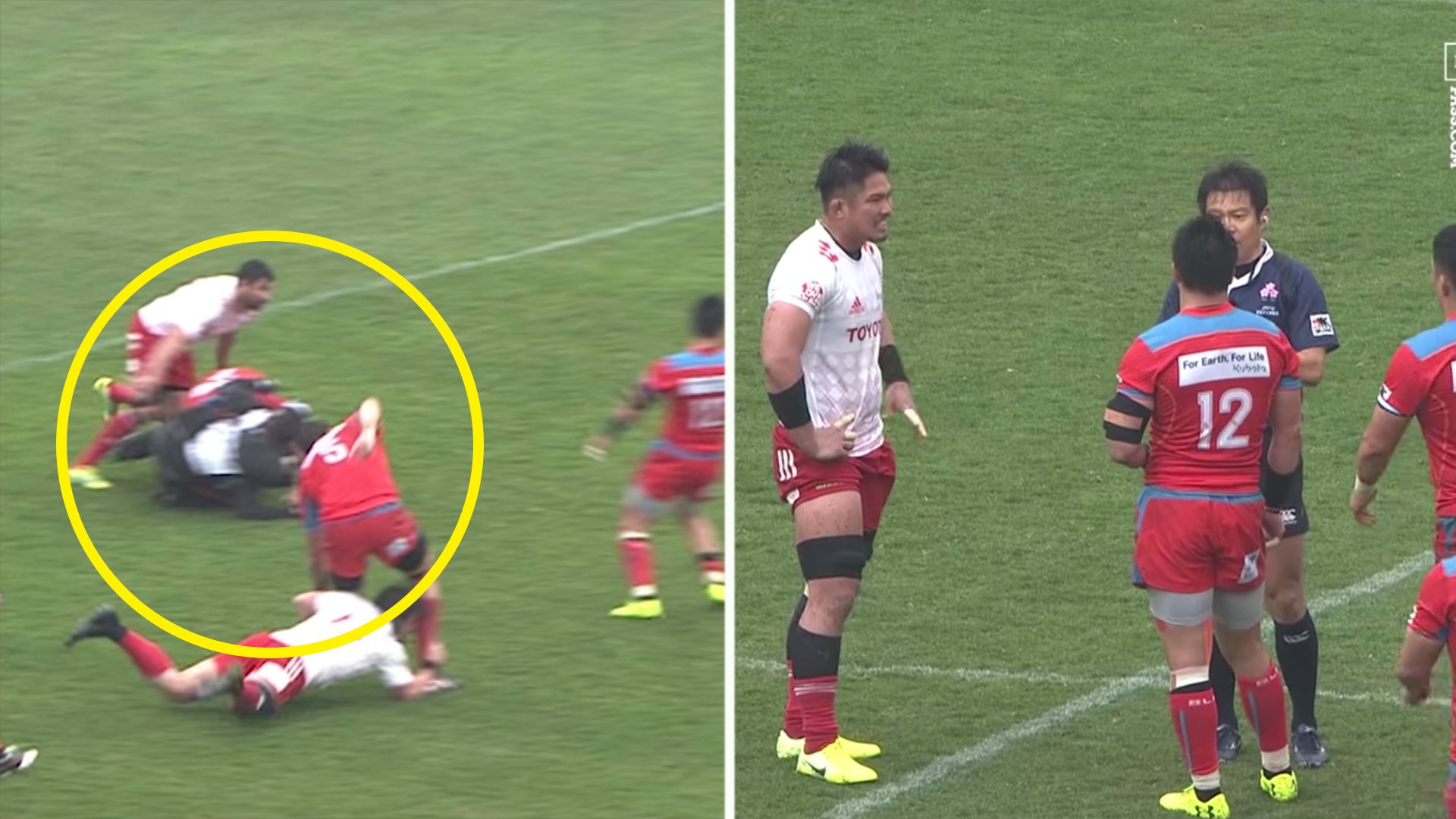 Rugby fans are not happy at all after a clip emerged showing a medic in rugby being used in a negative manner to affect play.

In the clip which has gathered 35,000 views online, a player appears to push a medic who was helping a player in the Japanese Top League.

A player was injured and the medic was simply trying to aid the player who was out of the game.

However, it looks like the player on the defending side pretended to be obstructed by one of the opposition players so that he could stop the play.

The attacking team were almost guaranteed a try so it looks bad for this guy and in very bad taste!

People weren’t happy in the comments of this video!