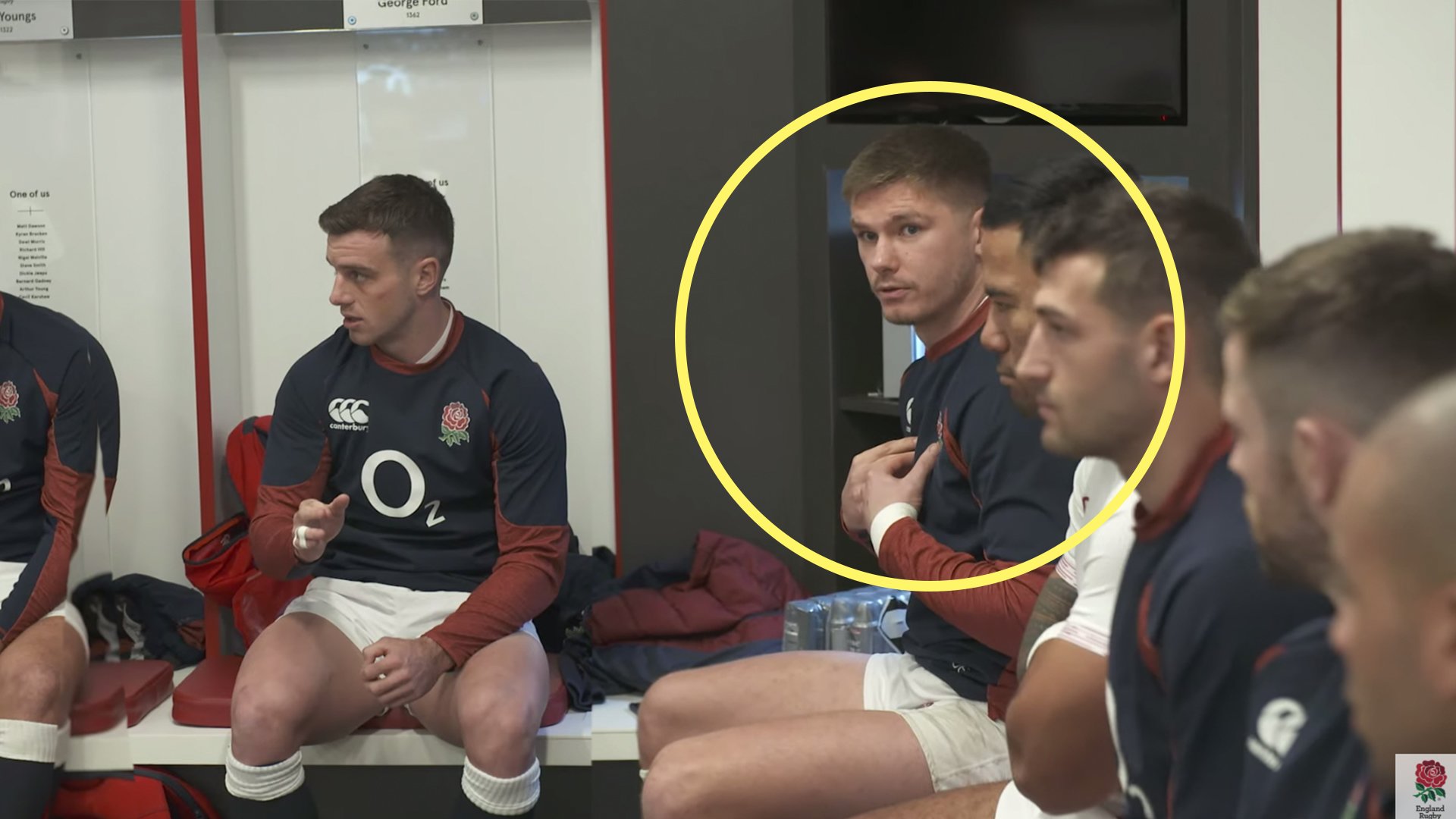 Incredible footage of Owen Farrell and his half time tactics that he gave England have been revealed in a behind the scenes video.

England beat Ireland convincingly Last Sunday in the Six Nations, as the men in white came out and dusted up the men from the Emerald Isle in convincing fashion.

A video has emerged from England’s series ‘The Next Level’, and in the video we were granted special access to the England team at half time as they got into the changing room after a strong half.

In the video, we can see Owen Farrell giving some brilliant behind the scenes advice to the England team and the forward pack.

Farrell commands the complete attention of the the team in this brilliant video.

This is what you call a captain!

With Ireland’s March 7 Guinness Six Nations match at home to Italy set to now be postponed, Andy Farrell has released Ultan Dillane and David Heffernan from his squad so that they can travel to South Africa with Connacht.

The Irish province have a Guinness PRO14 match in Port Elizabeth next Sunday versus the Southern Kings and while Six Nations have yet to officially postpone the following weekend’s Ireland-Italy Test match, Farrell has opted to realise the pair on Wednesday after they were initially included in a 28-strong squad for training in Dublin later this week.

Dillane had featured off the bench in last Sunday’s comprehensive loss to England in London, his first cap since a championship appearance last March versus France. Half time footage of this would of been good

Farrell’s squad update arrived a few hours after the IRFU claimed it had a positive meeting on Wednesday with Irish government health minister Simon Harris.

The IRFU were formally advised by the National Public Health Emergency team that the series of matches with Italy – men’s, women’s and under-20s scheduled for Dublin and Cork on the weekend of March 6-8 – should not proceed in the interests of public health due to the threatened spread of the coronavirus.

A statement read: “We will immediately begin to work with our Six Nations partners to look at the possibility of rescheduling the matches and would hope to have an update on this in the coming days.”