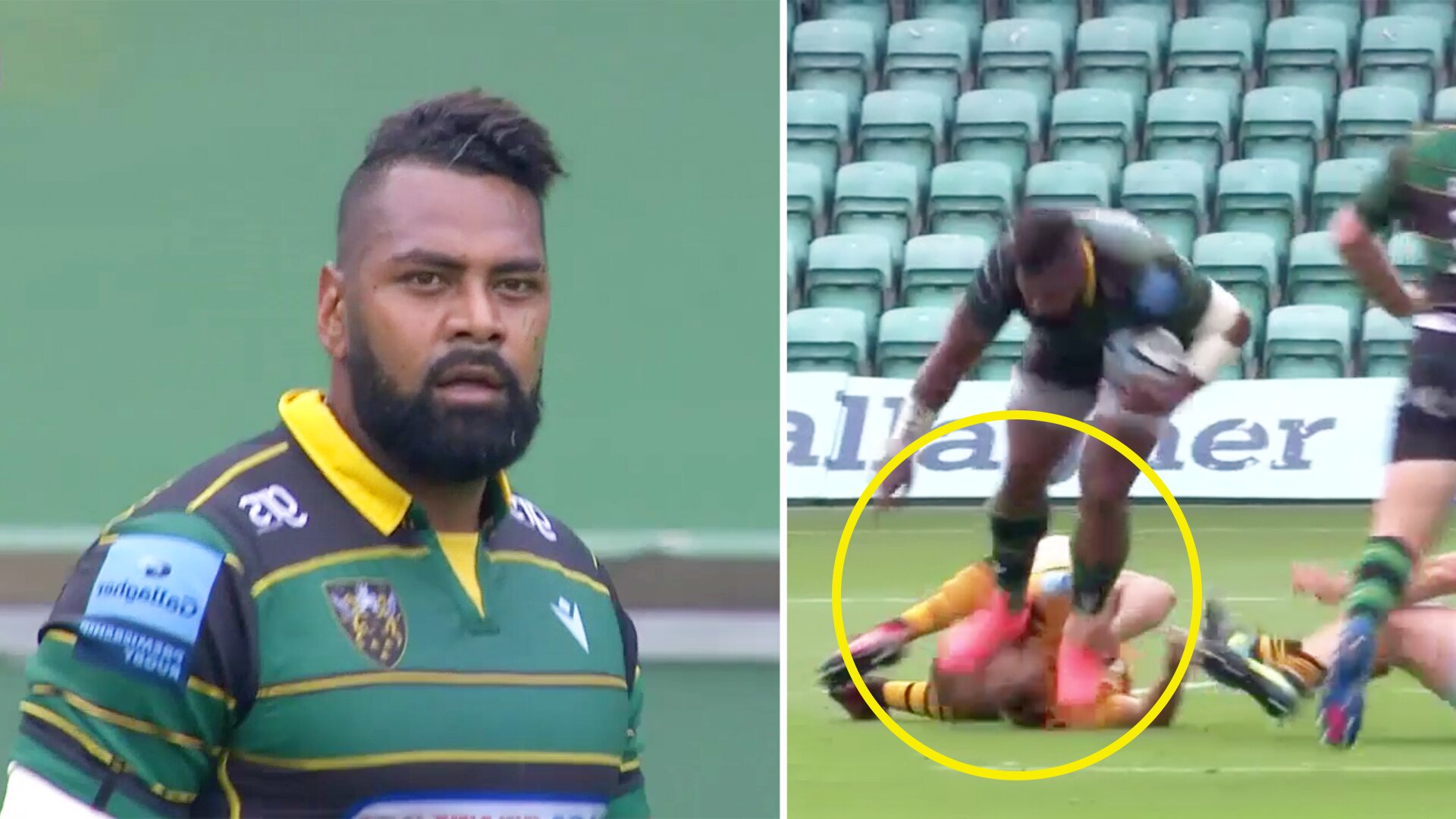 Wasps fans have been up in arms in recent days after an alleged head stamp went unpunished in their victory over Northampton Saints at Franklins Gardens.

One fan clipped the moment from the first half and it has received dozens of comments and shares online.

The incident occurs in the 22nd minute of the first half as Saints powerhouse winger, Taqele Naiyaravoro, makes a powerful carry into the Wasps defence.

He bounces off one player before wriggling free of the clutches of England star Joe Launcbhury. In real time, nothing looks out of the ordinary and the play continues on for a phase before a monster hit from Fekitoa that earned him a yellow card.

With all the attention on that high hit, Naiyaravoro’s carry went under the radar – but as we look back at it, it really looked terrible.

Be interested to see if this one gets picked up at all? Looks pretty clear and obvious IMO. @btsportrugby @WaspsRugby pic.twitter.com/f2yhWfjefx

The video got a mixed reaction online as fans were divided about whether the head stamp was intentional or not.

“The more I see it the more it looks intentional. His leg goes out towards Launchers rather than straight down” – @AMYTOOSH88

“I’ve watched it a few times trying to give him the benefit of the doubt, but if you’re falling there’s no need to kick out like that. Credit to @joe_launchfor getting back to his feet pretty quick, would have been a diff story had he stayed down!”- @martinray23

“That’s disgusting, he knew exactly what he was doing there, this needs looking at @premrugby -This is outrageous, why the officials have done nothing, can’t believe @btsportrugby have not mentioned it.” – @cryptografic

“I watched this game, and missed this entirely. This is something I am sure will be cited and actioned. No real excuse for this.” – @westlakekevin

“Disgusting conduct and no mention or review of it.” – @sportschannel02

Others fans felt it was not deliberate

“Not deliberate, trying to get out of a tackle. Losing footwork as he’s trying drive his legs through” -@rugbyarns

“I’m as big a Wasps fan as anyone but it’s clearly unintentional, he’s falling forward and trying to regain his balance/push off his right foot to regain his momentum. It’s an accident.” -@pineconechris