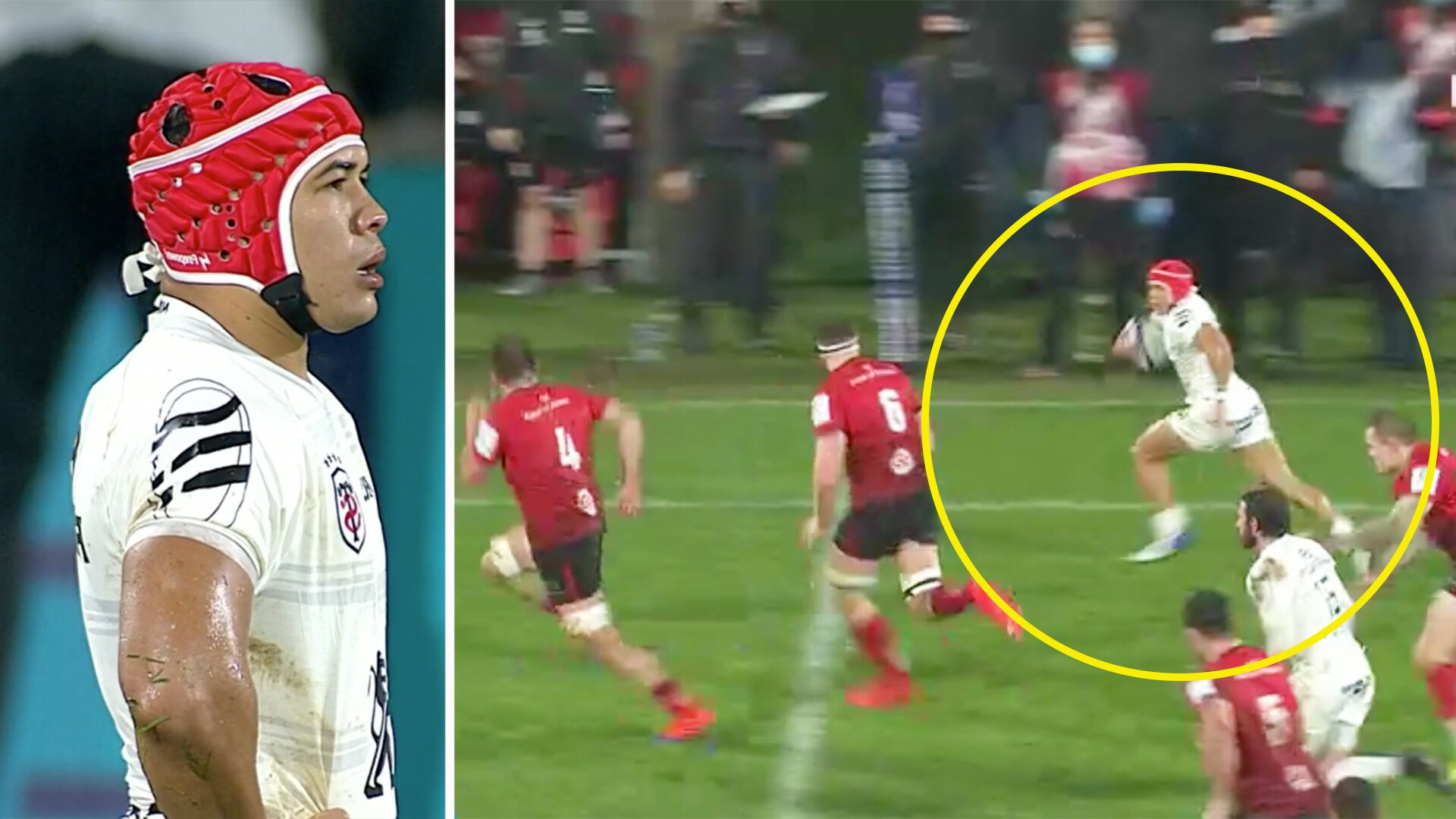 Cheslin Kole didn’t leave it long to make his mark on the new Champion’s Cup season with this outrageous try against Ulster tonight.

At a rain-ravaged Kingspan Stadium, Toulouse took on the Northern Irish heavyweights in a match that many predicted would be a cagey, attritional affair.

They could not have been more wrong.

The first half was a ferocious contest with both sides throwing caution to the considerable Belfast wind. We saw the hosts take the lead through a well-worked driving maul from 7m out. Fans praised the contribution of Ireland winger, Jacob Stockdale, for some effective work to help his side barrel over from close range.

Ulster then struck again shortly after with what critics were calling an early contender for try of the season.

We see as they run a move off the attacking scrum as they throw it from left to right. This really was an exceptional team try – watch the sensational score below.

The moment that really stole the headlines came later in the first half as Springbok winger, Cheslin Kolbe, produced a moment of magic to haul Toulouse back into the contest.

Fans on social media were raving about this stupendous effort from the World Champion after this.

How good is Cheslin Kolbe

Watch the incredible solo try from Cheslin Kolbe in the video link below.

We watch as the ball is thrown wide from left to right for Kolbe out wide on the right.

There appears to be nothing on with five Ulster defenders getting across well to cover Kolbe who is still inside his own half.

He takes on the retreating Ulster men, outpacing them with ease before kicking ahead for himself to chase.

On the sodden Kingspan turf, Kolbe is still able to race past four defenders who are rushing back to make it to the ball and somehow he manages to gather before rolling in under the grasp of opposition fly-half Ian Madigan.

Was this an early try of the season contender for you? Let us know what you think.