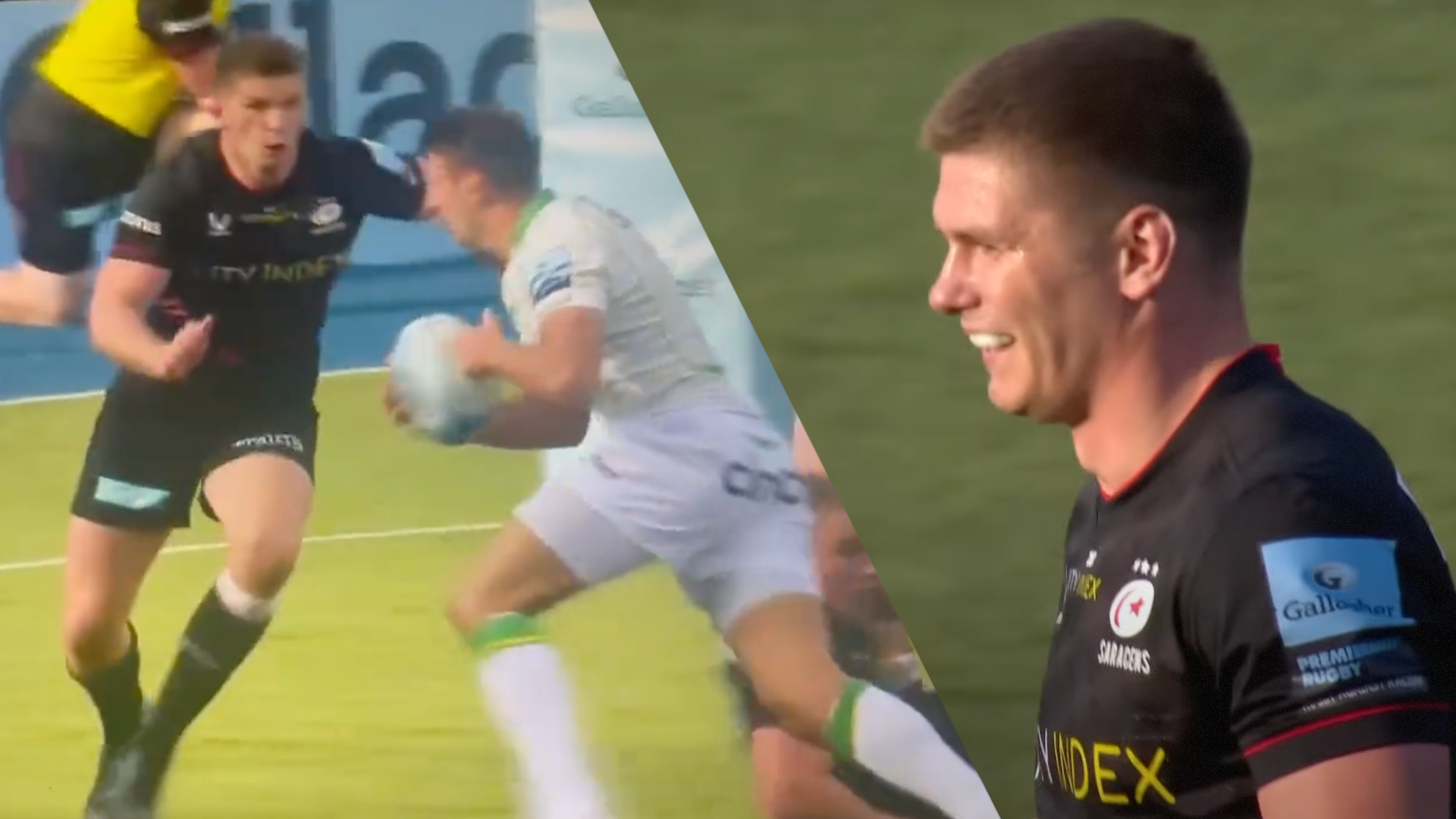 Do referees turn a blind eye to Owen Farrell tackles? Who knows? Is there an anti Owen Farrell agenda online? Who knows? But the England captain seems to be rugby Twitter’s public enemy number one at the moment after his performance against Northampton Saints yesterday for Saracens.

The particular incident was a tackle on Saints scrum-half Alex Mitchell which did not get looked at despite there being clear head on head contact. Some have argued online that Mitchell rose up into the tackle, which was a mitigating factor. However, even prior to him rising up, there was no intent at all from Farrell to bend his knees so it was always going to be touch and go on the legality.

What definitely did happen was Farrell came off second best, as Mitchell threw him away to the floor. That probably helped Farrell though as it meant the decision was not reviewed. Had Mitchell crashed to the floor, it may have been a different matter altogether.

What has enraged fans as well is the fact that Northampton’s Lewis Ludlam was yellow carded in the same match for head on head contact with Farrell in a ruck. This has led to calls for greater consistency from referees, although, to be fair, the incidents were quite dissimilar as one was a tackle and another was a player going off their feet at a ruck. However, to gloss over Farrell’s tackle completely was strange.

To add insult to injury, Saracens not only won 42-38 at the StoneX Stadium, but Farrell was actually named the man of the match, as he helped the London outfit earn a home semi final in the Gallagher Premiership.

“It’s a great group of players and a great effort to get 87 points to get a home semi,” Saracens director of rugby Mark McCall said.

“We were really gutted at how we performed last week. Something was not quite right and maybe we were feeling a little bit pleased with ourselves after a few victories but we certainly got a punch in the face.

“We lacked accuracy in the first half and disappointed not to score against 13 men but it didn’t bother us as we knew if we cut out the mistakes then the tries would come so everyone was calm at half-time.”

Here is the Ludlam yellow:

Here is the Farrell tackle: