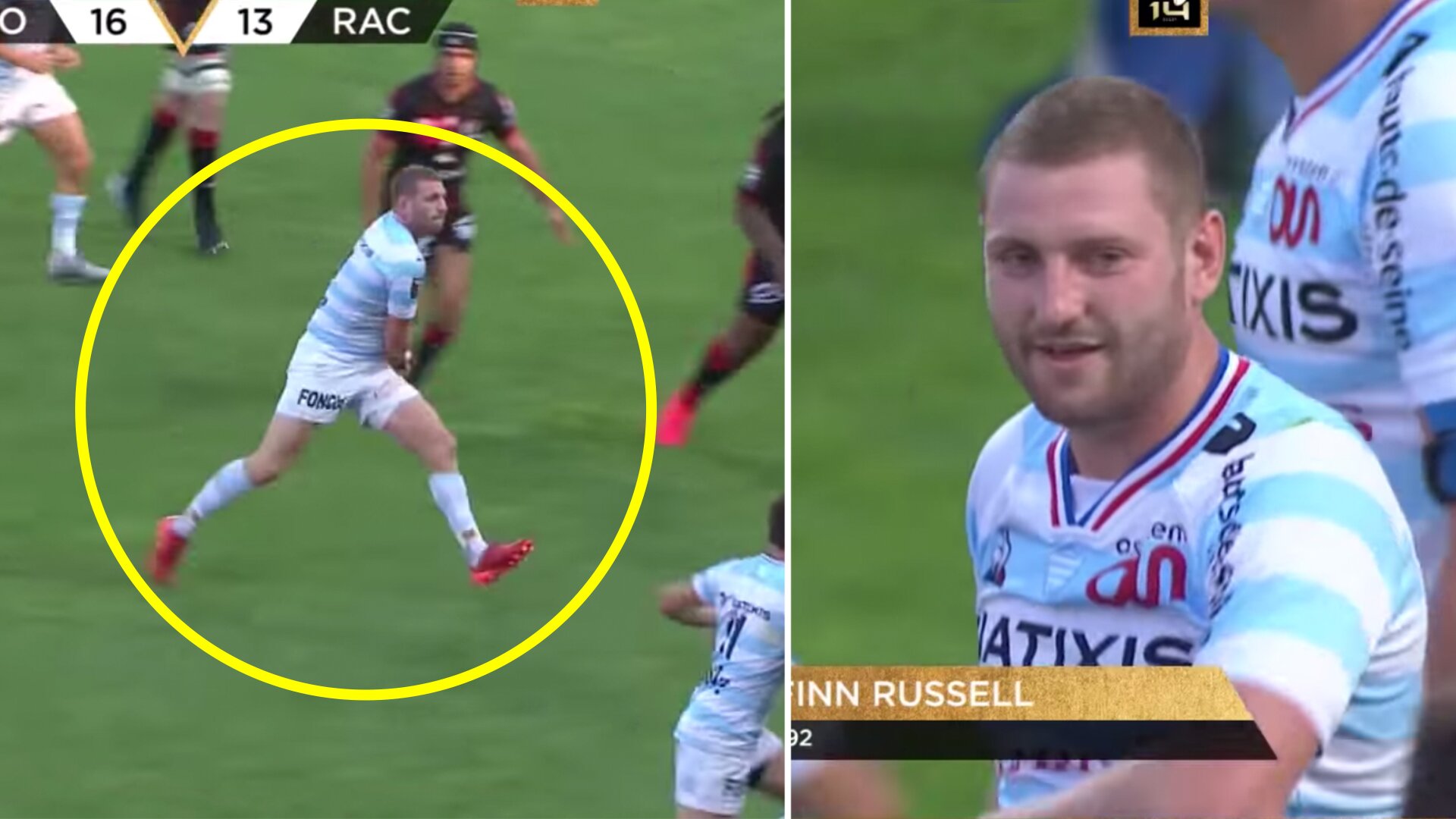 Finn Russell is back to embarrassing players in France

Scottish talent Finn Russell is embarrassing players in the Top 14 as rugby is France builds up steam.

The Racing 92 star man has been blowing up social media with his impressive performances for the men in blue and white in Paris. There have been calls for him to be back in the Scotland team after this latest performance.

There was already hype around Racing 92 after they named a ridiculously talented starting team. Russell was joined by the likes of Vakatawa, Imhoff and Kurtley Beale.

The starting team they named was ridiculously stacked full of talent.

The Scotland star, who was seemingly left out of Scotland’s plans in the 2020 Six Nations

Great to see #FinnRussell score a #try to get #Racing92‘s season off to a narrow but winning start at Lyon.

Finn Russell twists, turns, rolls and forces his way over, despite the efforts of four defenders #LOUR92

The 27-year-olds notched a brilliant a kick into the Lyon 22 while Racing were attacking and followed up well to pressure Clement Laporte’s kick with former Argentina back Juan Imhoff pouncing on the loose ball to score.

Many will be hoping that Finn Russell is named back in the Scotland squad for the upcoming Autumn Nations cup, with the fixtures announced today for that tournament.

Scotland struggled to get up to speed in the tournament without the help of the mercurial player. Adam Hastings was impressive but he did not have the same attacking potential.

Fans were loving his performance in the comments under the video.