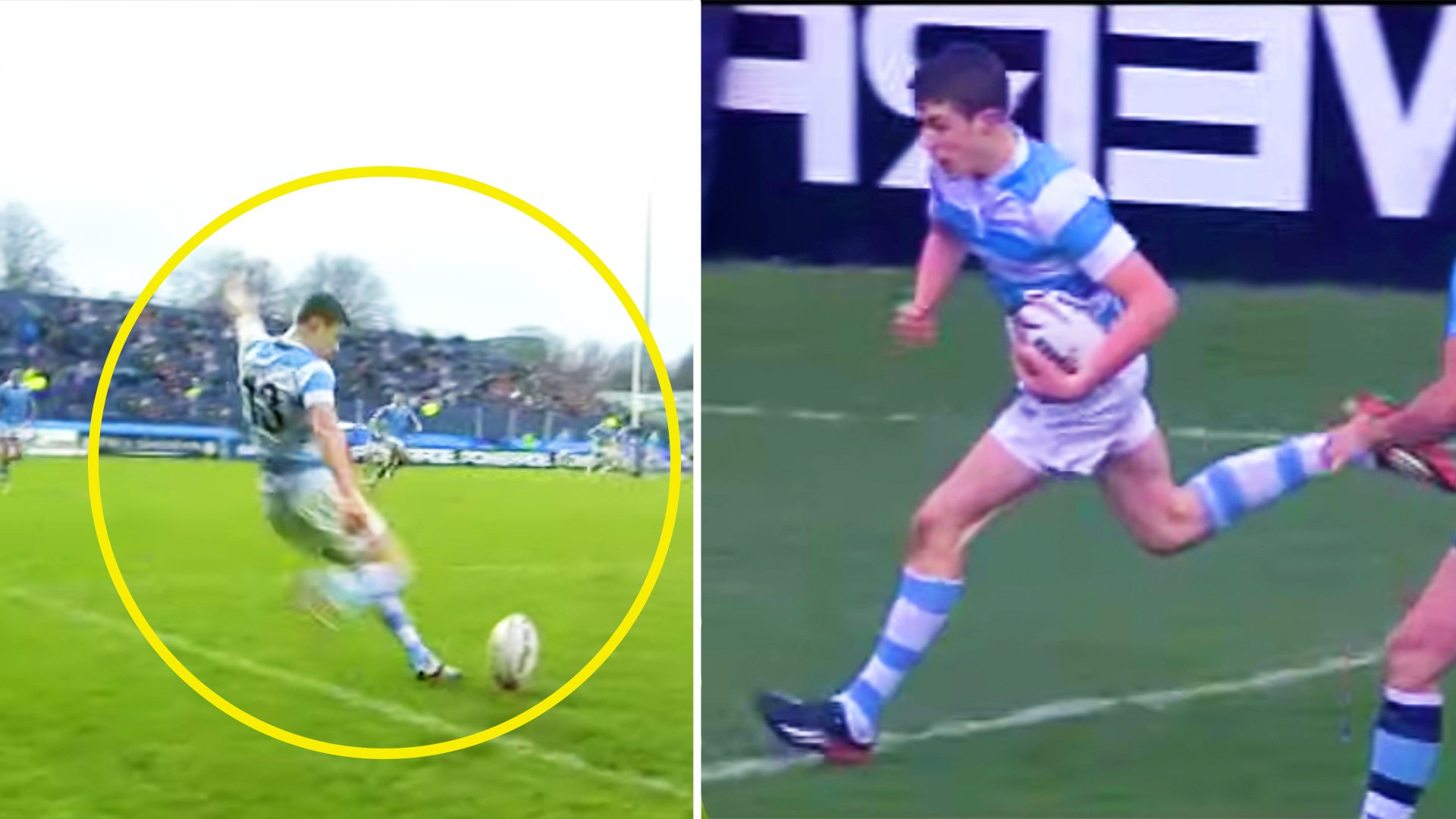 This Gary Ringrose footage from an Irish schoolboy Cup final is phenomenal.

This footage was taken from the Leinster Schools Senior Cup final back in 2013.

The schools, Blackrock College and St Michaels College played out a fiercely fought contest in front of a packed-out RDS stadium. The young Ireland man played for Blackrock.

Ringrose made the bus for this crunch encounter

Even the greats can make mistakes https://t.co/GUVl5NouAh

It didn’t take long for Ringrose to get himself on the scoresheet with a long-range solo effort in the sixteenth minute of play.

We see as the Leinster and Ireland centre gathers a loose ball deep in his own half before racing away down the touchline to score a length of the field try.

It’s clear that this kid was special!

We then watch as the young flyer slots the touchline conversion to extend his sides lead.

The rest of the match is closely fought battle with St Michaels fighting their way back into the match to take a 16-20 lead.

No contest. Simply too much on field and on bench. Gary Ringrose outstanding. 👏👏🏉 https://t.co/2ccjBcWQW3

Ringrose is then at the heart of the action as he throws a long flinging pass out wide to set up a try in the corner to put Blackrock back in the lead.

You can hear the deafening noise as the crowd erupts from the score.

Schoolboy rugby in Ireland is no joke!

We then see as the Leinster man, five minutes from time, slots another crucial touchline conversion to bring the scores to 23-20.

It’s clear that this boy was a winner.

Blackrock defended their lead gallantly in the final few minutes starving the opposition of possession as they went on to seal the victory.

We watch as the captain and scrum-half Charlie Rock boots it out of play to scenes of pandemonium all around the RDS.

This is truly phenomenal footage with many of the players who featured in this encounter going on to play professionally.

Check out this incredible match below