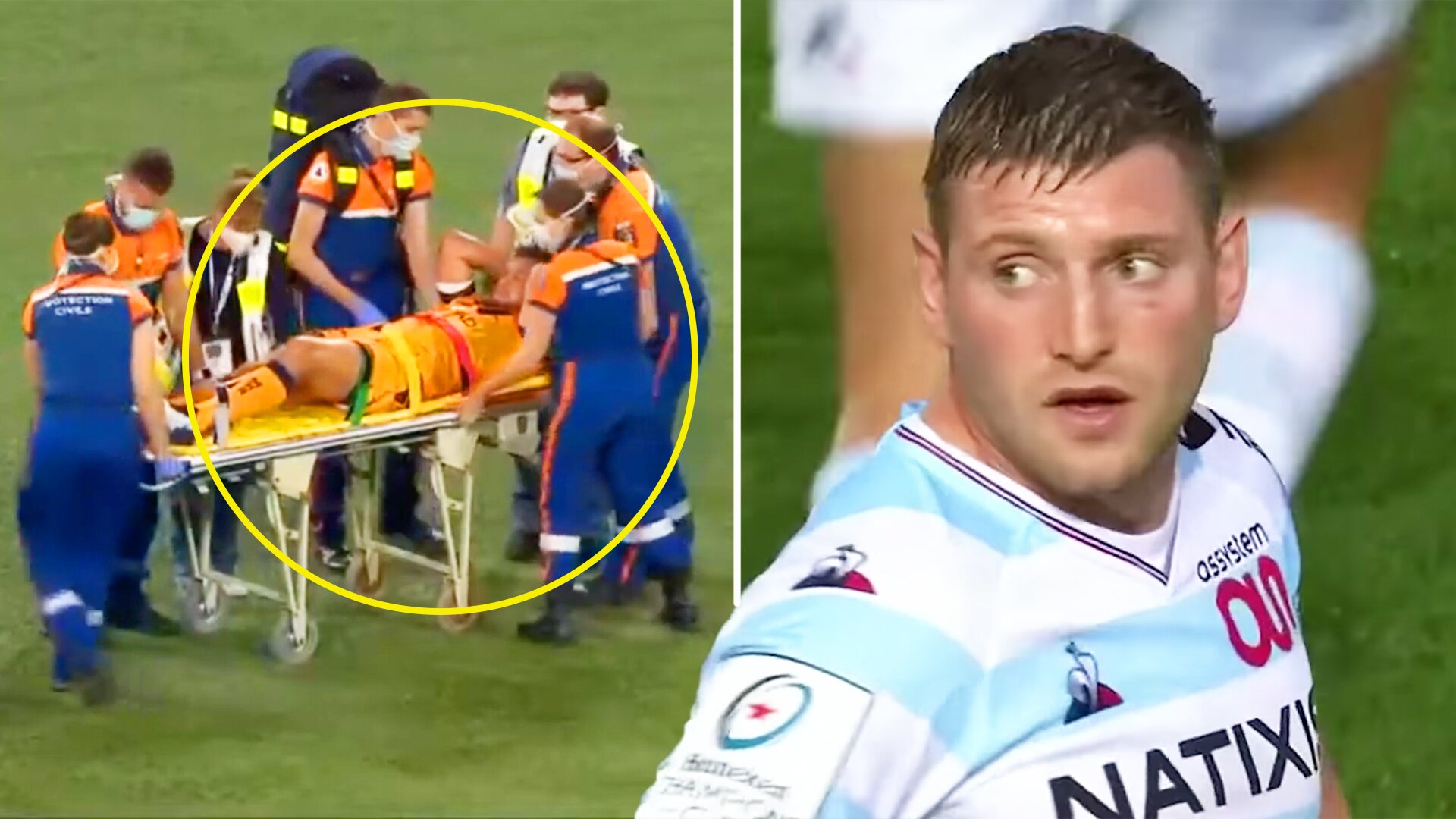 Finn Russell and Handre Pollard came head to head in this exciting Top 14 clash in France in what was a fascinating precursor to what could be the ten battle in next year’s Lions tour in South Africa.

The star fly-halves have both been plying their trade in the French league with Racing 92 and Montpellier respectively.

It was the Scotsman who won the night with an exceptional display of running rugby combined with some incredible moments of magic as he picked out players with brilliant chip kicks.

The same can’t be said for Handre Pollard who failed to galvanise his back line as his side fell to a 41-17 defeat to their league rivals.

The World Cup winning Springbok fly-half was stretchered off the field after a heavy collision in the second half of last night’s encounter.

This is a sight that is sure to worry South African rugby fans.

It was also a bad night at the office for Australian full-back, Kurtley Beale, as he saw red for this high tackle with 18 minutes left of play in the second half.

With a limited crowd in the stadium you can really hear the cries of dismay from the Montpellier coaching team.

Racing 92 now climb to third in the table with Montpellier now lying in with place following last night’s heavy defeat.

Handre Pollard is thought have suffered a serious knee injury. According to reports from France, Pollard was taken from the ground to hospital and the initial fears are that the World Cup winner suffered ligament damage, which would then require several months out of action.