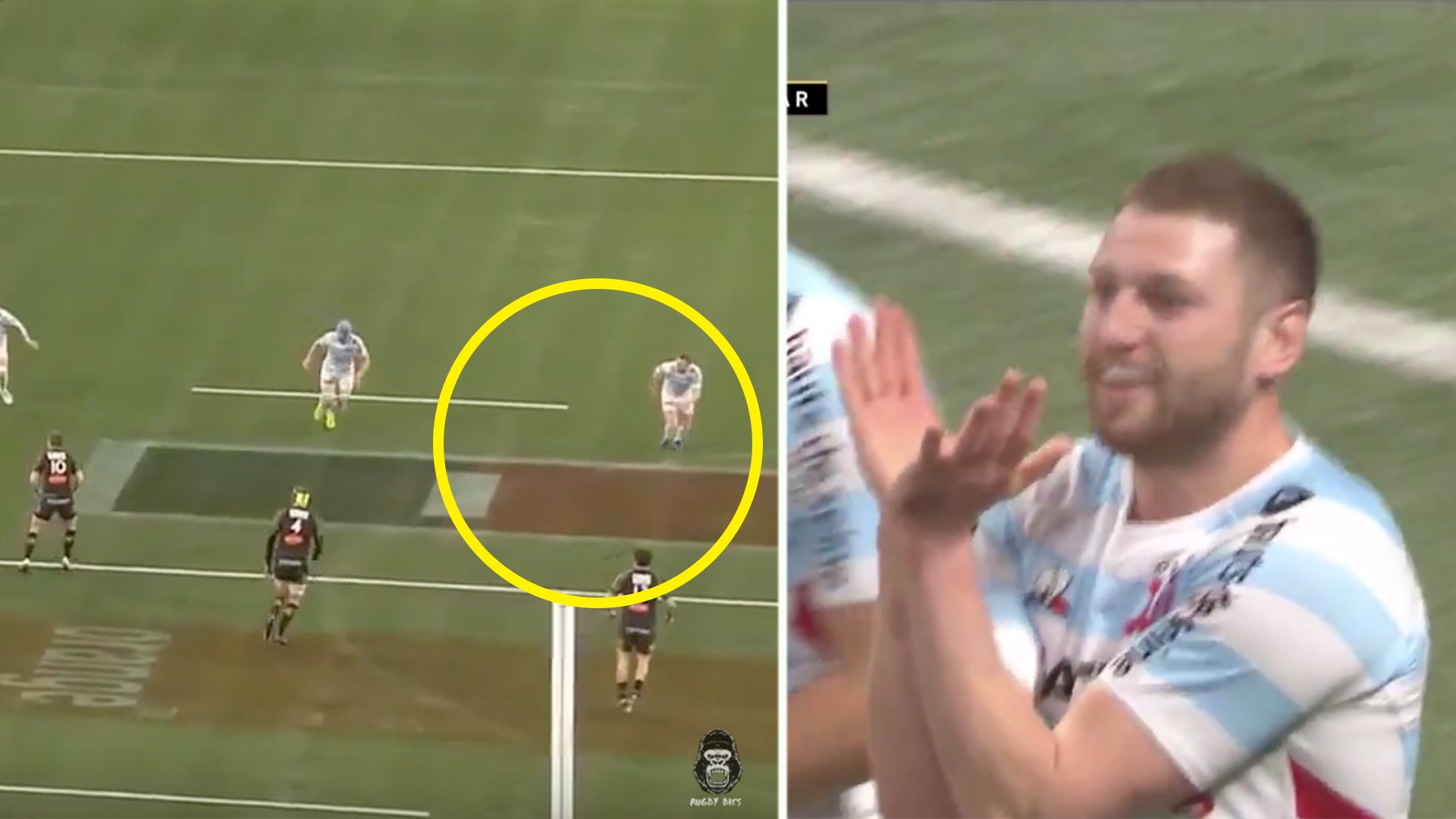 Finn Russell sent a clear message to Scotland and their head coach Gregor Townsend after he scored a scintillating try for Racing 92 in the Top 14.

The Scottish talismanic 10 has been left out of the Scotland Six Nations squad after some incidents before the tournament put him out of favour with the squad.

This try was almost identical to the try he scored at the World Cup for Scotland, and it showed that he is just as dangerous as ever.

Here is the video of the try that he scored, what is his celebration about?

We have heard Finn Russell’s side of the story over the weekend as Russell told the media his side of things.

Here is the video that Gregor Townsend released today detailing exactly what happened in the Scotland camp.

We have to admit, Townsend has been very upfront and transparent about what has been going on. We think he may be in the right here.

Here is some of what he said…

“We strive to create an environment for players to be at their absolute best when playing for Scotland. To do that players must be aligned to the high standards of being involved in team sport at an elite level.

“These standards are set out through feedback from players and staff and are driven by the player leadership group or the head coach at varying times during a campaign.

“We have players who come from around a dozen different clubs and it’s really important they commit to an agreed standard of behaviour, which builds trust and is at the bedrock of a high-performance environment.

“These standards don’t change for one player, even if that’s not what they experience in their club setting.

“A really pleasing aspect of the last three weeks has been seeing the group commit to this high-performance standard, bond as a group of young men and show consistency and quality on the training field. They’ve been a pleasure to work with.