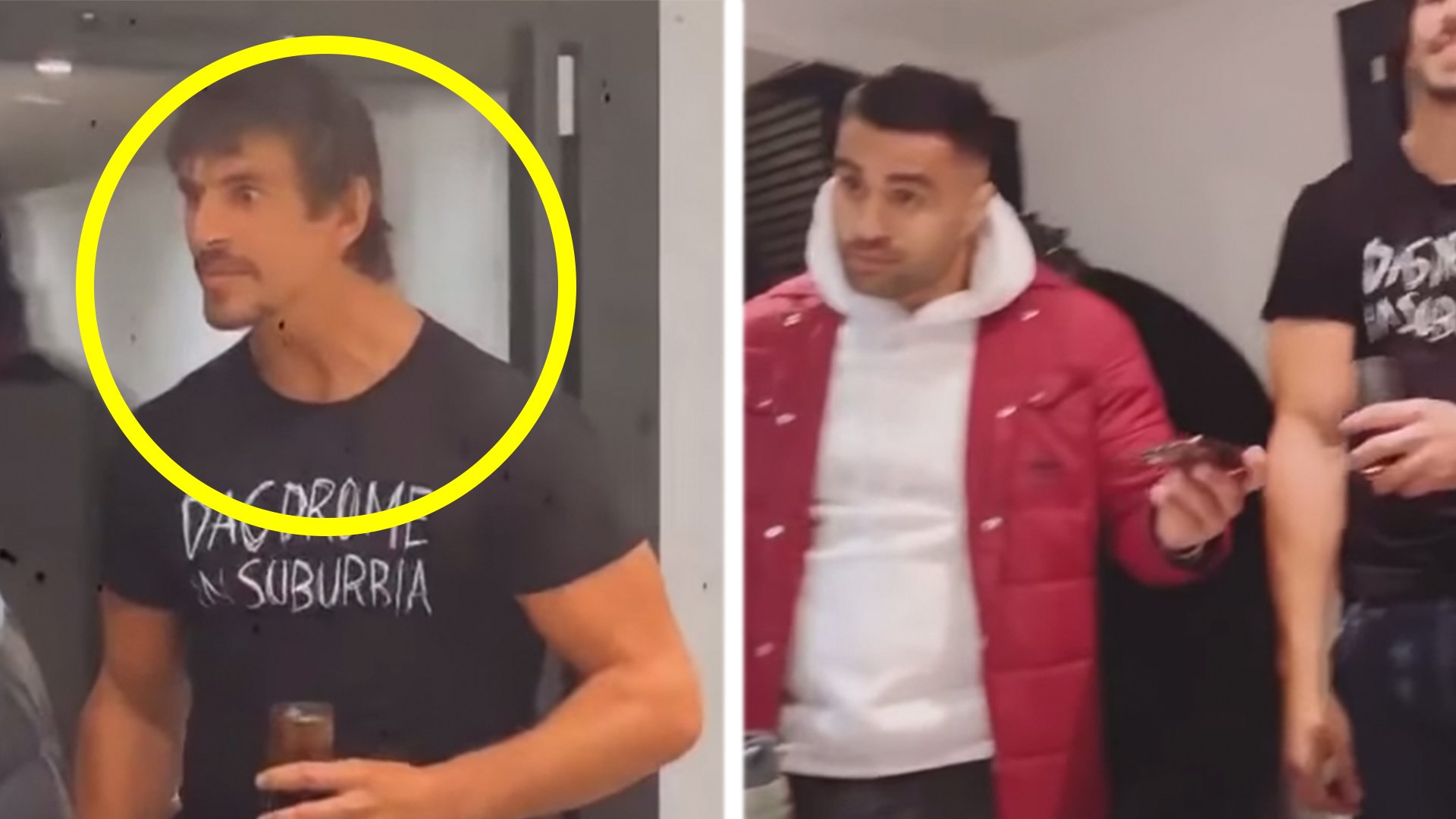 World Cup Winner Eben Etzebeth appears to be settling in well with Toulon as he made his move to France on a highly lucrative deal. What a party!

A video emerged last night on social media of Etzebeth, Liam Messam and Julian Savea all celebrating the New Year at a house in France.

Etzebeth appeared to be having a great time last night at a New Years party in his new home with former All Black stars Laim Messam and Julian Savea who are now both playing for Toulon.

An odd incident occurred when both New Zealand players started performing the haka to Etzebeth at the party. Things seemed to turn very intense!

Etzebeth and the All Blacks were partying last night… Eben Etzebeth appeared to face up to Liam Messam when he performed the haka in front of him, matching the emotion and passion that his teammate was giving him.

International try scorer of the decade Julian Savea was also giving the same amount of passion during the haka to Etzebeth who was holding a glass of what we can only assume was rum and coke.

It was great to see players from different countries getting on so famously at this party.

It was also brilliant to see players from South Africa and New Zealand mixing, especially as the teams have a historic rivalry in the sport.

Here is the video of the players at the New Years party. We were surprised that the Springbok lock didn’t start performing the haka too at this point.

Here is the video, can someone explain what they were doing with him when Etzebeth gets all intense?