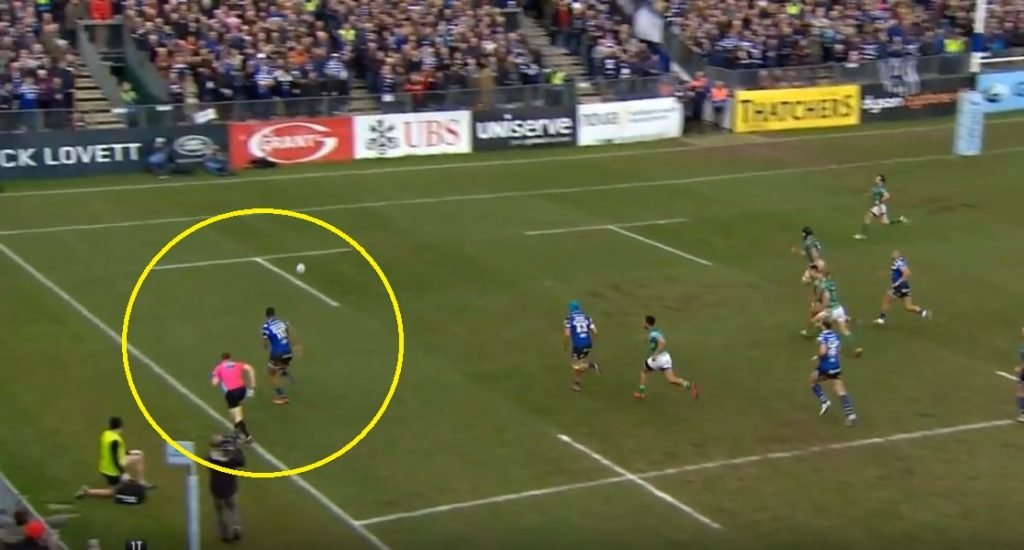 While it seems very unlikely Eddie Jones will make any unforced changes to his England team for the crunch test against Wales on Saturday, he will need to replace the recently injured Chris Ashton.

The Sale winger started against the French at Twickenham in round two, but is unavailable this weekend due to a calf injury. While Exeter’s Jack Nowell will probably return to the starting XV after starting against Ireland in Dublin, there will now be a vacant space on the bench at the Principality Stadium.

Therefore, it was a great weekend for peripheral wingers Joe Cokanasiga and Ollie Thorley to impress when they returned to their respective clubs Bath and Gloucester.

Cokanasiga was on the scoresheet as Bath overcame Newcastle at the Rec:

This was a classy finish from the 21-year-old, who not only showed great pace to make it onto the end of Jonathan Joseph’s grubber kick, but was able to get the ball down with limited space. Jones would have sent Cokanasiga back to his club to get more game time under his belt and show what he is capable, and he certainly did that.

Meanwhile, Thorley also made a statement at Kingsholm, as Gloucester triumphed over Exeter, who were leading the Premiership going into the game. While Thorley did not score, he had a major part to play in the team’s victory. It was his individual brilliance that set up the first try of the match, as he collected Danny Cipriani’s kick and offloaded to Jason Woodward. He was a threat throughout the match, and Gloucester took to Instagram to highlight Thorley’s strength, showing the two times that he bounced an Exeter defender on Friday night:

While Cokanasiga would be the firm favourite to get the nod from Jones to feature against Wales, Thorley certainly did his chances on earning a first cap no harm with his display against Exeter. Italy visit England the following round, which may give the coach a chance to experiment with his team and may give the Gloucester winger his opportunity.