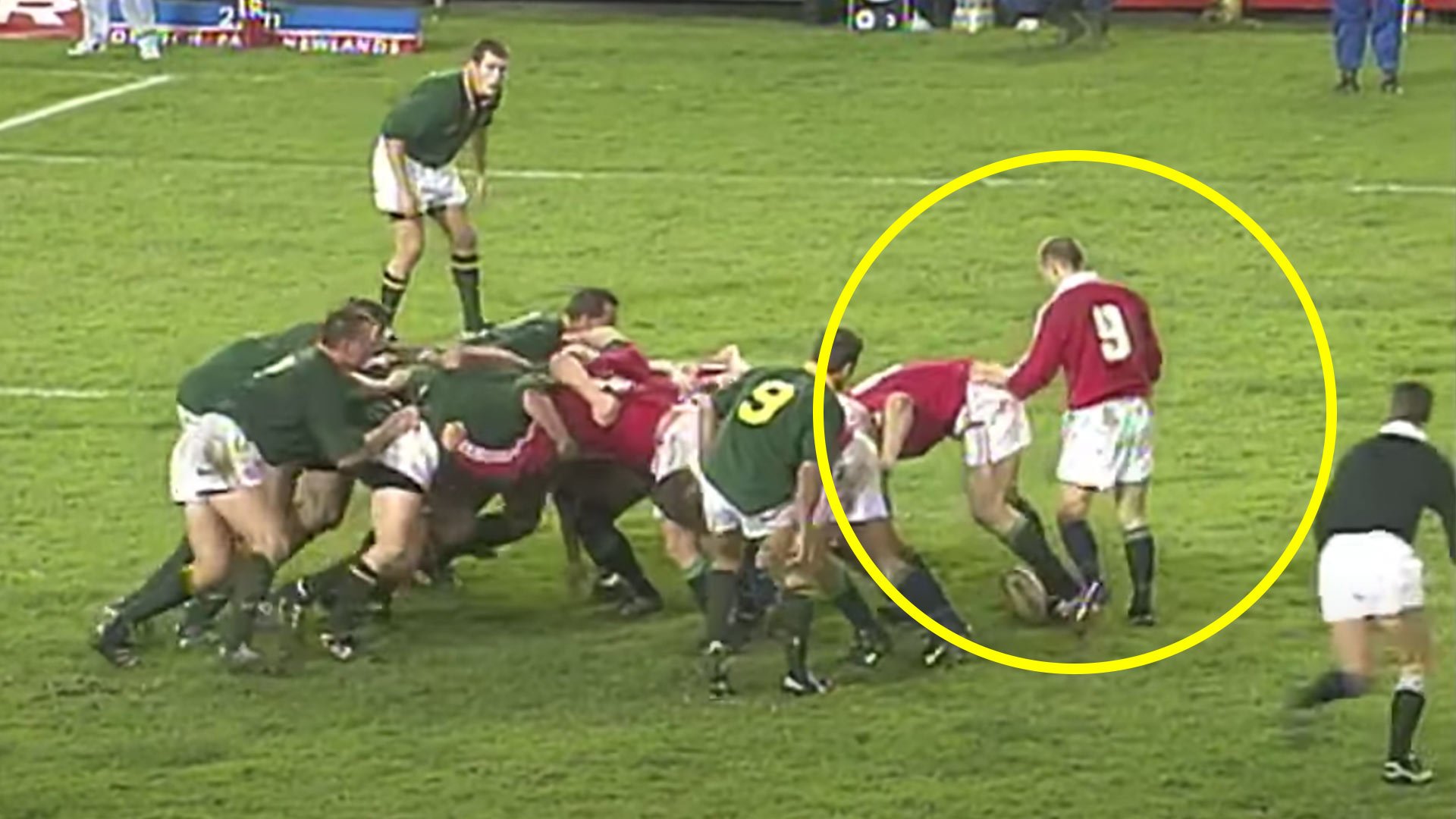 Footage has been released showing time when Matt Dawson humiliated the Springboks with one pass back in 1997.

The British & Irish Lions Tour of 1997 was one of the iconic rugby tours of the 20th century. The first test will be remembered as one of the best rugby tests in existence.

The first test was a close-fought affair, with the Lions coming out narrow victors against South Africa.

England scrum-half Matt Dawson scored one of the tries of the series. Not because of his speed or footwork. But because he managed to fool 4 South African players at once.

This dummy is now remembered as one of the best dummies in rugby history just because of the sheer audacity of trying it in such a big match.

The replay is even better than the actual throw!

In other news: Joe Marler re-signs for Harlequins

Joe Marler has rounded off his ten-week ban by signing a contract extension with Harlequins. The England prop was suspended until June 8 after a disciplinary hearing committee decided he had committed an act of red-card foul play when he squeezed the genitals Wales’ Alun Wyn Jones in the first half of a March 7 Guinness Six Nations match.

While neither England nor Harlequins have played a match since Marler’s ban was enforced on March 12 due to the outbreak of the coronavirus pandemic, disciplinary officials said the suspension was time and not match based which means it expires next Monday.

Ahead of that date, Harlequins have now confirmed that Marler has signed an extension with the Gallagher Premiership club he has represented on more than 200 occasions. “I’m a Harlequin and I love the club,” he explained.

“Growing up with Harlequins as my boyhood team, I remember getting thrown out of The Stoop as a fan when I was twelve because I had tried to run on the pitch. Now I get the chance to continue my journey with great friends, team-mates, coaches, and fans, without getting thrown out… yet!”