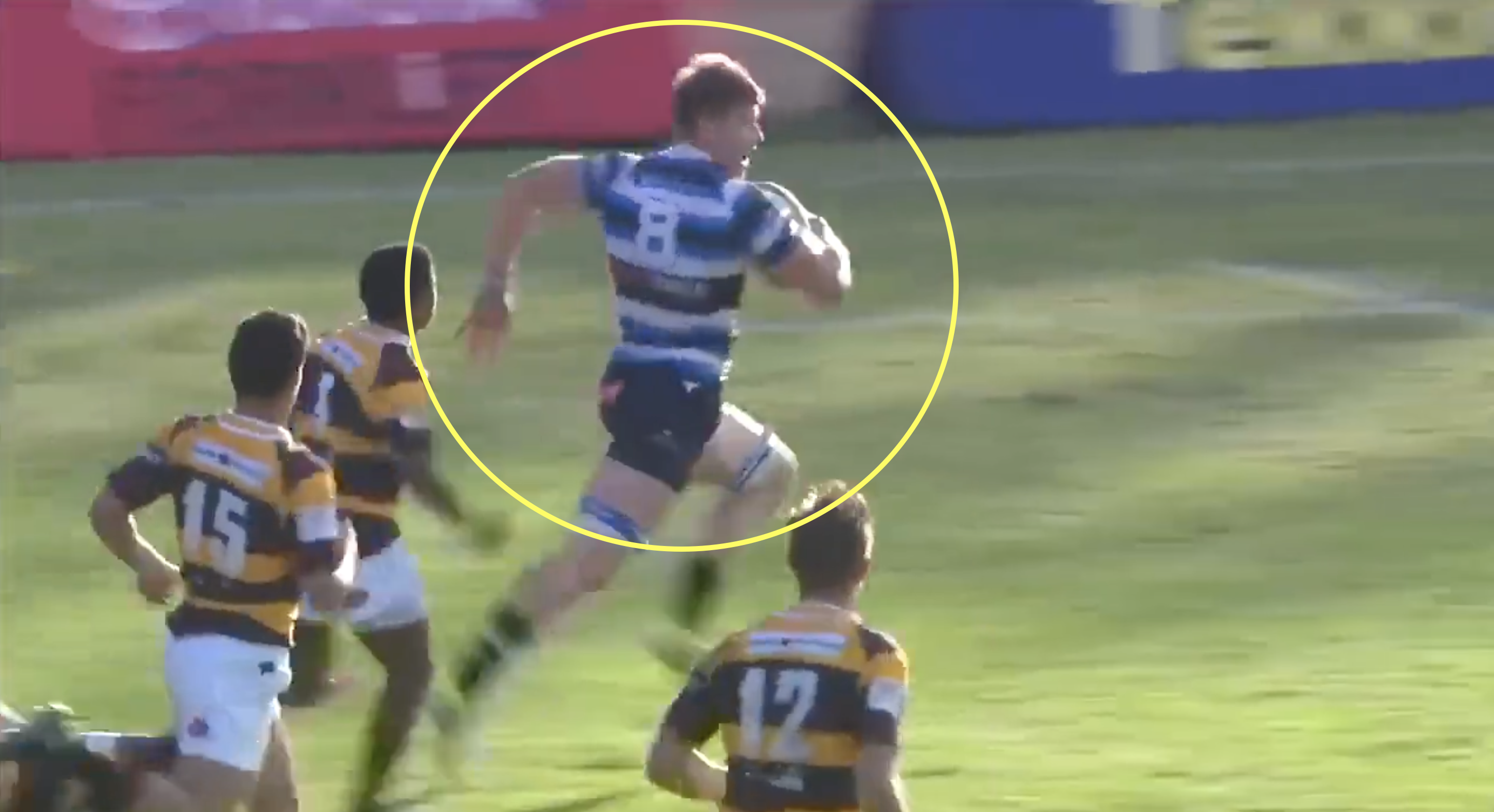 Evan Roos might be the hottest name in South African, and maybe even World Rugby, at the moment, but the 22-year-old has been on the radar for many ever since his school days.

The Stormers No8 scooped more or less every award going in the United Rugby Championship last week before a try scoring performance in the final as his side triumphed over the Bulls.

While there are plenty of highlights of the immense season the explosive loose forward has had, SuperSport recently shared a video of the No8 back in his school days for Paarl Boys’ High School, and it is equally as impressive.

The video sees Roos score a try from his own half against Paarl Gimnasium, where almost the entire team try and lay a hand on the No8 and fail miserably as he powers towards the line. This run was like prime Pierre Spies, who Roos has been compared to on occasion, and Springboks fans will not complain if he replicates runs like that in a green jersey in the way Spies did.

Evan Roos was unstoppable during his Paarl Boys' days 💪 pic.twitter.com/tJVwpVCeL9

Roos was also rewarded for his superb form this season with his first call up to the South Africa squad ahead of their three Test series against Wales in July.