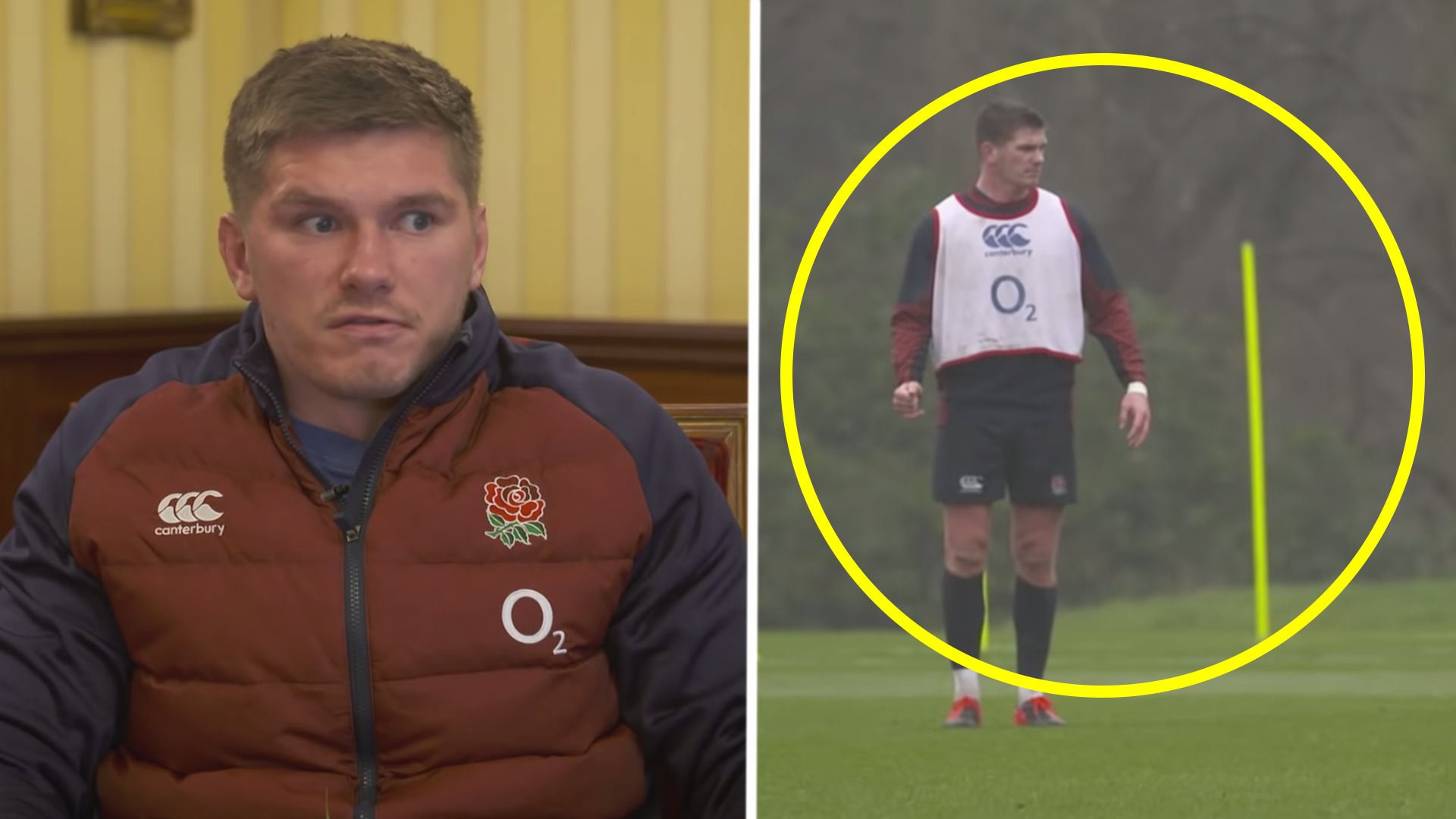 Footage of Owen Farrell being mic’d up in a training session on the latest episode of ‘The Next Level’ has made for some brilliant viewing.

The England captain was mic’d up for England in their training as they prepared to take on Wales in the Six Nations.

The episode was based around England and their leadership team which has been developed since Eddie Jones was in charge. It makes for very interesting and funny viewing.

Owen Farrell can be heard barking orders at players like George Ford and Manu Tuilagi.

We even saw a tackle from Owen Farrell, (which he wrapped properly in) which we are sure will annoy the rabble of rugby fans that insist he never uses his shoulders. The video that England released last night is truly brilliant, as it gives fans yet another insight into how this England team works under the leadership of Eddie Jones and the other senior players.

Here is the clip of Owen Farrell when he is mic’d up. It makes for brilliant viewing and it’s also very funny!

That has not happened to them in one campaign since 2007, although it is 18 years since they last lost a home game to the Scots. “We are trying to be a bit more clinical,” said Wales assistant coach Jenkins. “We scored 30 points (against England), which is out there for us.

“But conversely, we are conceding soft points. That has been an area for us in the last three games, and it is something we have to clear up. You can’t afford to give away 14 points a Test match. We are making silly errors in our game, some poor decisions at key points. That has to be cleared up.

Wales have shipped 84 points and ten tries during the run of losses, with a poor performance in a 24-14 loss in Ireland being followed by narrow reversals against France and England. And life will not get any easier for the remainder of this year, with three of Wales’ scheduled seven Tests after Saturday being against New Zealand, plus an appointment with world champions South Africa.