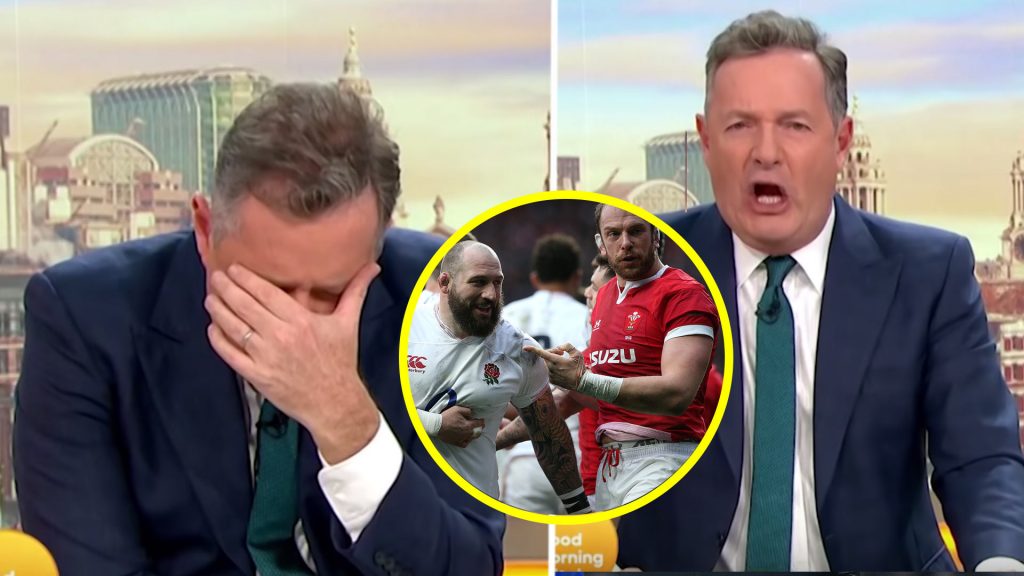 Footage showing Joe Marler grabbing Wales captain Alun Wyn Jones’ genitals during the Six Nations clash at Twickenham has prompted a furious debate, with the on-field incident having been missed by all officials, including the TMO.

Possible disciplinary action is now being looked into again Marler. However, Piers has defended the rugby player, saying ‘the world has gone nuts’ and ‘the PC brigade is alive and well’. Should Joe Marler be punished for this incident?

Wales assistant coach Neil Jenkins has underlined the importance of watertight discipline in Test rugby. The Guinness Six Nations, badly hit by the coronavirus outbreak that has seen three games postponed, will be adjourned – probably until next season – after this weekend’s clash between Wales and Scotland.

The remaining fixture still goes ahead as scheduled following a volatile fourth round of Six Nations action at Twickenham and Murrayfield. England prop Joe Marler courted major controversy after he grabbed Wales captain Alun Wyn Jones’ genitals during the first half of a game that England won 33-30. Piers Morgan and Joe Marler we’re sure you didn’t expect to hear this week.

Marler was subsequently cited by the independent match commissioner under World Rugby’s law relating to the “spirit of good sportsmanship.” The Harlequins forward faces a disciplinary hearing in Dublin on Thursday when he could hit with a lengthy ban.

Asked for his view on the Marler incident, Jenkins said: “From my perspective, the independent citing commissioner is dealing with that. It’s not what we want in the game, but it is what it is. They will deal with it in the right manner, and I’ve no doubt about that.”

Marler’s England team-mates Courtney Lawes and Manu Tuilagi will also appear before disciplinary chiefs in the Irish capital. Lawes was cited for a dangerous tackle on Jones, while Tuilagi received a red card following a high challenge on Wales wing George North.

And there was another flash-point during Sunday’s clash between Scotland and France, with Les Bleus prop Mohamed Haouas being sent off for punching Scottish flanker Jamie Ritchie. Jenkins, though, does not believe that weekend events reflected an overall decline in rugby’s standards as a sport.