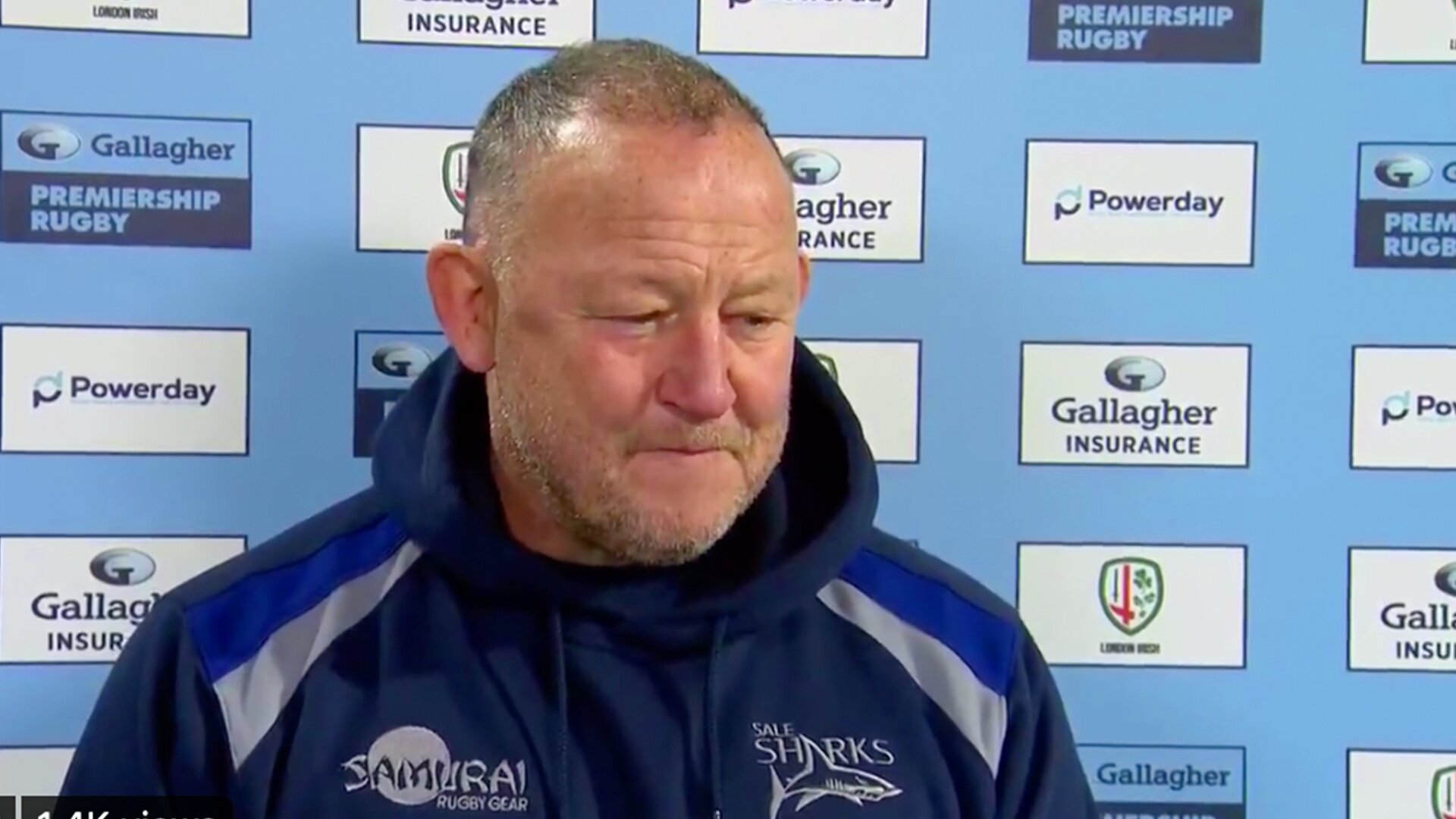 The shock news hit the rugby world today that the much-loved rugby coach would be leaving Sale after 10 years at the club.

The club made the announcement at noon today.

This will come as a heavy blow to Sharks fans who have grown very fond of Steve Diamond over the last few years.

An interview that Steve Diamond did with the Sale Sharks media team is proof that the 52-year-old certainly had no plans of leaving the club anytime soon.

In the interview, which happened directly after Sale’s win over London Irish on Sunday, he seemed a bit quieter than usual, but he was certainly not indicating that he would be leaving the club just two days later.

The really telling point was that something he said towards the end of the interview.

“We go to Toulon next week in a different competition, and we need to get our heads around that very quickly.”

Is this the kind of thing he would have bothered to mention if he knew he was going to be leaving the club the next day.

Sale currently sit at 4th in the Gallagher Premiership table, level on 10 points with Bristol Bears and Harlequins.

What effect will this have on the club, and the many players who joined because of him?

Does it say much about why he left?