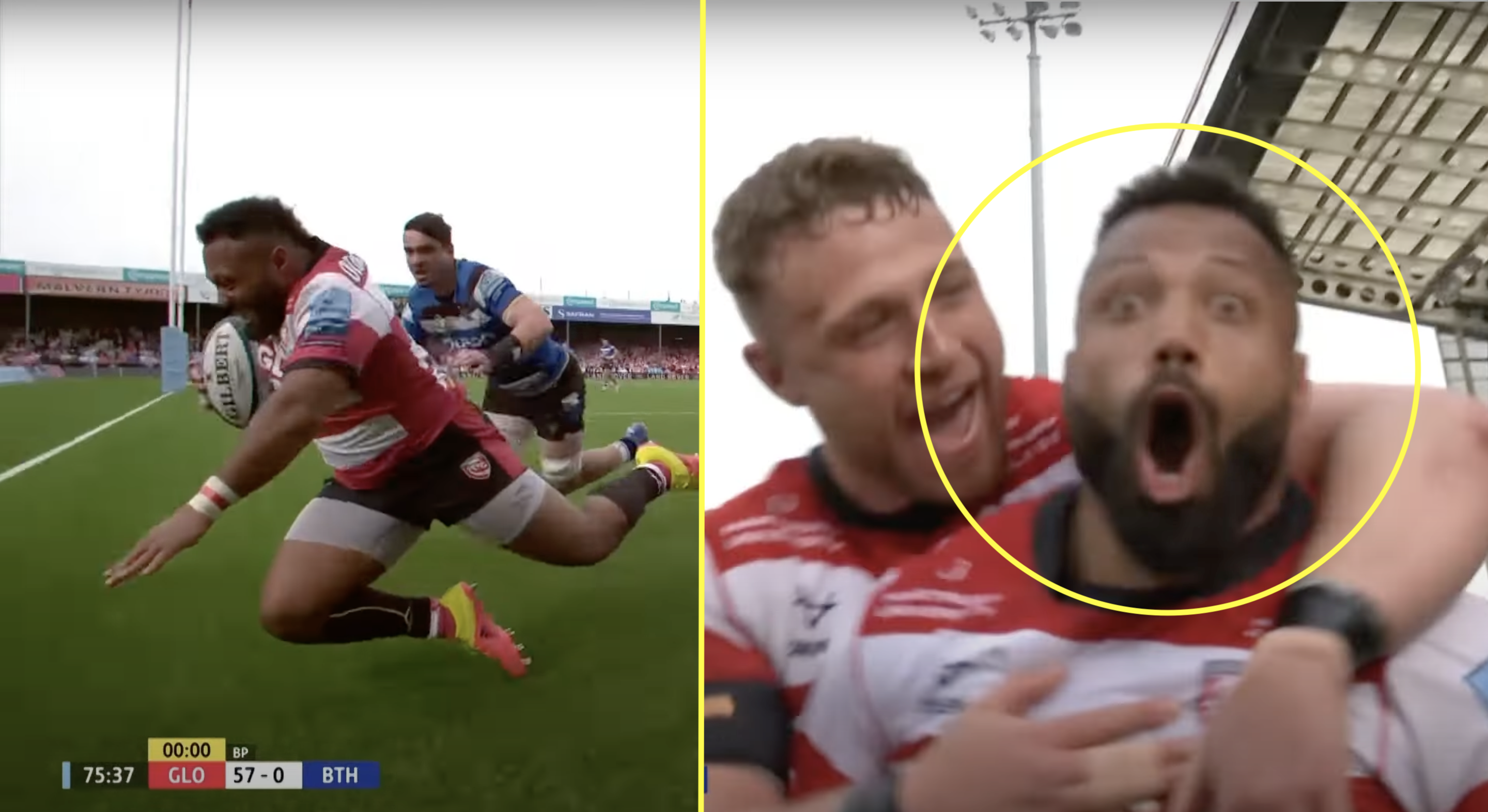 When your side are leading 52-0 with five minutes remaining, a loosehead prop can afford to loiter on the wing in the hope of bagging a meat pie. Luckily for Gloucester’s Jamal Ford-Robinson, he got what he was looking for against West Country rivals Bath on Saturday at Kingsholm.

The prop scored the Cherry and White’s penultimate try of their 64-0 thrashing of Bath, and it was not your typical prop’s try. The 28-year-old received the ball on the 22, on the wing to run in into the corner, and it was quite a reaction after scoring the try.

The expression from Jamal Ford-Robinson! 😂

Plenty of the talk at Gloucester at the moment is about winger Louis Rees-Zammit, who, after a brilliant performance against Bristol Bears last week, backed it up with a two try display against Bath.

But after displacing LRZ on the left wing for his try, Ford-Robinson had a brilliant message on Twitter on Sunday.

Gloucester head coach George Skivington said: “We got over the line three times without scoring, but we then played some superb rugby,” he said. “It was all the more pleasing because it was against Bath in a meeting between the two oldest rivals in the Premiership.

“What delighted me most was that we stopped them from scoring. To nil someone in the Premiership is massive and all credit to Dom Waldouck our defensive coach for the work he has put in.”

“If you want to win something you have to play good teams. We will find out over the next three matches whether we are going to get to where we want to be, but as I have said before we are not the finished article.

“There are a few sides who are ahead of us, but what we have here is a great togetherness which you saw again today. We had a tough end to the match at Bristol last week and the boys responded superbly.”